Hello everyone, I hope you all are fine and having fun with your lives. Today, we are gonna design our First Code in C#. In the previous tutorial, we have seen a basic Introduction to C#, and have also created our first project.

We are gonna use the same project, created in last lecture and we will add some code in our Console application. So, let's get started with our first code in C# Tutorial series. 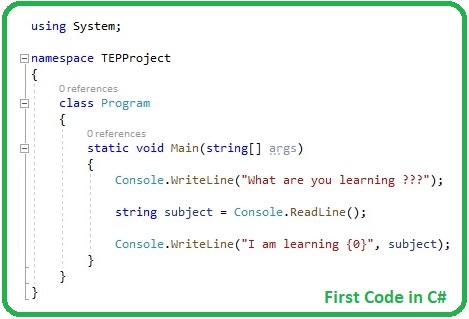 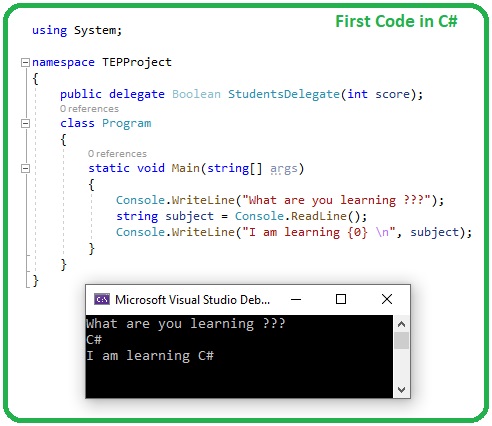 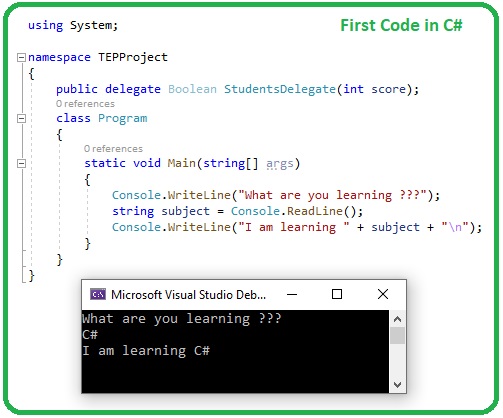 That's all for today. I hope you guys have got something out of it. In the next C# tutorial, we will have a look at Introduction to Data Types in C#. So stay tuned and have fun !!! :) 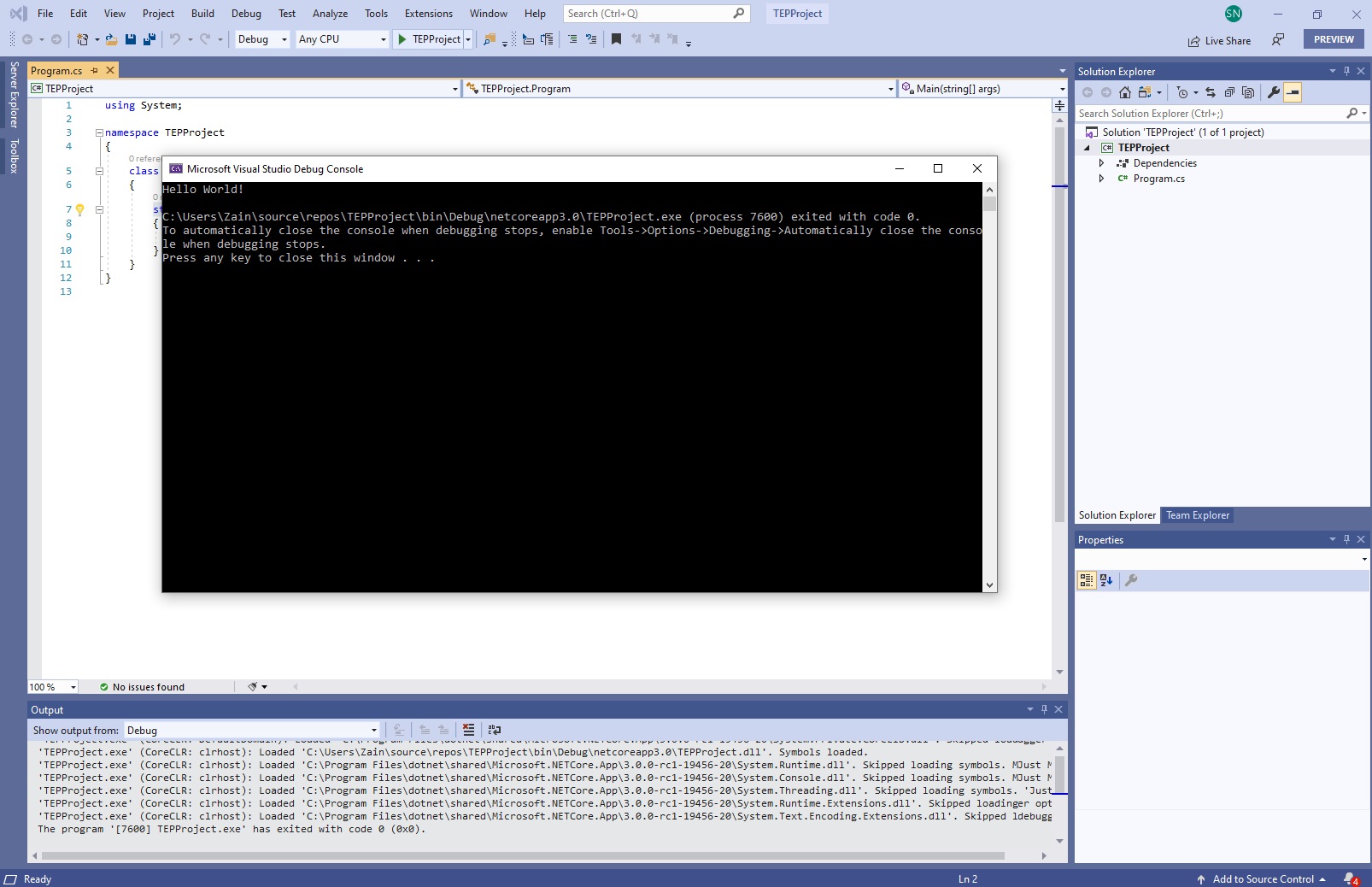 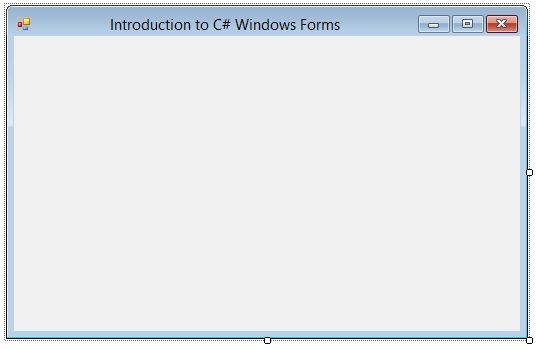