There have been numerous incidences of teenagers killing themselves with a gunshot, a shooter perpetrating mass violence, or a family member accidentally shooting another. These cases have occasionally brought about discussions about “smart gun” technology.

The discussion of smart gun technology started in 1995 in the NIJ (National Institute of Justice), where a technological approach was recommended to reduce the number of incidents where police officers were killed by assailants who grabbed guns. In the recent years, we have also seen leaders like Barack Obama recommending the commercialization of tech-gun safety systems.

What is smart gun safety?

The phrase smart gun is adopted by the society at large as a form of a personalized electronic safety technology in guns. The concept behind it is to ensure that a gun is fired by the authorized user. But in cases where a gun is discharged inappropriately, a different system is used.

There are three basic functions that an electronic gun safety system should have:

These conditions have to be satisfied by an individual depending on the challenges experiences in the environment and the constraints the weapon has. These variances create unique branches on the personalized weapons technology family tree.

What is the proximity sensors in smart guns?

The NIJ study focused its research on preventing weapons of the police from firing in close range struggles with assailants, in case the weapon is stolen. The study suggested that a proximity sensor that uses tokens like an RFID should be used. This led to the development of RFID gun prototypes, starting with Colt 1996 handgun, iGun M-2000, Armatix iP1 and TriggerSmart.

In this application, a ring, a wristband or a badge is worn by a user. This badge has a tag made of RFID like the ones used in supermarkets to prevent product shoplifting. It is the “key” used to unlock the firing system of a gun. Just like any type of key, it can be shared or duplicated. It is the possession of the token that is important.

The wireless RFID reader which is built in the gun operates like the authenticator. It creates a signal that the RFID tag receives via an embedded code. If a match is made, the electromechanical parts activate the gun’s firing system making it work. The response time of the system depends on the electromechanical parts that are used in the gun’s blocking system; these include the shape memory metals, solenoids, servomotors e.t.c. This system also controls the laser sight system as well.

In case the tag is far from the transmitter, then the gun will self-deactivate, and it will not respond. This instance is just like losing the key of your house door. For example, the Armatix iP1 has a self-deactivate policy of 15 inches. In case you decide to spoof a transponder with a wrong signal, the gun will remain on lock down.

The proximity of a gun to a token is not the final determinant of the rightful possession of a gun in a close struggle. The technology that is offered is simple, easy to use and different users can easily exchange weapons. The other great thing is that the weapon can be reliably disabled from use in case the officer is overpowered, and the weapon is in the hands of the assailant.

Guns used at home for protection are likely to be stored together with the token, to allow for quick operation in case of an intrusion. Anyone who has both the weapon and the token can fire.

In early 2000, a technology that evolved around in response to the child safe handgun legislation was made to stop use of firearms at home without authorizations. This brought in the use of biometrics which eliminates the use of the token. Instead of a token, a physical characteristic of an authorized user is used as the key.

To this day, fingerprints are the primary attribute in biometric systems; Safe Gun Technology’s retrofit of rifles and Kodiak Arms’ Intelligun use detection of fingerprints as an important part of gun security. The sensor and the pattern matching software are placed on the pin tumbler for the authentication to be done.

Capacitance imaging of the fingerprint is very common sensor technology . The disparity between the grooves & the ridges of the sensor plate and the finger, creates an electrical charge storage distribution, which can be measured using several conductor plates located in the sensor.

Infrared imaging and other pressure detection systems are used by other fingerprint sensors, to form a distinct print representation. 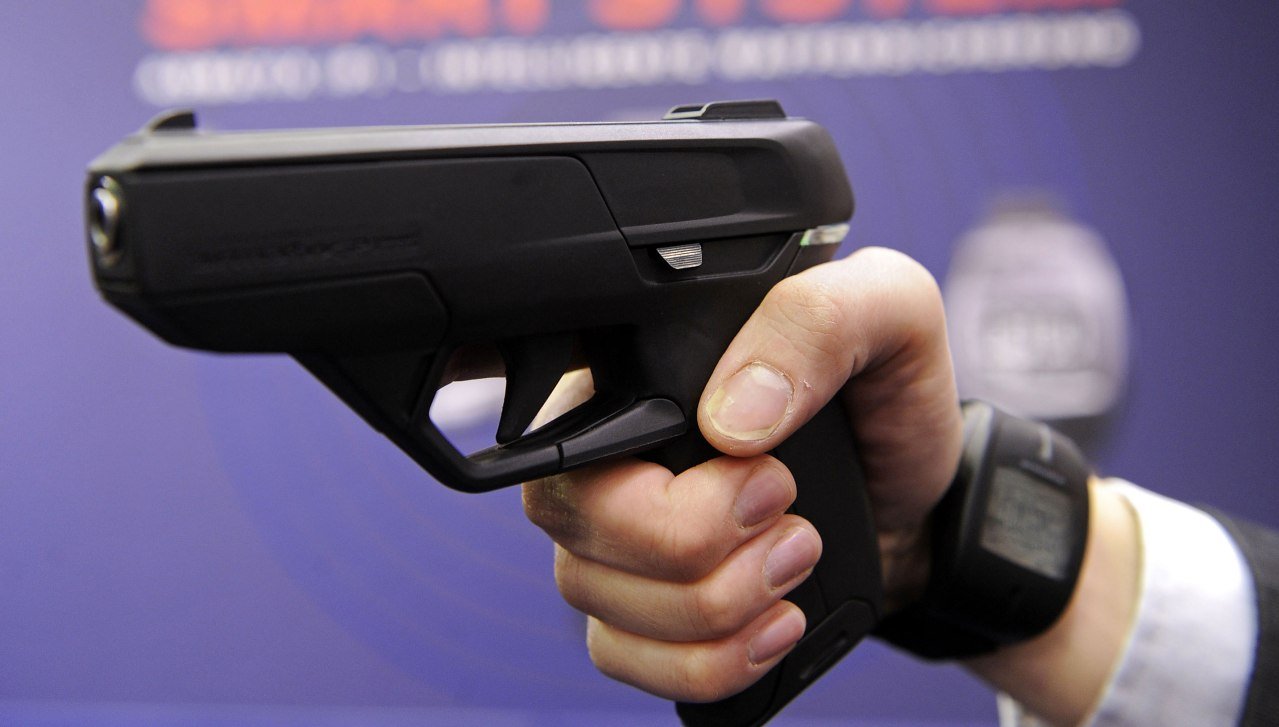 Electronic gun safety is frequently tested for its reliability. The internal firing system of a weapon is not safe for electronics; but sufficient history exists on the low failure rate of the electronic hardware in magnitudes between 1 in 1000 and 1 and 10,000, depending on the quality and precision of the weapon.

Power has been a concern, but the microprocessor advances and battery usage have countered this issue. A wake-Up software and motion detector can reduce the battery drain when the gun is stored. Loss of power has further been challenged by integration of a power supply to the ammo clip.

The advance in technology benefits the reliability rates when different measures are used. Personalized weapons technology has a significant contribution to injury or death reduction in the unauthorized and accidental use of a gun. Smart guns are now being used in advanced technology and robotics to see how guns can be used in different scenarios in the future.