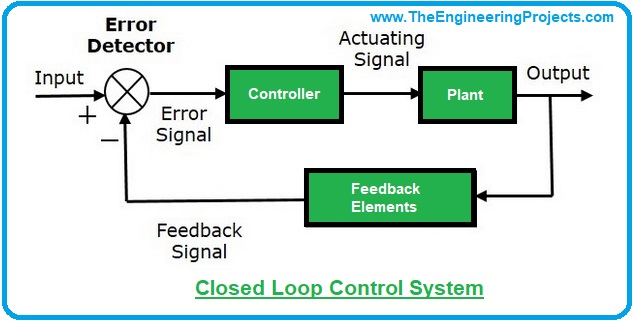 Hello friends, I hope you all are doing great. Today, I am going to start this new tutorial series on Control Systems. I will start from very basics and will slowly move towards complex concepts. I'll not only cover the theoretical control systems, but will also focus on its practical implementation. Though out this tutorial series, I will use MATLAB software (where required) to solve & plot different features of control systems.As it's our first tutorial, so today, we will have a look at detailed Introduction to Control systems. Before starting with technical details, I would like to simplify things, by first providing the basic concept of a Control System. So, let's get started:

where, X is input, Y is output and Constant 5 is acting as a Control System.

Real Life Example of a Control System As I have mentioned earlier, we are literally surrounded by control systems, these days. Keeping this simple, let's have a look at the example of a smart fan, which regulates its spinning speed with respect to atmospheric temperature. Hence the input parameter i.e. temperature helped us in changing the system's output i.e. Spinning Speed. Below is the block diagram for representing the control system of a smart fan:

Now I hope that you can quite easily find different control systems in your surroundings. Now let's have a look at Main two Types of Control Systems:

Control Systems are classified into two main categories, which are: Let's discuss them one by one, in detail:

[dt_gap height="10" /]Here we will be discussing two examples of open loop control systems, to get a better understanding of the process.Clothes Dryer is a very simple example of an open loop system. When damp clothes are put in the dryer machine, the operator / user sets the time for drying the clothes. This time acts as the input signal for the dryer. Correspondingly at the end of that time, the machine stops and clothes can be taken out. Now the thing to be noted here is that no matter if the clothes are dry enough or not, the machine will stop because of the time (input signal) fed to it. So the output of the system does not affect the input in this case. For a better understanding the block diagram of a cloth dryer control system is shown below:

Traffic Light system is another easy to understand example of an open loop system. Certain input signals are fed to the controller, which then displays one of the three lights at the output turn by turn. The direct input signals can be altered to change the output light but the output has no affect on the input. As we are not passing any feedback i.e. which light turned ON or OFF.

The block diagram above is an excellent representation of a closed loop control system. As seen, the system output is being fed back to the controller through an error detector. The function of the error detector is to find the difference in the input and output signal, and feed this difference to the controller so that the output can be adjusted. In this way the system output is being automatically adjusted all the time with the help of the feedback signal and the operator does not have to worry about it.

Pros and Cons of Open and Closed loop

So fellows, this was all about Open and closed loop control systems. I hope things are much clearer now and we can move to another set of classification of the control systems.

Control systems are also classified into theese two categories, named as: SISO, as the name suggests, is a simple control system which has a single input signal and give out a single output signal. They are easy to design/implement and are used for most basic applications due to their Input/output simplicity.MIMO, as the name indicates, are complex types of control systems having multiple input signals triggering the system controller and in return generating multiple system outputs. These are larger and complex systems used in industrial applications mostly, which require a series of outputs.Examples of SISO and MIMO Control Systems:A fan speed control is a very common example of a Single Input Single Output system. A single input in terms of voltage is supplied to the system which in turn results in the fan working.On the other hand, a Radio system is a typical example of a Multiple Inputs Multiple Outputs system. A combination of Input signals are applied and transmitted over multiple lines to produce the required communication signals at the output.So this was all about SISO and MIMO control systems. The concept is pretty much basic but the same statement cannot be true for their applications. They are very versatile and at the same time very much used around us in our daily lives. So being done with these for now, I think it's time to move on to another interesting classification of the control systems. 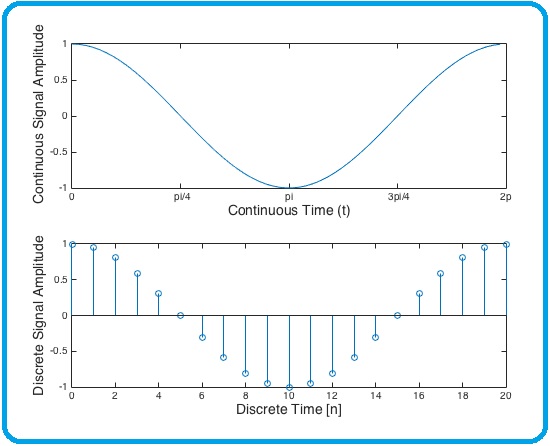 So now coming towards the continuous time control system and a discrete time control system: So guys, this was all about the basics of control systems today. This topic is very elaborate including the different types of controllers and their design and everything, but I have tried to keep it simple and introductory as per the topic's name. For an in depth study of control systems and their controller design, stay tuned with this control systems tutorial by email. In the next lecture, we will have a look at the detailed Introduction to Transfer Functions. For now, I'm hoping that this would prove helpful for your basic concept and understanding. Till next tutorial, take care & have fun !!! :)