Hello Friends! I am back again to fill your appetite with more knowledge and skills. Today, I am going to explain the details on the Introduction to BF259. It is a bipolar NPN (negative-positive-negative) silicon transistors which comes in metal casing. It consists of one P layer that lies between the two layers of N doped semiconductor. I am going to cover all aspects related to this bipolar transistor. Let’s get started and have a look, how it works and what are the applications it finds useful. 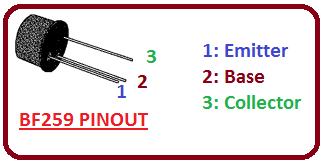 The mechanical outline of bipolar silicon transistor BF259 is shown in the figure below: 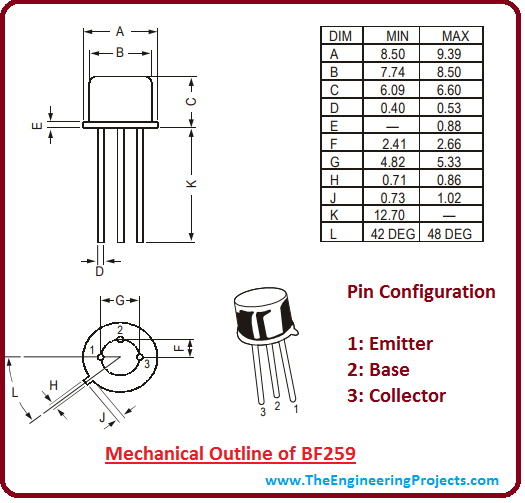 The circuit symbol of BF259 is shown in the figure below: 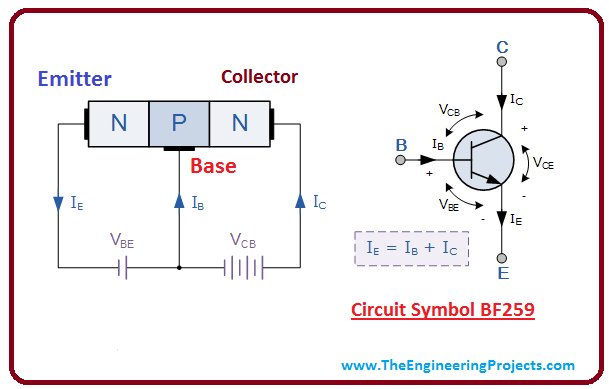 The maximum absolute rating of BF259 is shown in the figure below.

That’s all for today. If you have any question you can easily ask in the comment section below. I’ll try my best to help you solve your queries. Your suggestion and feedback will be highly appreciated. Stay tuned for next article.