Hey Everyone! I hope you are doing great. We always come with some awesome topics related to engineering so you can excel and progress in your relevant field. Today, I am going to give you a brief details on the Introduction to 2n1711. It is an NPN (Negative-positive-Negative) bipolar junction transistor (BJT) which is mainly used for amplification and switching purpose. It encompasses low leakage current, high break down voltage, and low capacity which makes it useful over widely current range. I’ll try to touch every aspect related to this transistor so you can get an idea what it does and what are its main applications? Let’s get started.

2n1711 mainly consists of three terminals which are described below. 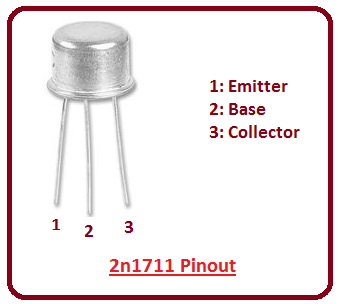 Circuit symbol of 2n1711 is shown in the figure below. 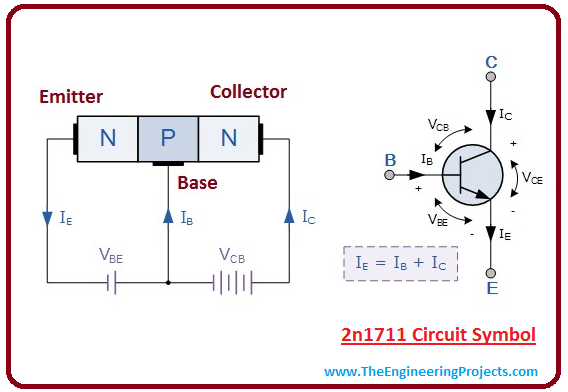 Absolute maximum rating of 2n1711 is shown in the figure given below.

Mechanical outline of 2n1711 is shown in the figure below.

This is all about the 2n1711 BJT. I hope you have enjoyed the article. I try my best to give you information divided in small step so you can digest the information without much effort. If still you feel any doubt or question, you can ask me in the comment section below. Your suggestions and feedback will be highly appreciated. Stay tuned for next article!