Hi Everyone! I hope you all are doing great. I am back to whet your appetite with daily dose of information and knowledge that puts you ahead from others and makes you stand out of the party. Today, I am going to give you the Introduction to 2n7000. It is an enhancement type N-Channel MOSFET which is mostly used for low power switching applications. It comes with different current ratings and lead arrangement. I am going to give you a brief detail about this component, so you don’t have to go any where else to find information regarding this device. Let’s get started. 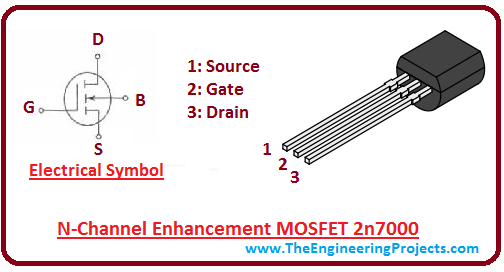 2n7000 is a uni-polar voltage controlled device which consists of three terminals. 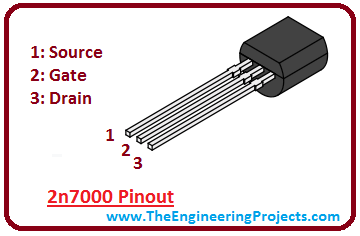 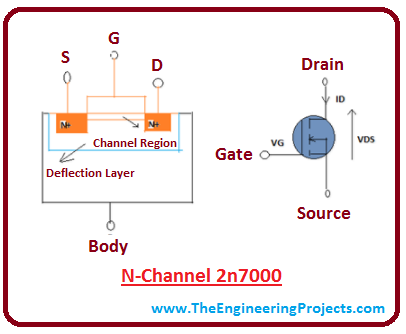 Maximum rating of 2n7000 are given in the figure given below. 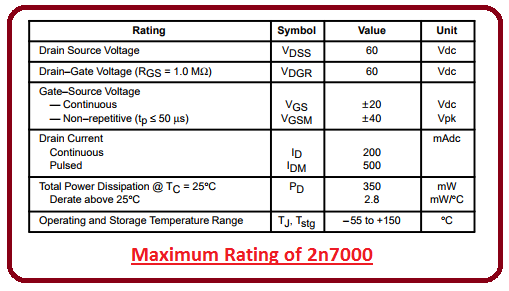 Difference between N-Channel MOSFET and BJT

That’s all for today. I hope you have enjoyed the article. I always try my best to give you quality work that requires minimum effort from your side to digest this information completely. However, if still you need any kind of help, you can ask me in the comment section below, I’d love to help you in this regard. Thanks for reading the article. Stay Tuned!