Hey Everyone! I hope you are doing great. I am back to give you daily dose of information so you can excel in your life. Today, I am going to uncover the details on the Introduction to 5n50. It is an N-Channel MOSFET which is designed to obtain high switching performance and minimum on state resistance in an effective way. It is a unipolar device which comes with three terminals called drain gate and source. I’ll try to cover everything in detail related to this N-Channel MOSFET. Let’s hop on the board and dive in the details to unlock the features of this transistor.

This N-Channel MOSFET consists of three terminals which are given below. 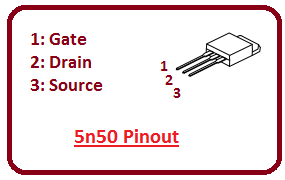 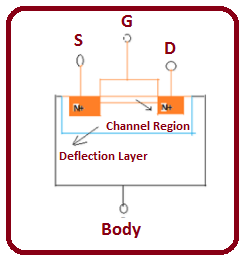 That’s all for today. If you have any query or question you can ask me in the comment section below. I’ll try my best to help you in this regard. Thanks for reading the article. Stay Tuned for next article!