If you are aiming to convert any value from one temperature scale to another, you can’t brush off the sheer value of converters that give you the instant solution as per your research and experiments you are carrying out.

Following formula is used for converting temperature from Celsius to Rankine scale.

As per the given formula

120 Celsius degree is equal to 707.67 in Rankine temperature scale.

Table with Some Common Values 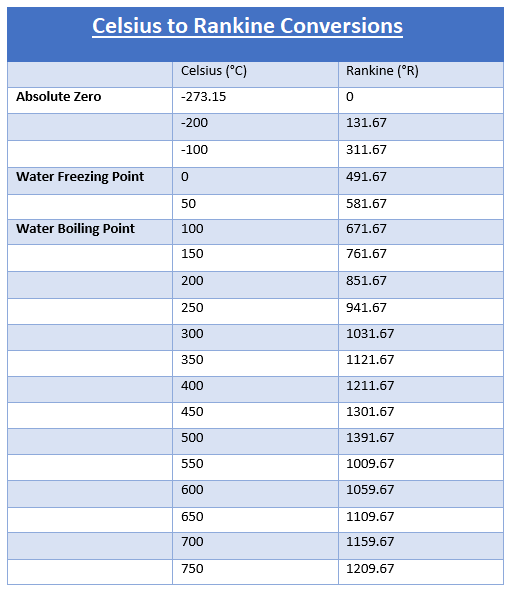 The Celsius is a widely used temperature scale that can be defined in terms of Kelvin. The -273.15 Celsius degree is equal to the 0 K, the point mainly known as Absolute Zero.

Absolute Zero is the lowest temperature at which particles stop to flow in the channel. This temperature is mainly considered in solving the problems theoretically, as achieving this temperature under practical conditions is near to impossible.

The Celsius scale is named after Swedish Astronomer Anders Celsius. Right after the inception of this scale, it was widely known as the Centigrade temperature scale until 1948. After that, the scale was named after the Astronomer (Celsius) who introduced it at first place.

Before defining the Celsius scale in terms of Kelvin, it was defined as per the freezing and boiling point of water where it freezes at 0 ºC and boils at 100 ºC.

Rankine is a temperature scale that can be defined as an absolute scale of thermodynamic temperature. This scale was introduced in 1859 by William John Macquorn Rankine. The scale was named after him.

The point worth mentioning here is that both Celsius and Rankine scales don’t share a common starting point unless we add some offset to make them equal.

I hope this read brings some value and comes out beneficial in terms of giving you a brief overview of these two temperature scales. If you are feeling skeptical or have any question, you can approach me in the comment section below. I’d love to help you the best way I can. Thanks for reading the post.