Hello everyone, I hope you all are doing great. In today’s tutorial, I am going to give you a detailed overview of LNG Transfer Systems. In the recent past, there has been tremendous growth in the demand for LNG. This has raised the LNG shipping rates around the world. The growth in demand is expected to keep increasing and reach a factor of 50 per cent by the year 2020. It is also estimated that the global cryogenic market will hit an all-time high of $21 billion by the year 2021.

Most shipping companies are going for LNG as compared to conventional fuels based on oil for their ships. The lowered limit on air emissions, need for efficiency and increasing operational costs has pushed many shipping firms to look for better fuel for their maritime activities. LNG has proven to handle these challenges better. This is why you now find that vessels, including tugboats, cruise liners and tankers, have adopted LNG fuel.

Safety is one of the most important aspects that come into play when transferring LNG to the vessels. There has been a spirited effort to look for technologies that will cut down the risk of accident spills significantly. Luckily, there have been several steps towards the goal with decreased spills both at the harbour and high seas.

Here is a look at some of the most common LNG transfer systems.

This method denotes the transfer of LNG or LNG bunkering from the carrier ship to another. The process usually involves two ocean-going vessels or at the harbour where the moored ship is usually docked or moored at a pier. The process can be done with several types of vessels that include FSRU, LNG Carrier, LNG bunker barge and LNG feeder ship. The operation can either be done as a cargo transfer or fuel a ship propelled by LNG.

The use of hoses and hose reels for transferring LNG fuels is one of the commonest transfer systems, especially at the harbour. This process generally involves the connection of hoses from the source of the fuel to the tanker being fuelled. There is also an emergency release system that shuts down when a leak is detected on the hoses; the source or the tanker to which the fuel is being transferred.

This method has been gaining popularity in the recent past due its cost-effectiveness and safety compared to the traditional loading arm technique. New technologies have made leak detection, as well as shut off automated, thereby lowering the risk of a spill with over 80 per cent.

This is the oldest method used for fuelling tankers and other vessels at the harbour. It is still capable of being used for LNG transfers. However, the method is less desirable for modern transfers due to a number of problems. There have been many instances where the arms have been found to be severely damaged. LNG is also transferred in very low temperatures. Temperatures in the range of -163 degree Celsius are likely to cause ice build up and create thermal shocks to all the systems involved in the transfer of the fuel. These two major problems have led many players in the industry to warn shipping companies of the increased risk of catastrophic disasters from the thousands of tons of fuel.

Given that the method is still very popular, there have been efforts to make the process safer. One of the major improvements is the adoption of all-metal arms. These arms come with swivel joints that can move should the ship being fuelled move about on the harbour. The all-metal arms have a lower chance of bursting, and the joints prevent any unnecessary tension or breakage in the process. However, even with these improvements, the system can best be used in the mildest harbour environments, which makes it less convenient.

Many shipping companies are going for the flexible cryogenic hoses. Their flexibility and ability to perform well in harsh environments have made them one of the safest methods of transferring LNG to the vessels. These hoses are usually fitted with emergency release couplings along the entire transfer length. The couplings come with a double closing valve technology, which cuts supply from the source for a fast and safe shutdown if a leak is detected. The flexibility compensates for sudden movement of the tanker. 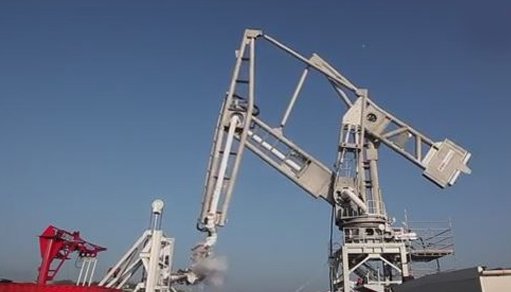 Maritime organisations around the world have come up with several measures to further enhance safety during LNG transfers. Here are some of the guidelines put forward.  Emergency Response Programmes:

An emergency plan includes fire fighting equipment, first aid equipment, and emergency power backup, among others. The plan should enhance control, mitigation and elimination of risks.

The LNG bunkering facility, receiving ship operator and the master of the receiving ship have responsibilities to ensure that all the procedures have been followed. Each of the stakeholders is responsible for the teams working under them. Therefore, each should take all possible care to prevent any damage to facilities and injury to crew members.

In addition to the above, there should be a checklist of all the conditions that should be met to ensure enhanced safety. There is also LNG bunkering safety training that should be taken by all crew members involved in the fuelling process.

LNG is rapidly gaining prominence among maritime organisations around the world. With more ships on the line for fuelling, safety should always be at the forefront before, during and after LNG transfers. The skills of the crews working in the process should be enhanced, and procedures followed to the letter.

In addition, the use of technology is vital in dealing with any risks and challenges in the process. With several smart technologies in the market today, there is even a better chance to enhance safety and efficiency in LNG transfers than it was possible a few years back.