According to information published by representatives of the US space agency NASA, the Voyager 2 spacecraft, which is now at a distance of 18 billion kilometers (11 billion miles) from Earth, has reached the outer space. The data recently transmitted by Voyager 2 indicates that it has successfully “pierced” the heliosphere, the protective “bubble” of charged particles and magnetic fields that “envelops” the solar system, protecting its planets from external cosmic radiation.

Let us remind our readers that the Voyager 2 was launched into space on August 20, 1977, 16 days earlier than its twin, the Voyager 1 was launched. Both Voyager mission devices carry identical scientific equipment and a Golden Record gold plate containing various sounds and a brief history of our world and civilization.

Currently, the Voyager 2 has been in space for more than 41 years and 3 months, making it the longest living man-made spacecraft. Note that the mission was originally planned for a much shorter period, about five years, during which Jupiter and Saturn and the vicinities of these giant planets of our system had to be studied by the device. After the end of the main mission and the solution of all tasks, the mission’s leadership decided to send the Voyager 2 apparatus even deeper into space, to Uranus and Neptune. For this reason, some remote upgrades were carried out, which affected mainly the onboard computers and controller’s software.

Let us remind our readers that the Voyager 1 apparatus in 2012 became the first man-made object that managed to cross the heliosphere border of our system and enter the outer space. Now the Voyager 2 became the second spacecraft to do so, but this case provided scientists with a very large amount of valuable scientific information because they already knew in advance what they would have to face and what they should pay attention to first. 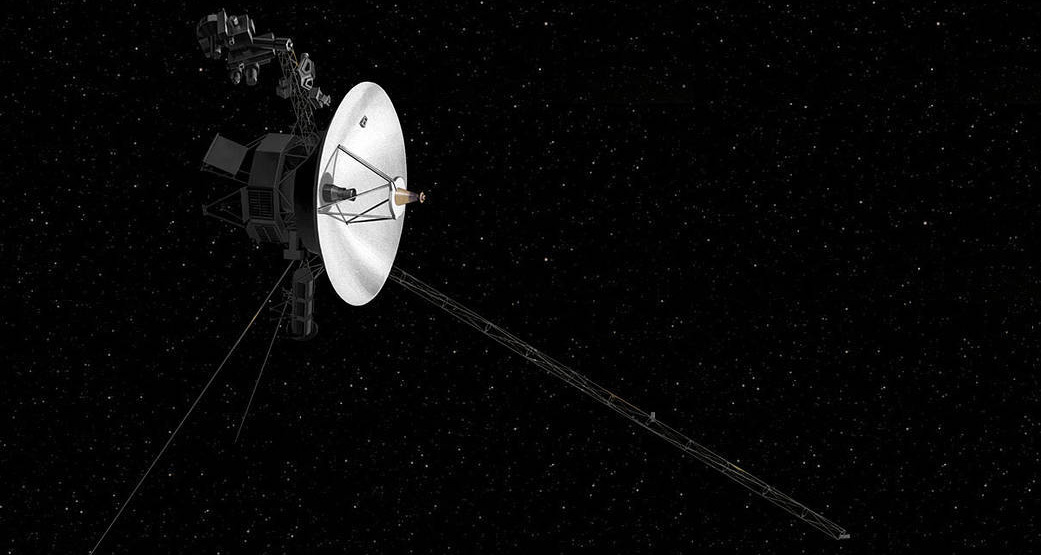 The value of the data collected by the Voyager 2 increased due to the fact that its instrument Plasma Science Experiment (PSE) at the time of crossing the outer layer of the heliosphere was in a fully operational state. Note that the same tool in the apparatus Voyager 1 was malfunctioning since 1980. The PSE tool is designed to measure electric currents induced by the solar wind, which makes it possible to determine the speed, density, temperature, and pressure of the solar wind. The universe is a fascinating place, the adventures and struggles of which should be experienced with someone you love by your side, so be sure to visit this dating video chat for all of your dating needs!

On November 5, the equipment of the Voyager 2 apparatus began to register a sharp decrease in the velocity of the particles of the solar wind. This is the main sign of the achievement of the so-called heliopause region, an area where the pressure of the solar wind begins to be balanced by the pressure of the interstellar medium. At the same time, other tools began to issue additional data, which served as confirmation of the above fact.

Now the environment in which the Voyager 2 apparatus is located is strikingly different from everything that it has had to deal with earlier. The relatively high temperature of the solar wind has changed to the cold of a rather dense interstellar medium.

Despite the fact that the Voyager 2 has already left the heliosphere, it is still quite far from the generally accepted boundary of the solar system which is located outside the horizon cloud. The Orta cloud is a massive “bubble” of particles and blocks of ice, the inner boundary of which is at a distance of 1000 astronomical units from the sun. For reference, the astronomical unit is equivalent to the average distance between the Earth and the Sun and is approximately 149.67 million kilometers.

Unfortunately, the Voyager 2 will no longer be able to send images taken in interstellar space to Earth. In order to save the scarce electricity, all the cameras and other non-essential scientific instruments for the current mission were turned off. Since the Voyager mission vehicles are very far from the Sun and cannot rely on solar batteries, the main source of their energy is a radioisotope thermogenerator, the power output of which decreases by 4 watts over the course of one year.