Hello friends, I hope you all are doing great. In today’s tutorial, we will discuss What is Ohm’s Law. In 1781 an English scientist and philosopher Henry Cavendish was doing an experiment on the tubes which were prepared by the brittle material like glass to measure their radius (r) and length, tubes were full of salty solutions. During this test, he computes the current which he sensed as he accomplished the circuitry with his body. By this observation, he referred that the current is directly proportional to the voltage. He didn’t share his finding to other people and his findings remained unknown till 1879 then Maxwell shared them with other scientists. To practically see the working of ohm’s law, you should try our online Ohm’s Law Calculator.

In 1814 Francis Ronald said that findings of Cavendish are not accurate but in the presence of certain conditions like temperature, pressure. After Frances Ronald Ohm’s work on Cavendish theory in 1825 and gave his findings in 1827. In today’s post, we will have a look at its working, introduction, circuit, and applications. So let’s get started with what is Ohm’s Law.

What is Ohm’s Law

What are the Ohmic and Non-ohmic Conductors

Analyze Ohm’s Law with the Given Circuit 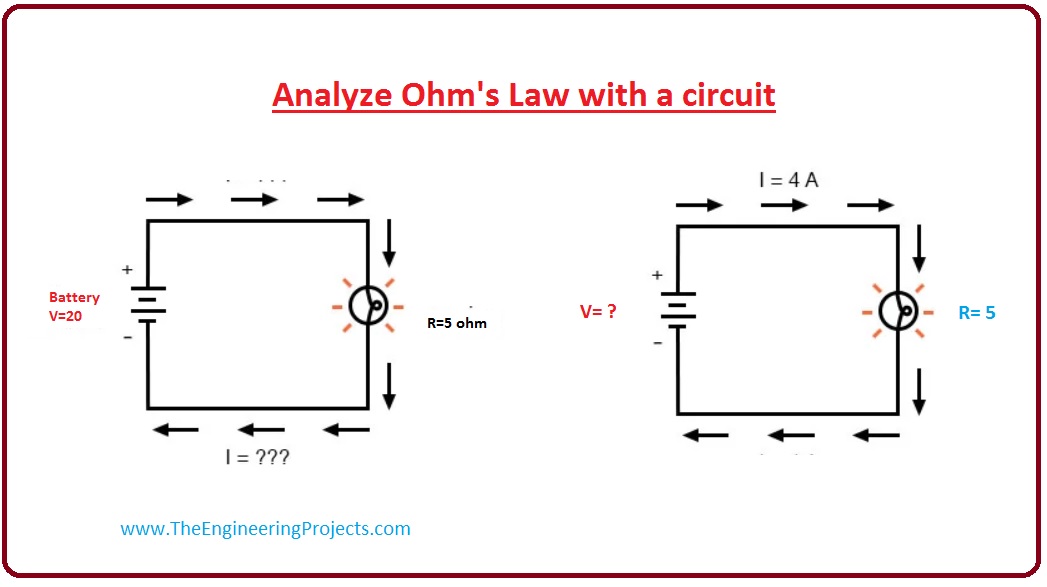 So it was all about ohm’s Law if you have any question about asking in comments. Take care until the next tutorial.