Hello friends, I hope you all are doing great. In today’s tutorial, we will discuss What is Inductance. In 1886 first time in the world the word inductance was used by the English scientist Oliver Heaviside. The symbol for the inductance is L that was indicated due to the scientist Heinrich Lenz who gave famous Lenz’s law. In system international (SI) the unit of the inductance is Henry. It can be defined as if one volt is provided to the coil and 1A current passes through coil than flux induced in the coil is one weber the inductance of the coil will be one Henry.

Henry name is used due to American scientist Joseph Henry who find the phenomena of the self-inductance. In today’s post, we will have a look at different parameters of the inductance and its working. So let’s get started with What is Inductance.

Energy Stored in an Inductor 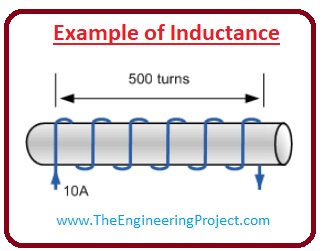 It is the detailed article on the inductance I have written almost each and everting related to the inductance in this post. If you have any question ask in comments. Thanks for reading.