Hi everyone! Thank you for viewing this article, I welcome you on board. In this post I’ll walk you through the detailed Introduction to BC546. BC546 is a low power NPN transistor mainly used for general purpose amplification and switching applications.

In this read you’ll study all nitty-gritty of BC546 transistor i.e. from pinout, pin configuration, and working principle to power ratings, key parameters, physical dimensions and applications. Keep reading. 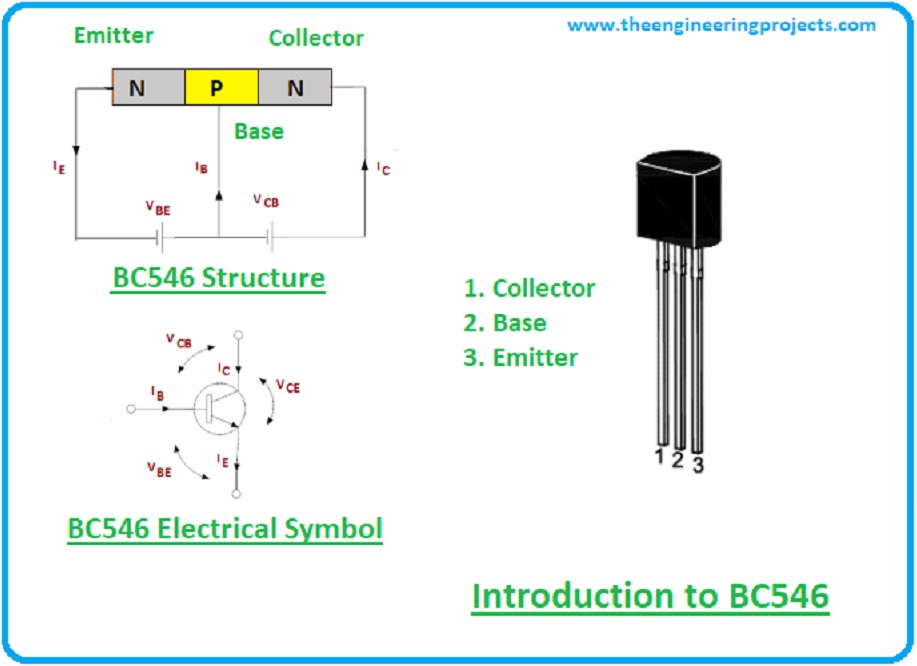 Absolute maximum power ratings of this NPN transistor are shown in the figure below: 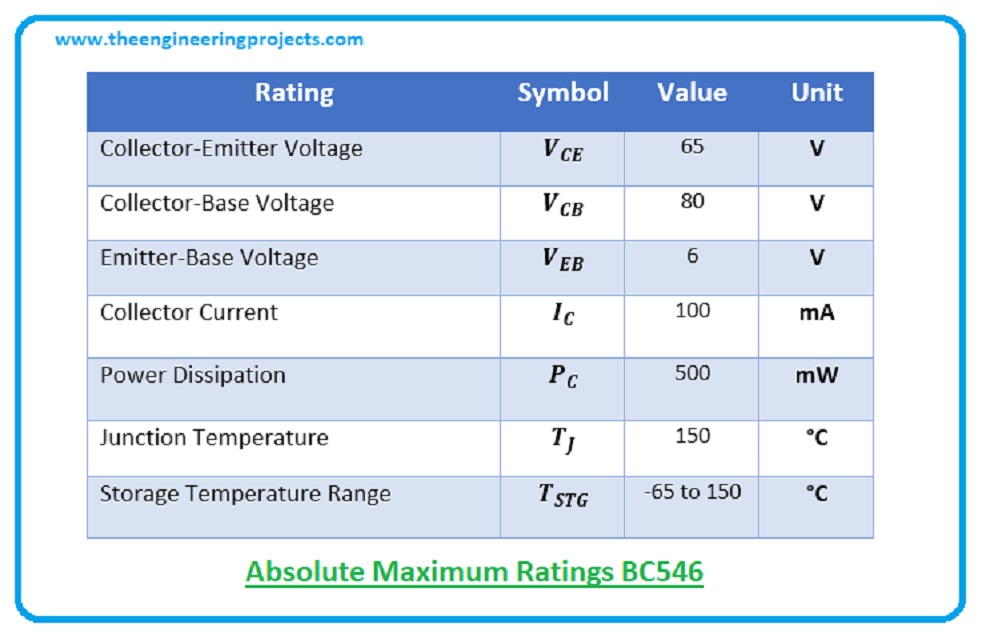 Base terminal is also called the active mode, and is mainly responsible for transistor action, where voltage is applied that draws small current which is then used to control large current at the emitter and collector terminals.

In cut-off mode transistor acts like an open switch and no current flows between the terminals.

Saturation mode acts like an ON switch where current flows from collector to emitter. In this condition the voltage difference between collector and emitter is zero.

In reverse active mode transistor acts like an active mode but here current direction is reversed, now it flows from emitter to collector.

All transistors mentioned above are NPN transistors and are composed of silicon material. While its complementary types PNP transistors are BC556 & BC559.

BC546 is mainly used in the following applications:

Following diagram shows the physical dimension of BC546: 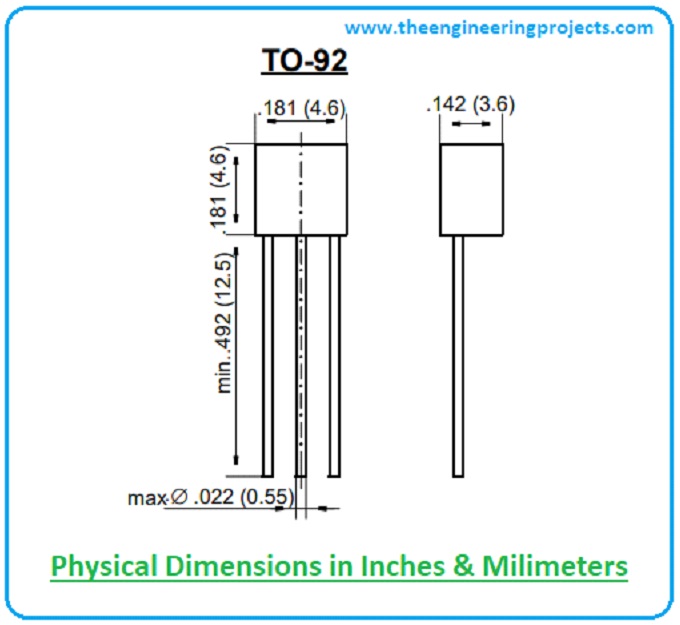 All three terminals are 0.492in in length and 0.181in in width with distance between two terminals 0.142in. This transistor carries weight approx. 0.18g.

That’s all for today. I hope you’ve got clear idea about BC546 transistor. If you are unsure or have any question, you can ask me in the section below, I’d love to help you the best way I can. You’re most welcome to keep us updated with your valuable feedback and suggestions. Thank you for your precious time.