Hi Friends! Glad to see you here. I hope you’re well today. In this post, I’ll walk you through the Introduction to BC548.  BC548 is a general-purpose transistor that falls under the family of NPN transistors. It carries three pins that are mainly used for external connection with the circuit. The small current at one terminal is used to control the large current at other terminals. Moreover, it can drive loads under 500mA and is available in TO – 92 package.

I suggest you read this post all the way through as you’ll get to know all nuts and bolts of BC548 transistor i.e. pinout, working principle, power ratings, applications, and physical dimensions. Let’s jump right in.

Following figure shows the BC548 pinout: 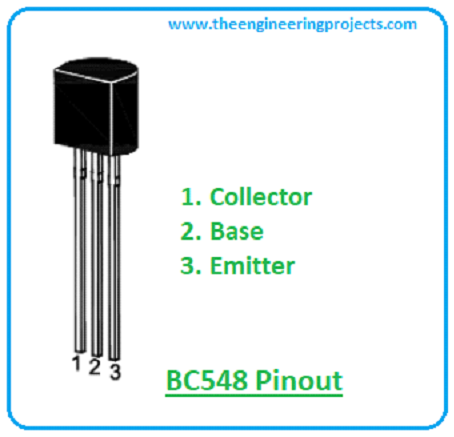 BC548 transistor is used in three main configurations as follows: 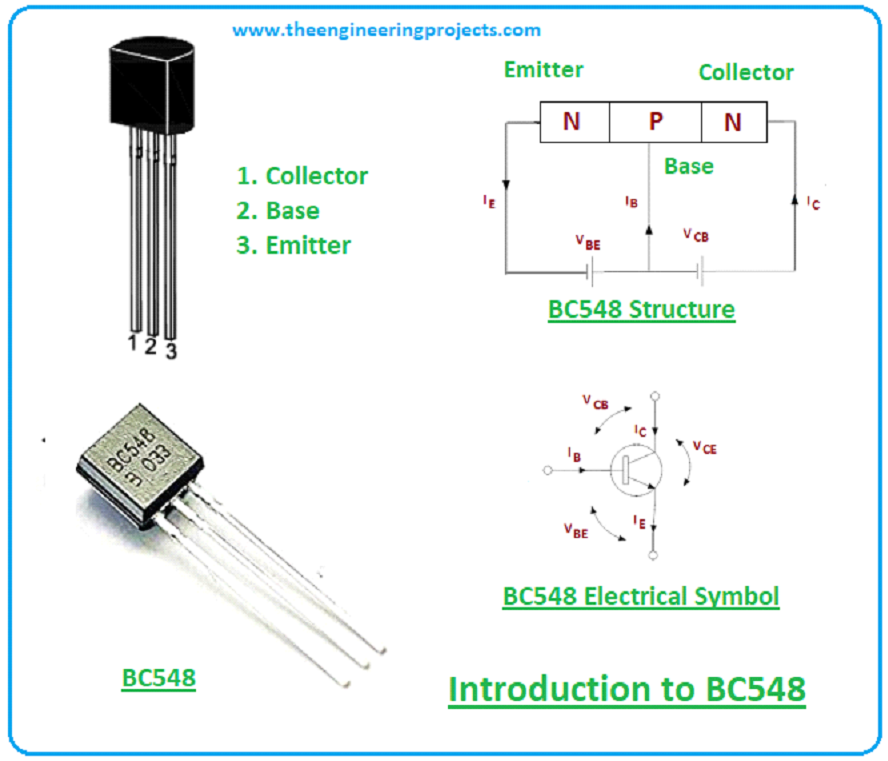 The following figure shows the absolute maximum ratings of BC548: 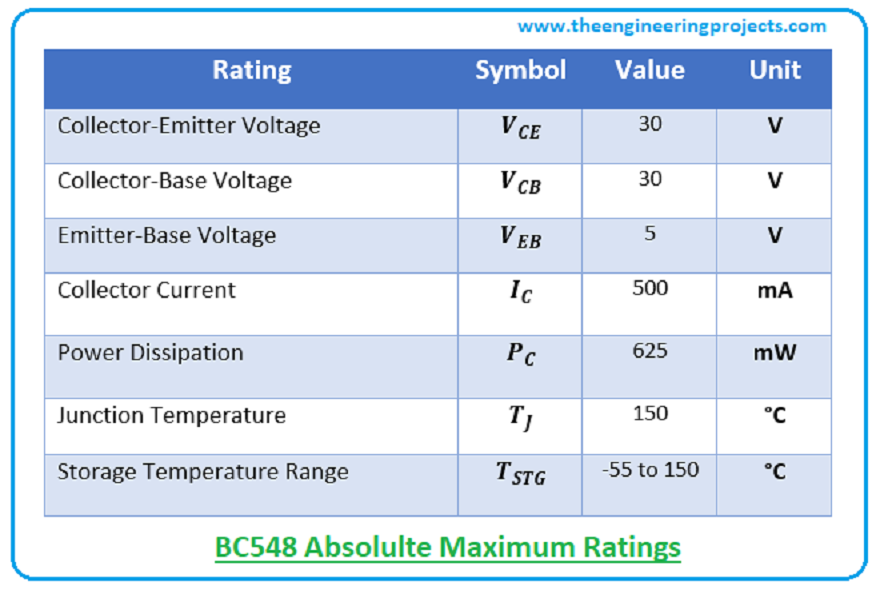 The following are equivalent transistors of BC548:

They all belong to the NPN family. The PNP complementary of BC548 is BC558. The type of transistor you use depends on the ratings of load you intend to drive i.e. in case of BC548 you can drive loads under 500mA.

NPN type transistors are used in circuits when you intend to sink the current. BC548 is used in the following applications:

The following diagram shows the physical dimension of the BC548: 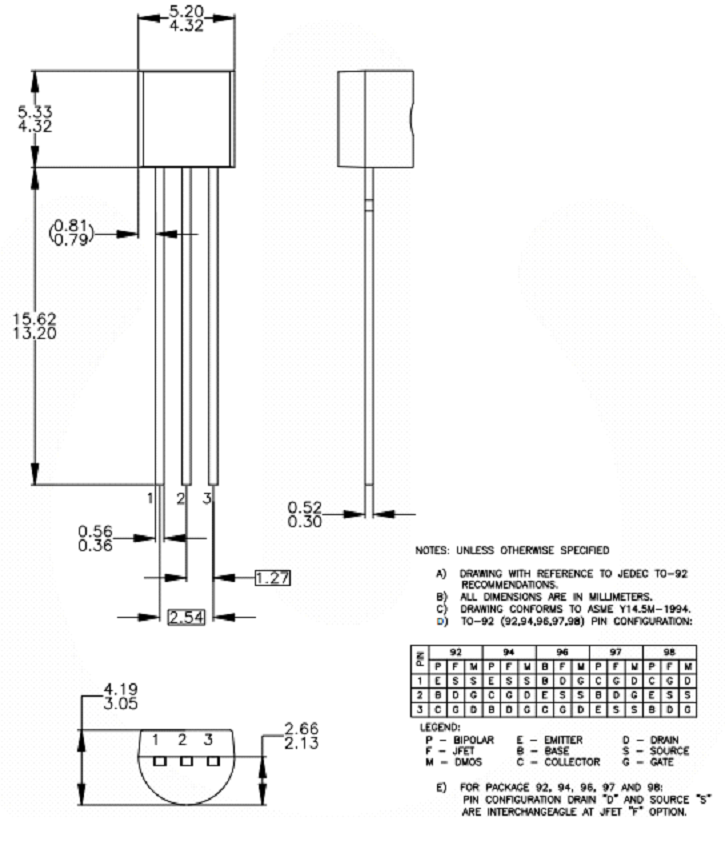 Recall, BC548 is a bipolar NPN junction transistor and is considered as a current-controlled device where small current at the base is used to control large current at the collector and emitter terminals. Plus, it can drive loads under 500mA and is available in TO – 92 package.

That’s all for today. I hope you find this read helpful. If you have any question, you can approach me in the section below, I’d love to help you the best way I can. Feel free to keep us updated with your valuable feedback and suggestions. They help us create quality content. Thank you for reading this article.