Hi Friends! I hope you’re well today. I welcome you on board. In this post, I’m going to discuss the Introduction to BC549. BC549 is a general purpose bipolar junction transistor that belongs to NPN transistor family. It contains three pins where small current change in one terminal produces a much large current change across other terminals. In other words, it is nothing but a current booster.

It is known as a low power low voltage current controlled device and is used for switching and amplification purpose.  In this article I’ll be discussing complete details of BC549 transistor i.e. pinout, working principle, power ratings, physical dimensions and applications. Stay tuned. 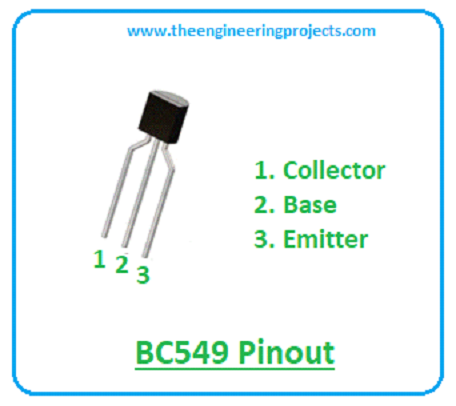 BC549 comes with three pins named:

Following figure shows the pinout diagram of BC549.

BC549 transistor can be employed in three main configurations as follows:

Follow figure shows the absolute maximum rating of BC549: 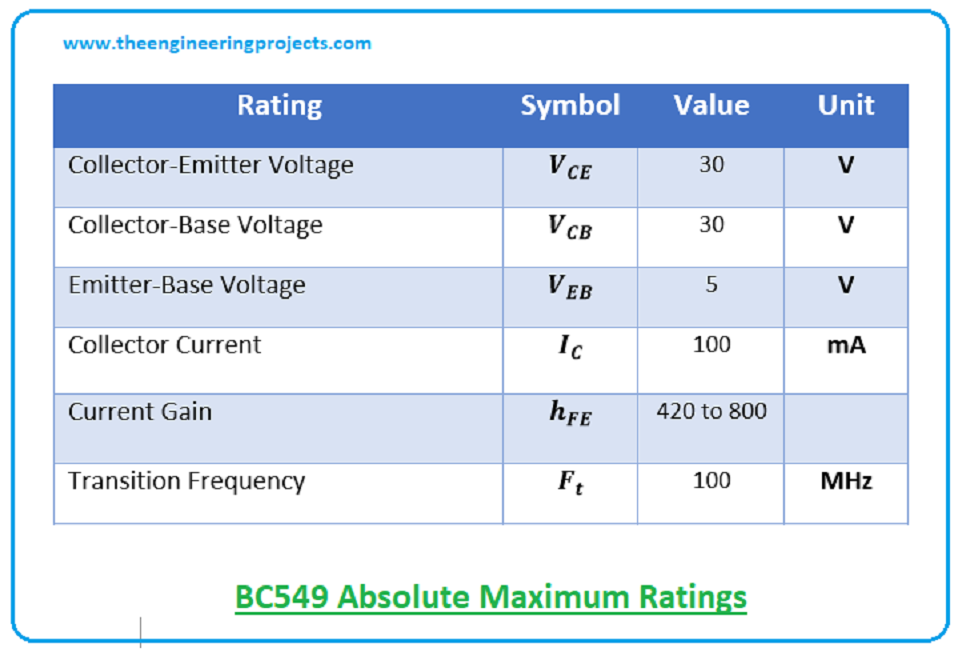 The following are the alternatives of a BC549 transistor.

The PNP complementary of BC549 are:

BC549 can be used in the following applications: 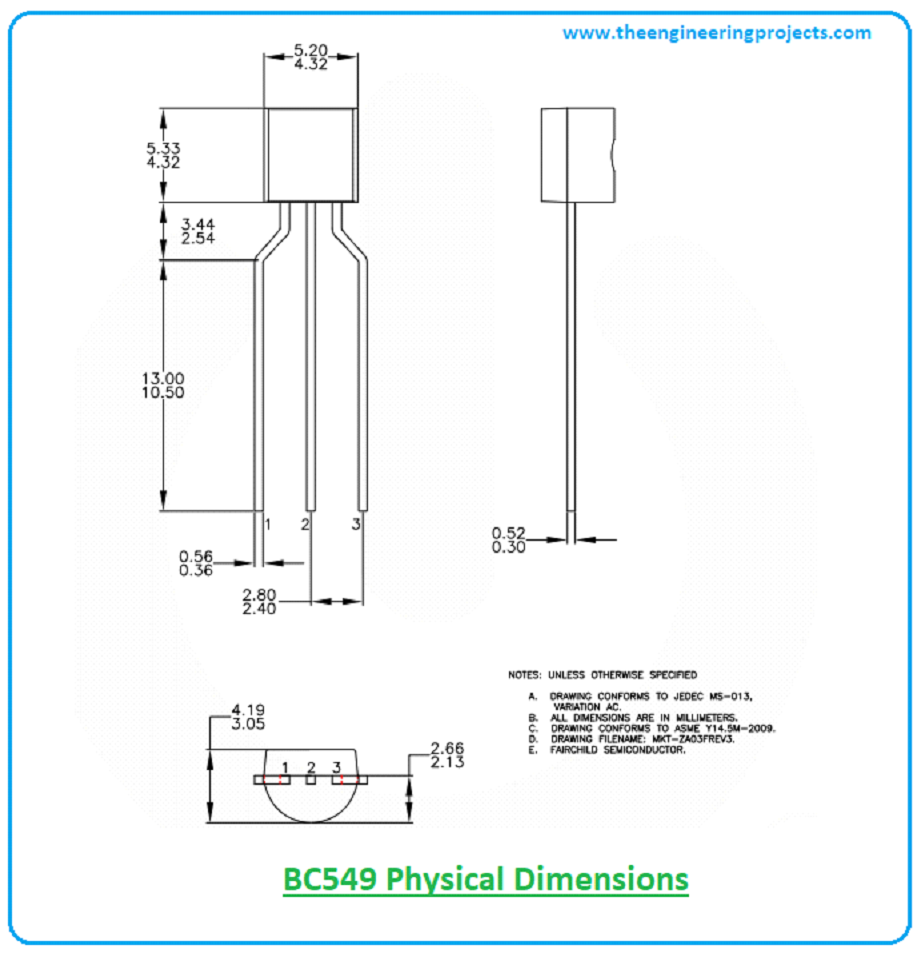 That’s all for today. Hope you find this article helpful. If you are unsure or have any question, you can approach me in the section below. I’d love to help you the best way I can. You’re most welcome to keep us updated with your valuable feedback and suggestions, they help us produce quality content. Thank you for reading this article.