Hi Friends! Happy to see you here. I welcome you on board. In this post, I’ll walk you through the Introduction to BC639. BC639 is a high current gain bipolar junction transistor that falls under the NPN transistor family. It constitutes a high collector current and low collector-emitter saturation voltage and is widely used for amplification and switching purposes. It is used to drive load under 500mA. Collector Dissipation is 0.625W while DC Current Gain (hfe) ranges from – 40 to 160 with transition frequency 200MHz. In this post, I’m going to discuss all nitty-gritty of the BC639 transistor covering pinout, working, power ratings, alternatives, applications, and physical dimensions. 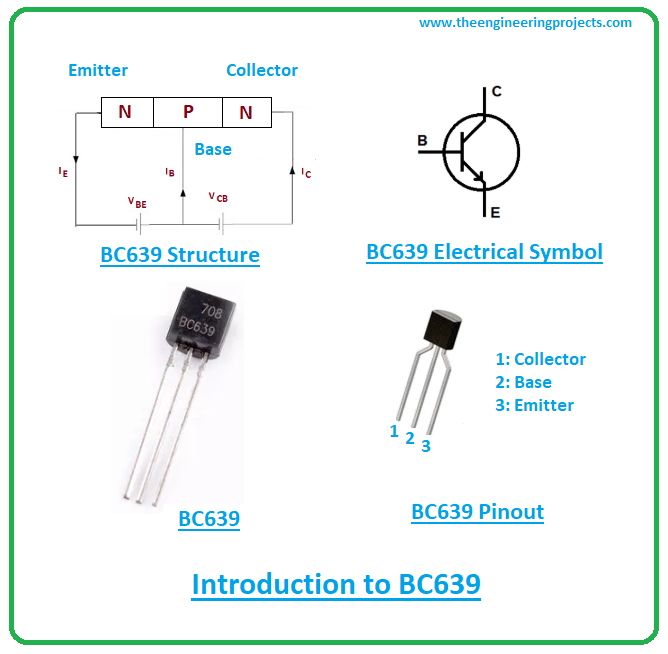 BC639 comes with three pins called

The following figure shows the pinout of BC639. 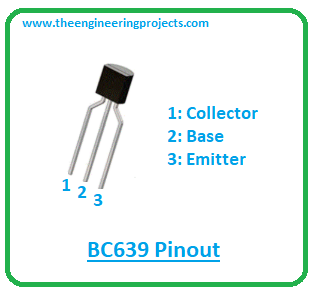 All these terminals are different in terms of their functions and doping concentrations. The emitter side is highly doped as opposed to the other two terminals.

These pins are used for external connection with the electronic circuits.

BC639 transistor is employed in the following three main configurations: 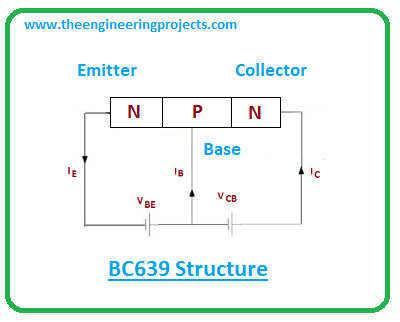 The following table shows the absolute maximum ratings of BC639.

The complementary transistor of BC639 is BC640.

BC639 is used in the following applications:

The following figure shows the physical dimensions of the BC639. 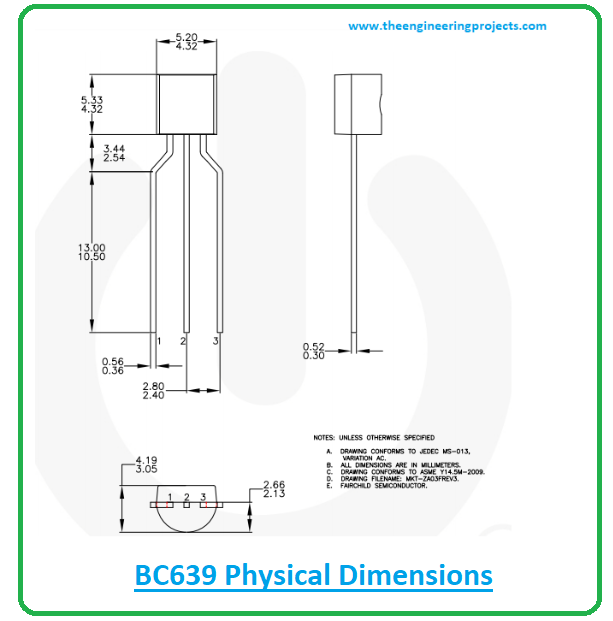 This is it. I hope you find this article helpful. I strive to share easy to read and easy to digest information. If you are unsure or have any question, you can pop a comment below, I’d love to help you the best way I can. Keep sharing your valuable feedback and suggestions, they help us create quality content. Thank you for your precious time.