Hi Guys! Happy to see you here. Thank you for viewing this read. In this post today, I’ll walk you through the complete Introduction to BC550. BC550 is a low power low-frequency general-purpose bipolar transistor. It is mainly used to drive loads under 100mA. BC550 carries three terminals where small current across one terminal is used to control the large current across remaining terminals. It’s primarily used for amplification and switching purposes. Transistors are critical components and building blocks of modern electronic circuits. Bipolar junction transistors are divided into two main types named NPN transistor and PNP transistor. The BC550 falls under the category of NPN transistors and is available in a plastic TO-92 case. I suggest you read this entire post all the way through as you’ll get to know all nitty-gritty of BC550 i.e. datasheet, pinout, working principle, power ratings, applications, and physical dimensions. 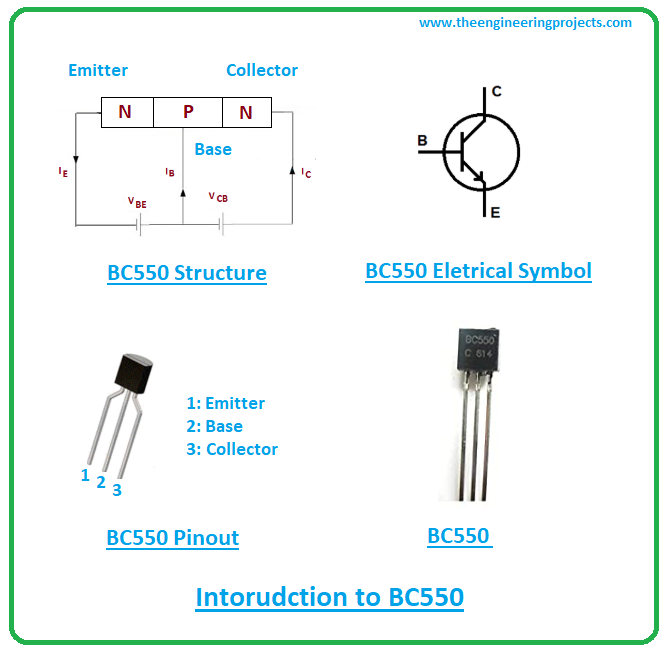 BC550 comes with three pins called

The following figure shows the pinout of the BC550.

BC550 can be embedded in the following three configurations: 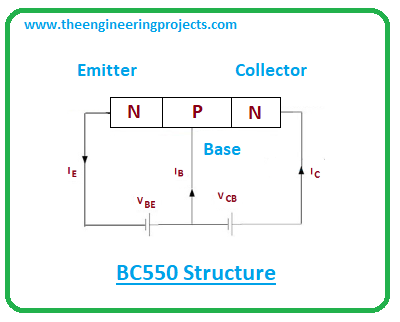 The following table shows the absolute maximum ratings of BC550.

The complementary PNP transistor of the BC550 is BC560.

The following figure shows the physical dimensions of the BC550. 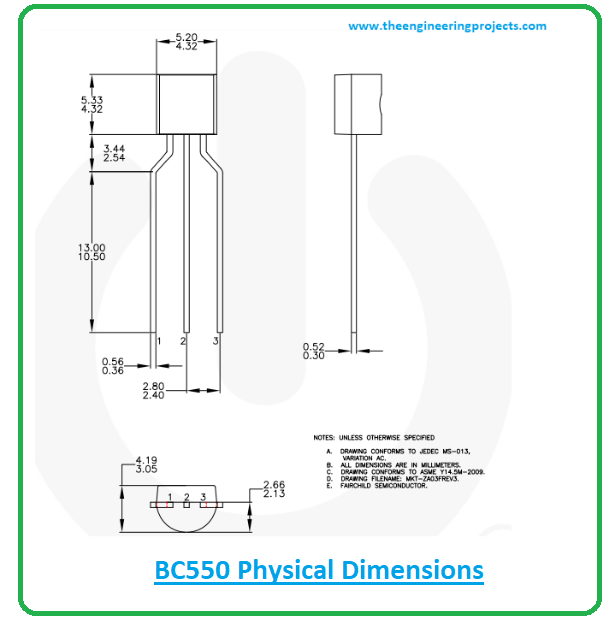 That’s all for today. Hope you’ve got a clear insight into the Introduction to BC550. You’re most welcome to ask your queries in the section below. I’d love to help you the best way I can. Feel free to keep us updated with your valuable suggestions and feedback. Thank you for reading this post.