Hi Friends! Welcome you on board. Happy to see you around. In this post today, I’ll walk you through the Introduction to Tip41c.

Tip41c is an NPN transistor that comes in the TO-220 package and is mainly used for amplification and switching purposes. It’s a high switching speed device with improved current gain and a high collector current around 6A that indicates the value of load this device can support. Both collector-base and collector-emitter voltages are 100V (higher than other bipolar transistors) and the emitter-base voltage is 5V which shows the only 5V is required to bias this component.

Just stay with me for a little while as I’m going to detail the pinout, datasheet, applications, power ratings, working principle, and physical dimensions of this tiny device. 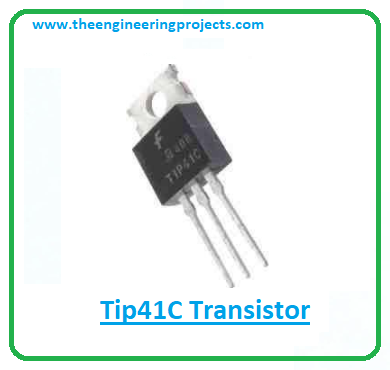 Datasheet of any component documents the characteristic and performance of the device through which you understand what the product is about and its power ratings. Click the link below to download the datasheet of Tip41c.

The following figure shows the pinout diagram of Tip41c. 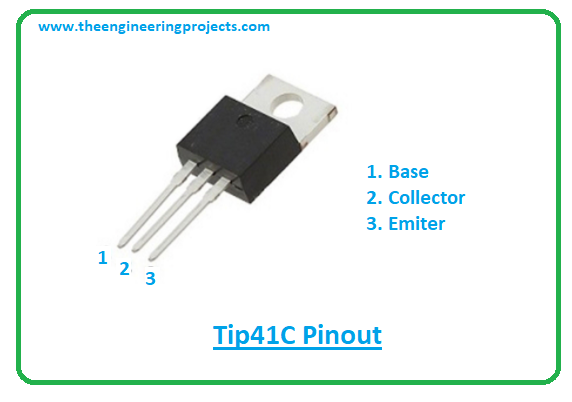 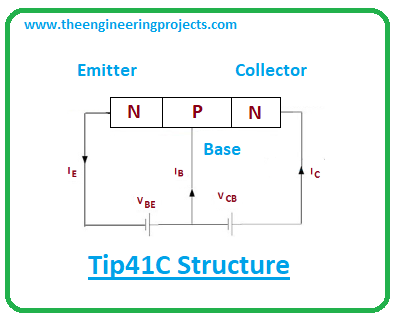 The table below shows the absolute maximum ratings of Tip41c.

The following are the alternatives to Tip41c.

The complementary PNP transistor to Tip41c is Tip42c.

This NPN transistor is used in the following applications.

The following diagram shows the physical dimensions of Tip41c. 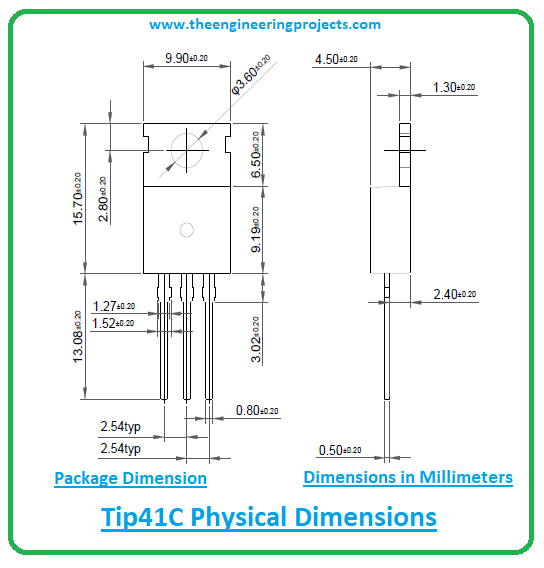 That’s all for today. I hope you find this article helpful. If you have any question, you can pop your comment in the section below, I’d love to help you the best way I can. You’re most welcome to share your feedback and suggestions, they help us curate content tailored to your exact needs and requirements. Thanks for reading the article.