Hi Guys! Hope you’re well today. Happy to see you around. In this post today, I’ll walk you through the Introduction to BSS123.

The BSS123 is an N-Channel Logic Level Enhancement Mode Field Effect Transistor that comes in surface mount package SOT-23. It is a rugged and reliable device that comes with a drain-source voltage of around 100V while the gate-source voltage is -+20V. It is mainly used in low voltage and low current applications like servo motor control and switching and amplificaiton applications.

I suggest you buckle up as I’ll detail the complete Introduction to BSS123 covering datasheet, pinout, features, and applications. 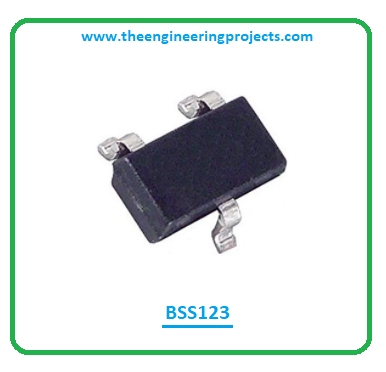 The following figure represents the pinout diagram of BSS123. 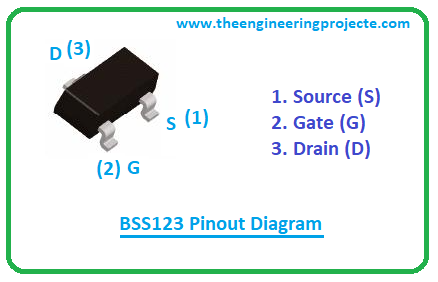 The following are the main features of BSS123.

This MOSFET device is used in the following applications.

That’s all for today. Hope you find this article helpful. If you have any questions, you can pop your comment in the section below, I’d love to help you the best way I can. Feel free to share your valuable feedback and suggestions around the content we share so we keep coming back with quality content tailored to your exact needs and requirements. Thank you for reading the article.