Top 5 Reasons a Survivalist Should Be an Amateur Radio Operator

Hello friends, I hope you all are doing great. In today’s tutorial, I am going to share Top 5 Reasons a Survivalist Should Be an Amateur Radio Operator. With 2021 setting in, are you well prepared to survive if the world goes down? We live in uncertain times, and the pandemic has taught us that what we plan today might not be applicable tomorrow. Simply put, like survivalists, we should be mentally and physically tough and all geared-up for emergencies, disruptions, and the breakdown of society. If you are currently living the survival mode, also known as the prepper lifestyle, you are heavily self-reliant. We expect you to have your backpack ready with all the right emergency tools and gadgets, such as a survival knife and a ham radio set. Read on to learn more about the top five reasons that you, as a survivalist, should also be an amateur radio operator.

Currently, there are more than 700,000 license holders of amateur radios within the United States, and as ham radio sales increase rapidly during the current pandemic, you might be shocked to know that before social media platforms, such as Facebook, Twitter, etc., ham radio users were originally hailed as social media geeks. Ham radio operators have amazing technology incorporated within their radio sets, such as voice boosting satellites and Morse code messages. Ham radio operators consider themselves the ultimate survivalists as they have been using a social media platform that is more than a century old. When survivalists use am radios over the air, they keep the conversation respectful. By bouncing signals off the ionosphere, survivalists can reach around the globe with their ham radios. Also, when shit hits the fan, ham radio might be the only platform to communicate.

A survivalist should be an amateur operator because it enables them to make an emergency autopatch and then activates the autopatch system. With the ham radio, a survivalist can learn how to report an incident quickly and clearly without assuming that other people might be doing it already for you. Since ham radios are replete with emergency-related options, you have to turn up the radio’s output power to maximum and state “Break Emergency” at your first opportunity. Survivalists can also learn how to make a distress call on a certain frequency where ham radio operators are more likely to be listening.

Listen in on Emergency Responder Frequencies

Some ham radios can receive many frequencies outside of the ham bands, which include the frequency of emergency responders, such as the police department and rescue services. Some of the ham radios can listen in on emergency frequencies and transmit on those frequencies. Nonetheless, only one circumstance is perfectly legal for a ham radio operator to transmit on emergency responder frequencies, irrespective of whether they are licensed or not. The exceptional case refers to an immediate emergency when no other communication method is available, and you attempt to get assistance via proper ham radio. 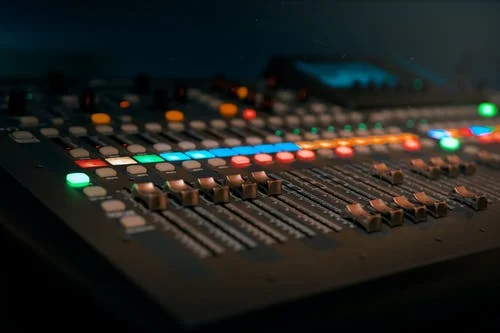 You Can Practice Your Ham Radio Skills

Ham radio hail from the earliest radio technology. If you have ever been remotely interested in radio technology and looking for the perfect survival gear, Ham radio can be your go-to gadget. Amateur radio operators often practice their radio skills and electronics while communicating through high-frequency ham bands. By combining radio with computers and other technologies, data and texts can be sent via radio-frequency.