You are here:
Chemical Engineering

Hello friends, I hope you all are doing great. In today’s tutorial, we will have a look at a detailed overview of Periodic Table. Understanding the Periodic Table is one of the nightmares everyone had once in a lifetime, don’t fret! I was one of those people too. Today I would be breaking down this complex topic into smaller digestible chunks.

Before diving deep into the topic let me introduce you to the fact that atomic number is more reliable than the atomic mass of an element, every element has a fixed atomic number and it increases by a value of 1 with every element in the modern periodic table, that is the reason why we use Atomic Number instead of Atomic Mass as the base of the modern periodic table.


Rome wasn’t built in a day, in the same way, the modern periodic table isn’t the product of a single effort from a chemist or two, it took two centuries to complete. The older version of periodic table was based on Atomic Masses by Dimitri Mendeleev, Many scientists contributed to the formation of the periodic table such as: 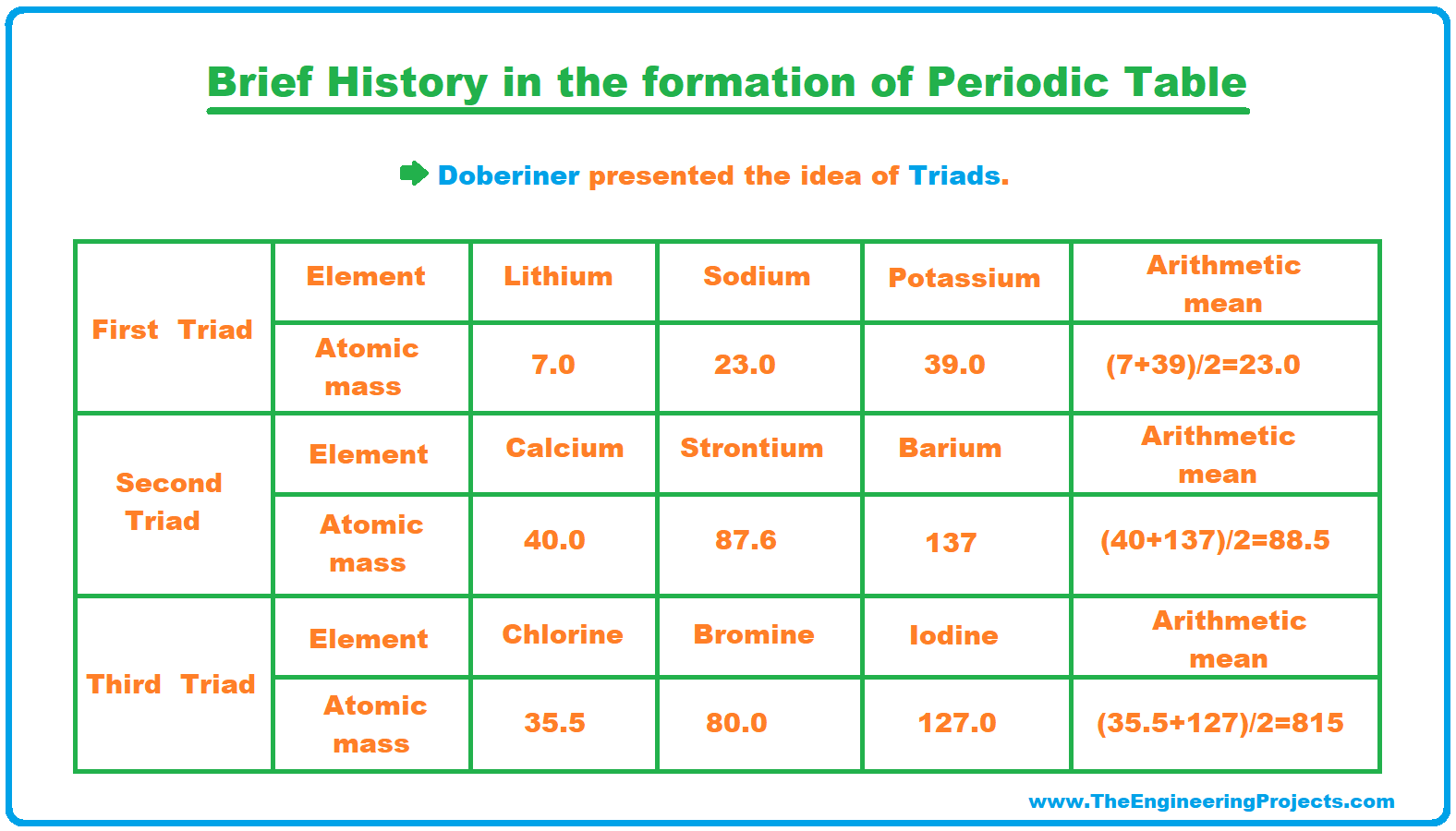 Let’s have a look at the proper definition of periodic table:

Let’s start with its basic definition; 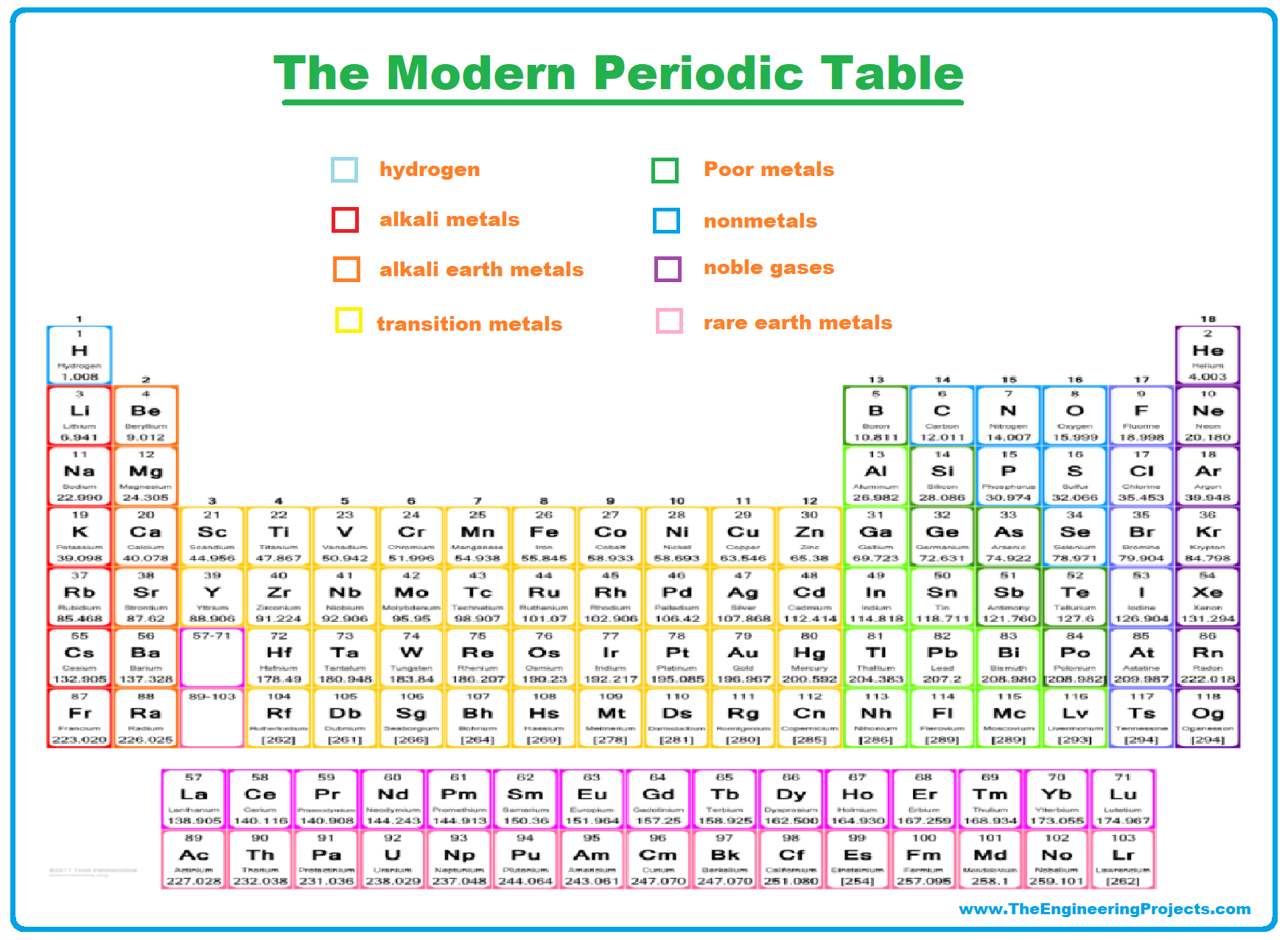 The periodic table has 118 elements till now, we can figure out a lot of things about an element just by looking at it, such as: 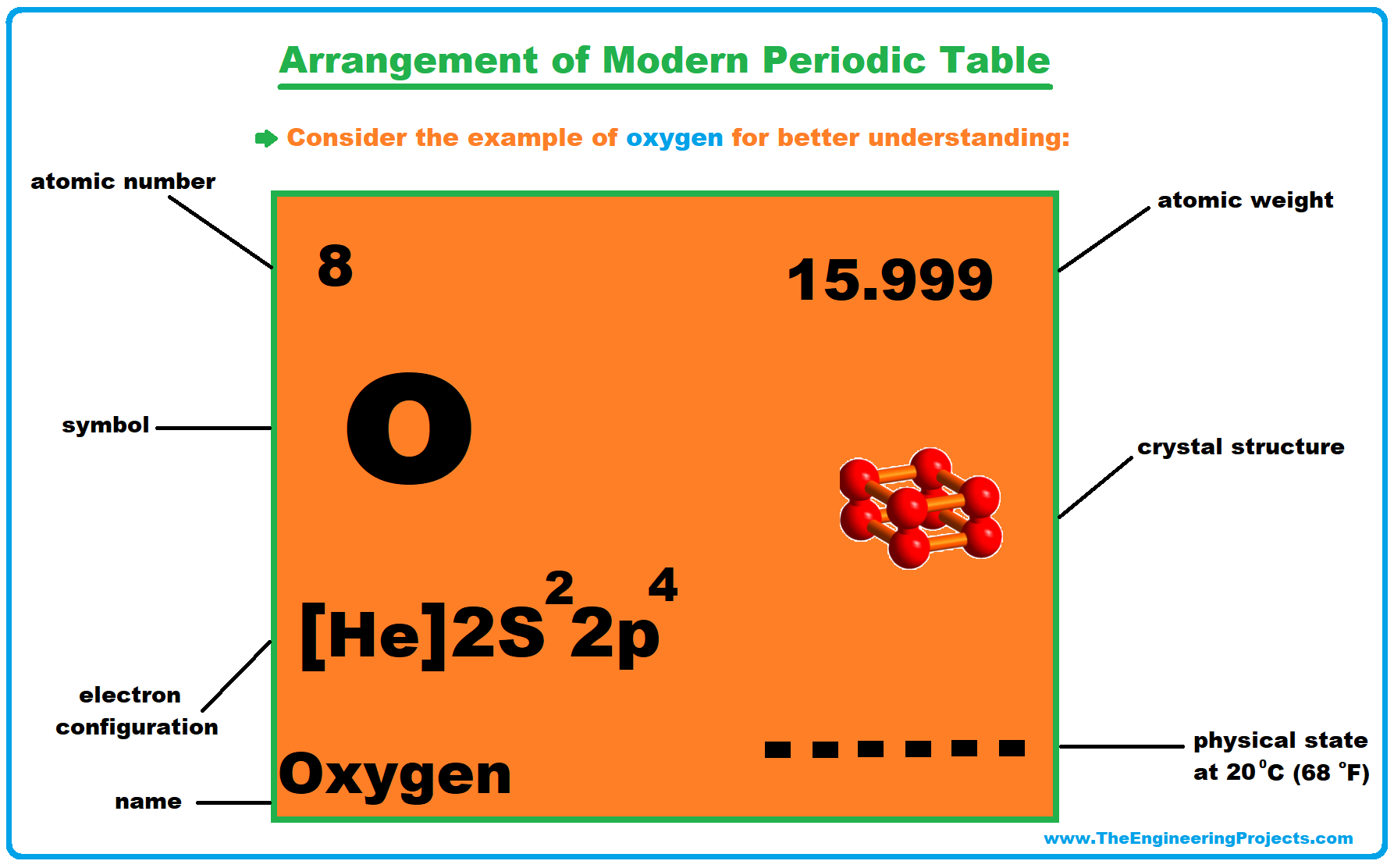 As I have mentioned earlier, elements are arranged in an order of increasing atomic number in the form of rows and columns called periods and groups respectively.

When I was a student I was always confused about period and group, so here’s a trick if you’re struggling too, just cram it as ” top to bottom in a group” so whenever you’ll think of a group you’d have an idea what exactly you’re thinking about.

There are 18 groups in periodic table which are named as:

“A reducing agent is a chemical species which can lose electrons easily in a chemical reaction and hence oxidizes itself”.

Here is a simple answer to the question, the d and f block elements have their properties in between s and p blocks elements, some of them show the characteristic behaviors of s block that is Group 1 and 2 elements by losing electrons meanwhile some of the elements resemble p block elements by gaining electrons during a chemical reaction in this way they take their name as transition elements.

Following are the families found in the transitional groups: 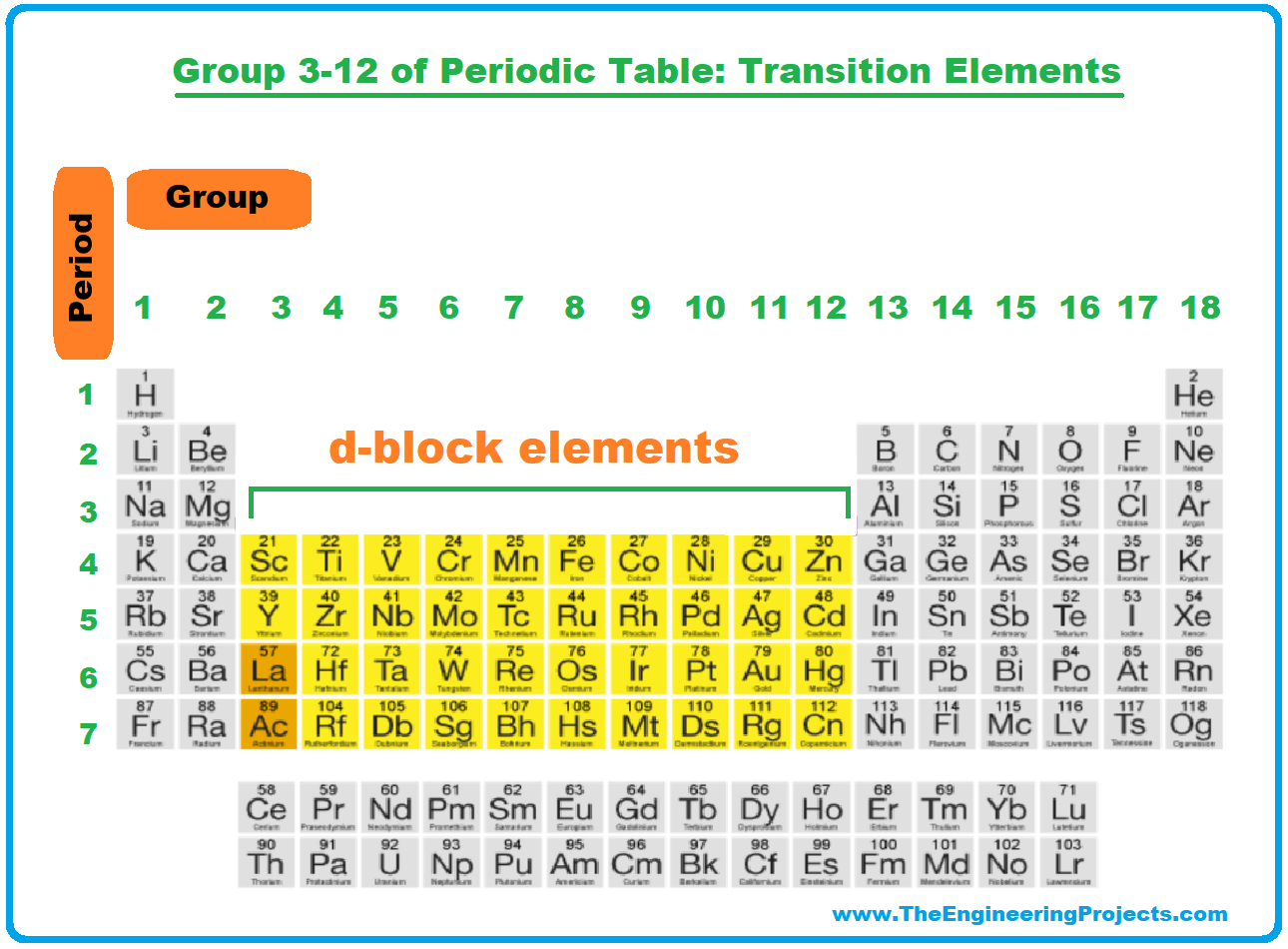 Actinides have the following properties:

Lanthanides have the following properties: 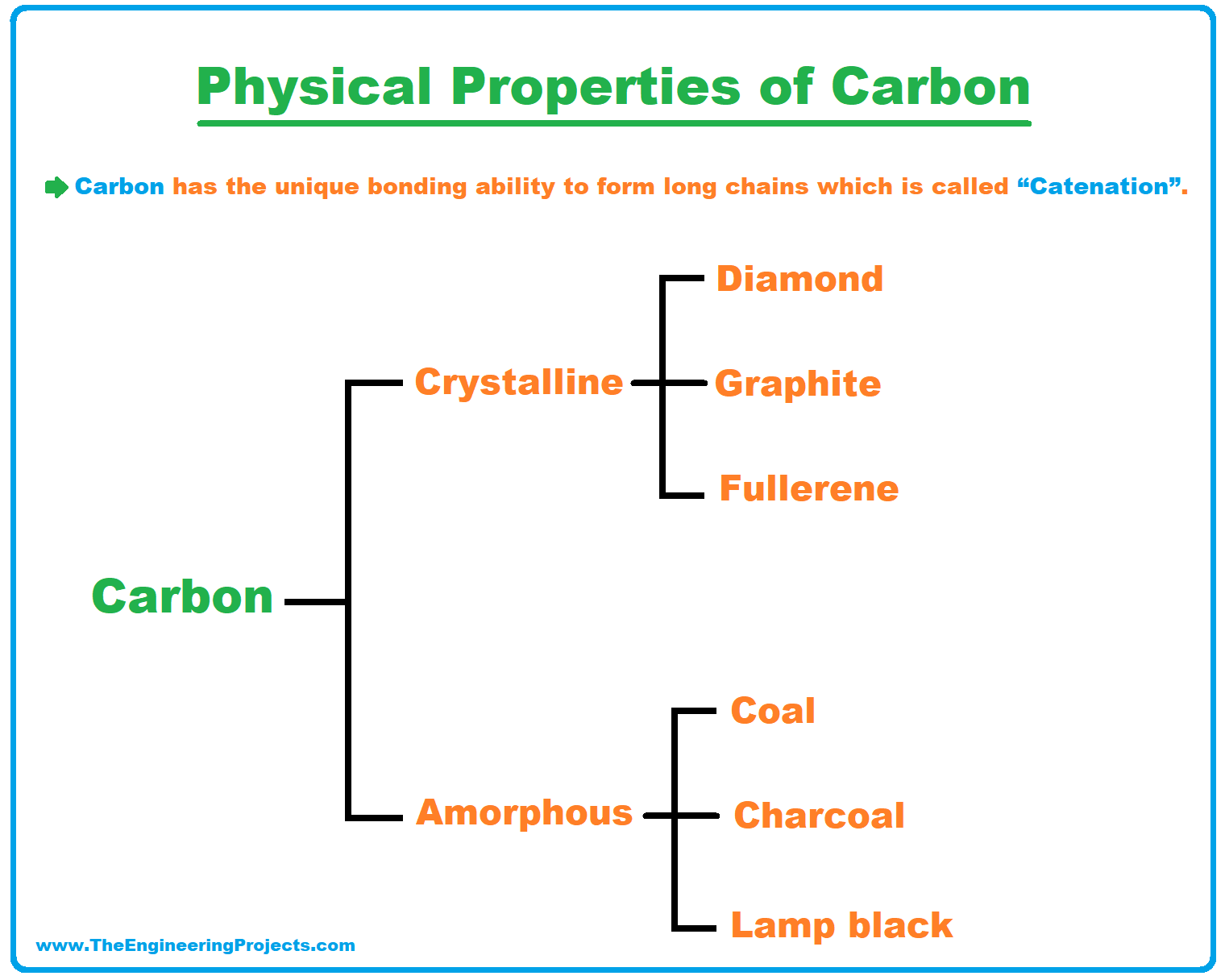 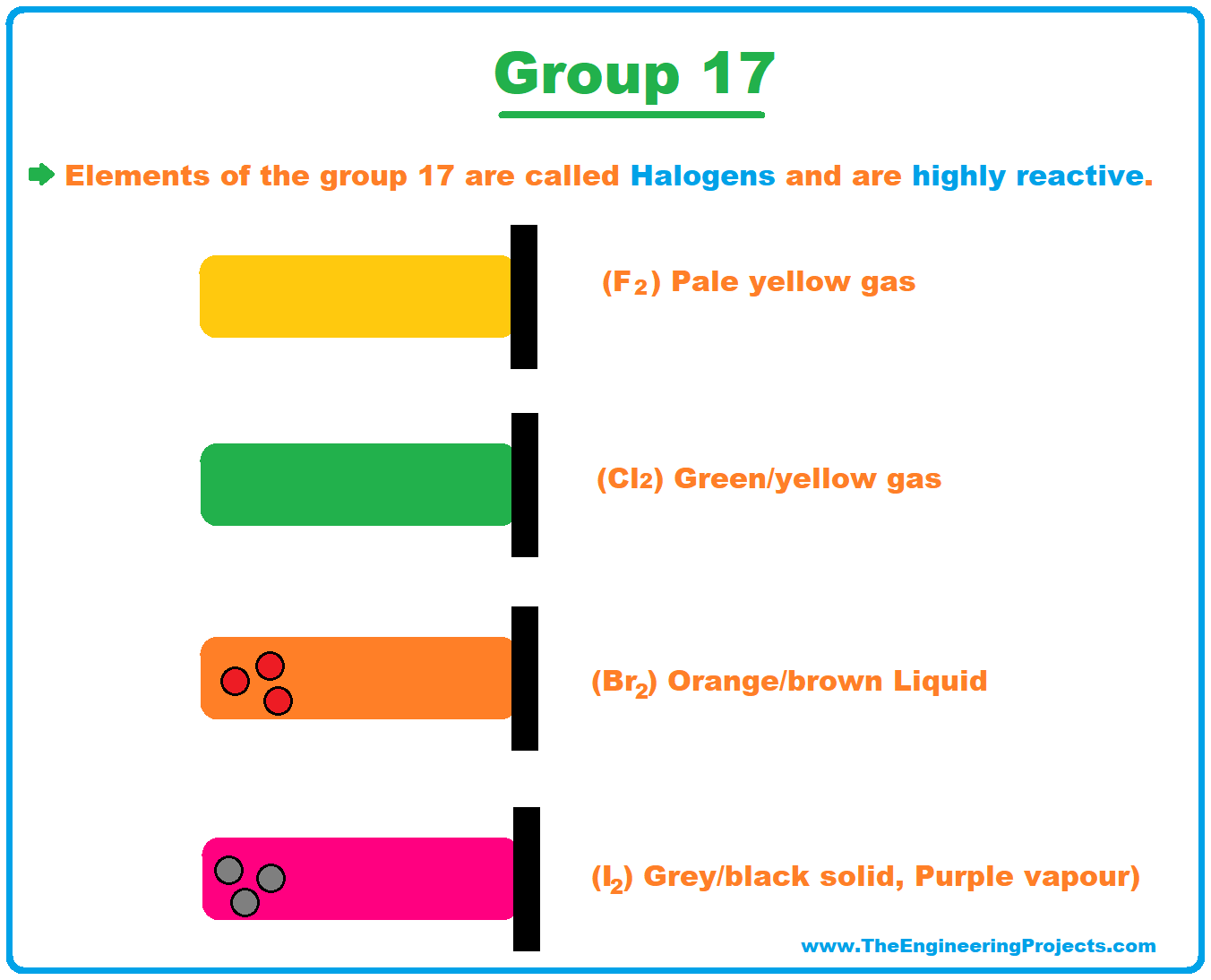 
Elements of group 18 are also known as Noble gases, who is termed as a noble? A person who never mess around with anyone, same is the state of Noble gases, they’re inert and don’t react with anything because of the very obvious reason, can you guess? Yeah! You guessed it right. They have a complete octet, they don’t have to reach out anyone to be stable. Noble gases include Helium, Neon, Argon, Krypton and Xenon. 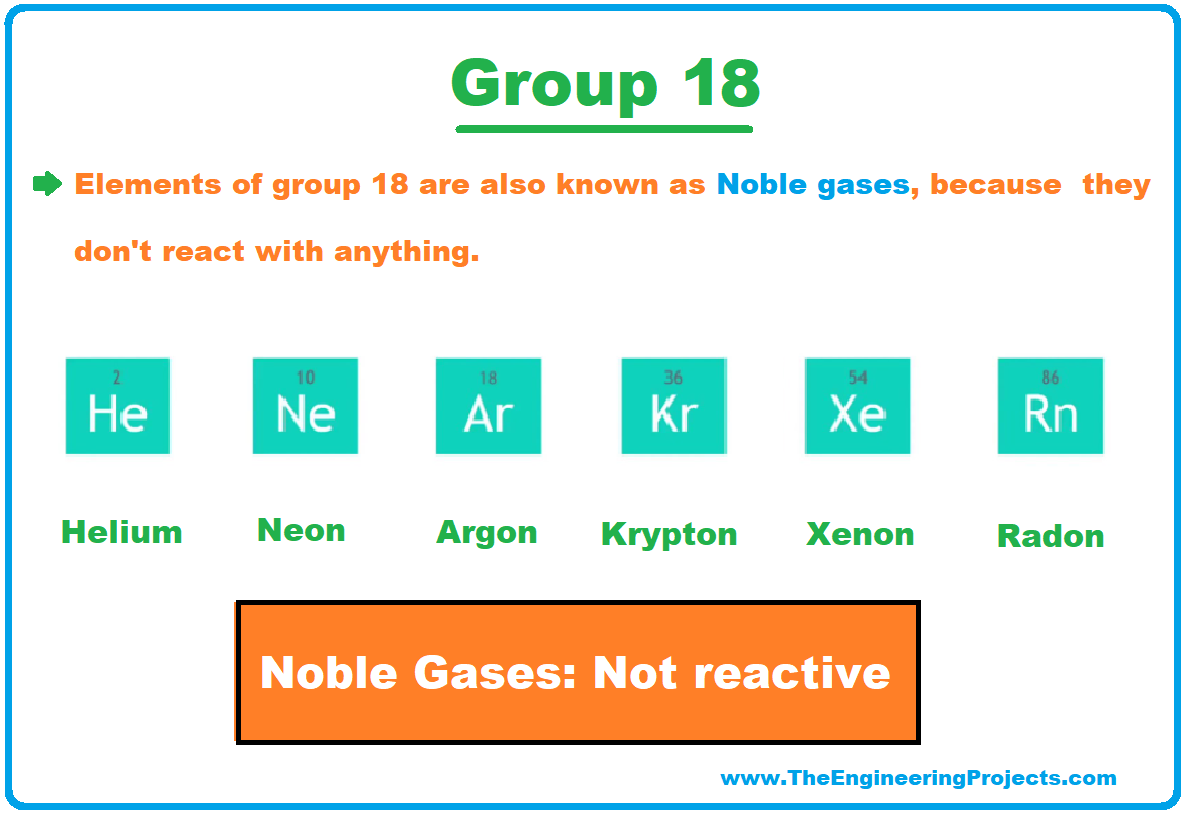 Trends in the Periodic Table

“Periodicity refers to the cyclical trend in the chemical and physical properties of the elements with increasing atomic number.” Periodicity help us understand and predict various trends among the family members of same group just like offspring from same parents have some general characteristics in common , they all may have blue eyes or black hair or anything in common as a family, families of the periodic table also have common characteristics in the similar ways. 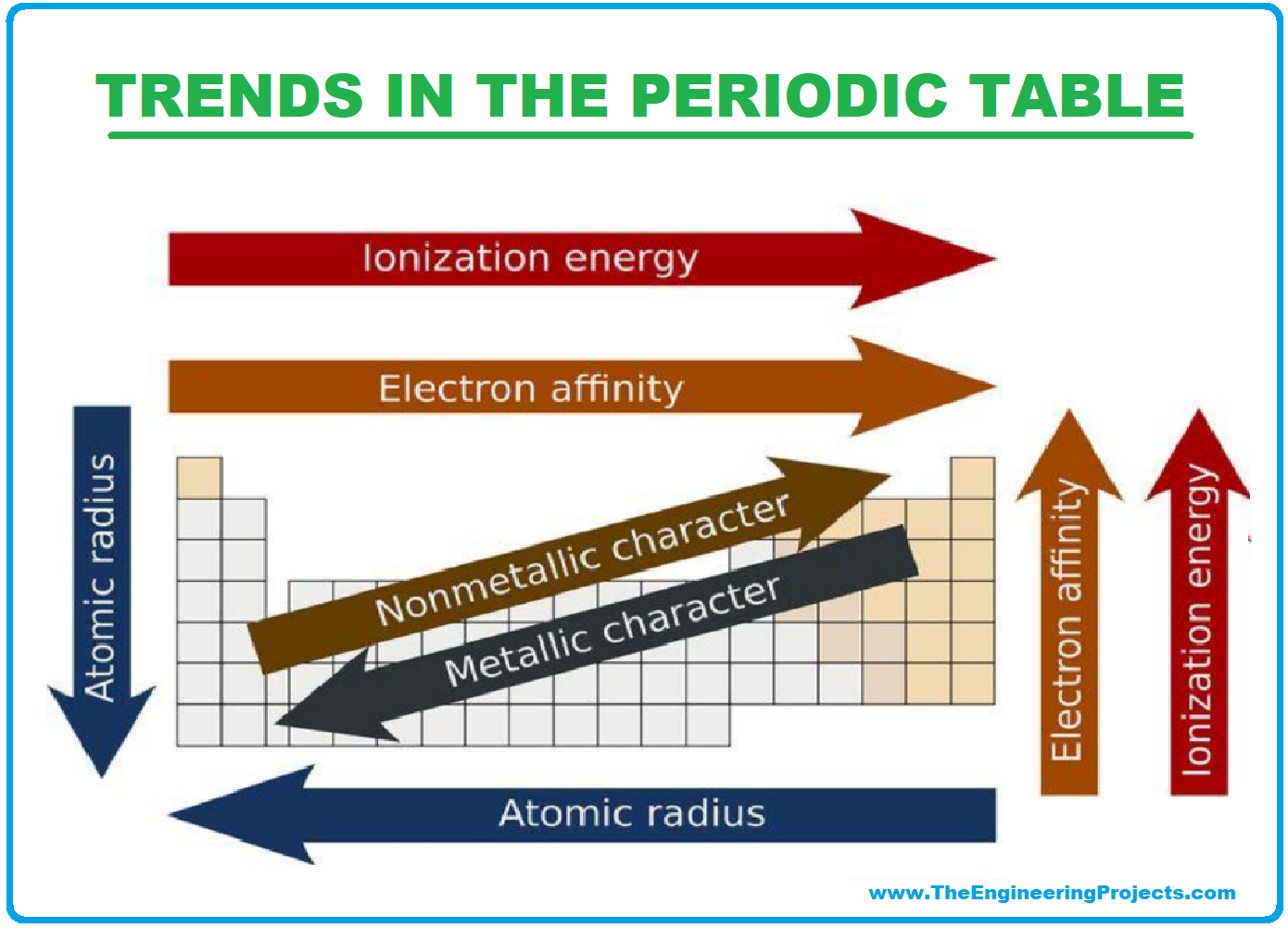 Largest and smallest element With respect to Radius

Ionization energy can be defined as: 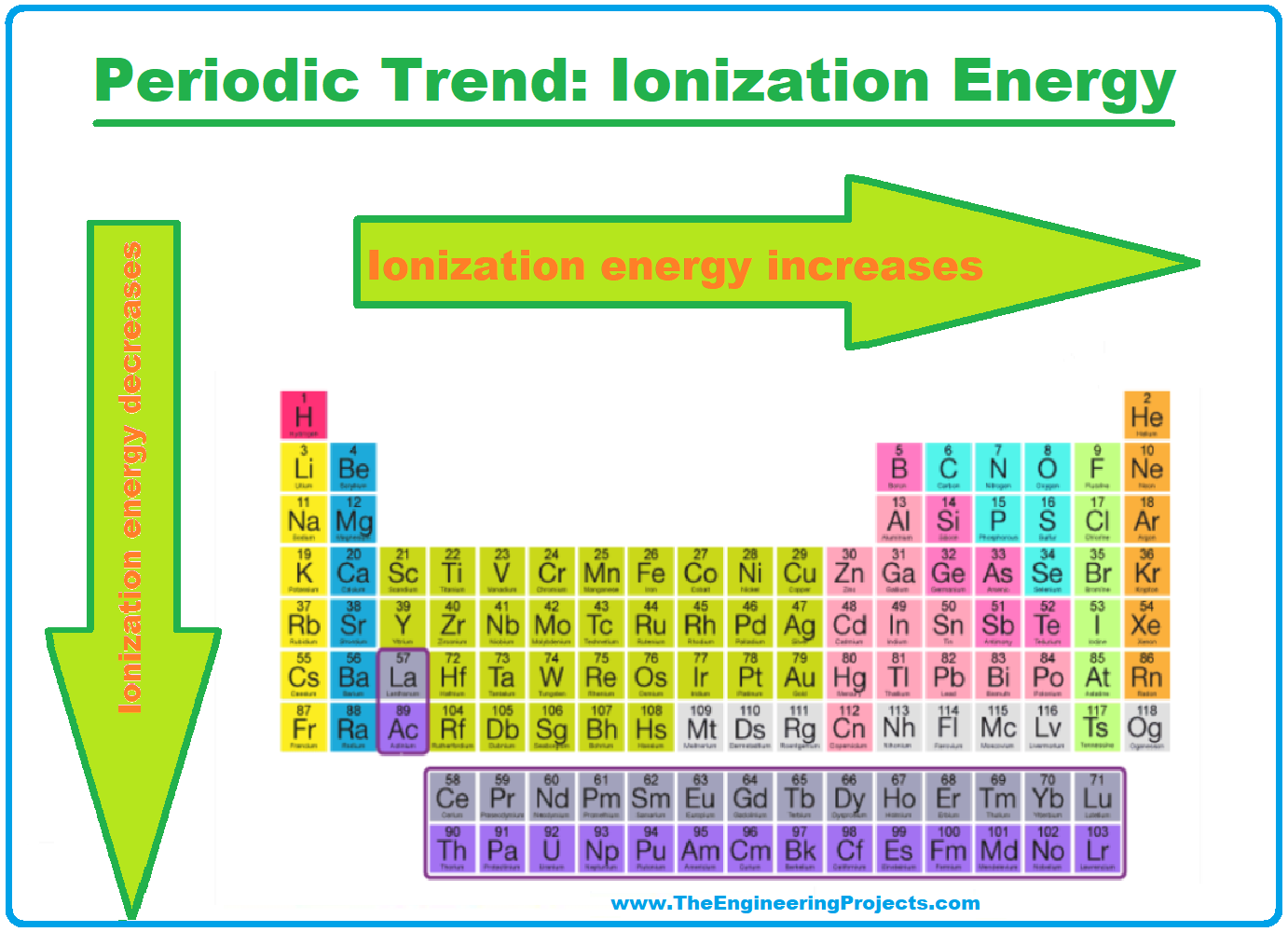 There are two types of ionization energy

Following is an example of first and second ionization energy:

So here is an understandable clear fact which must not be missed in any way; second ionization energy is always higher than the first one. Let me explain why! It happens because of the increase of additional positive charge on the electronic cloud because of the removal of electron, nucleus tightens its grip on the valence shell, and hence a large amount of energy is required to remove an electron which is always higher than the first one. 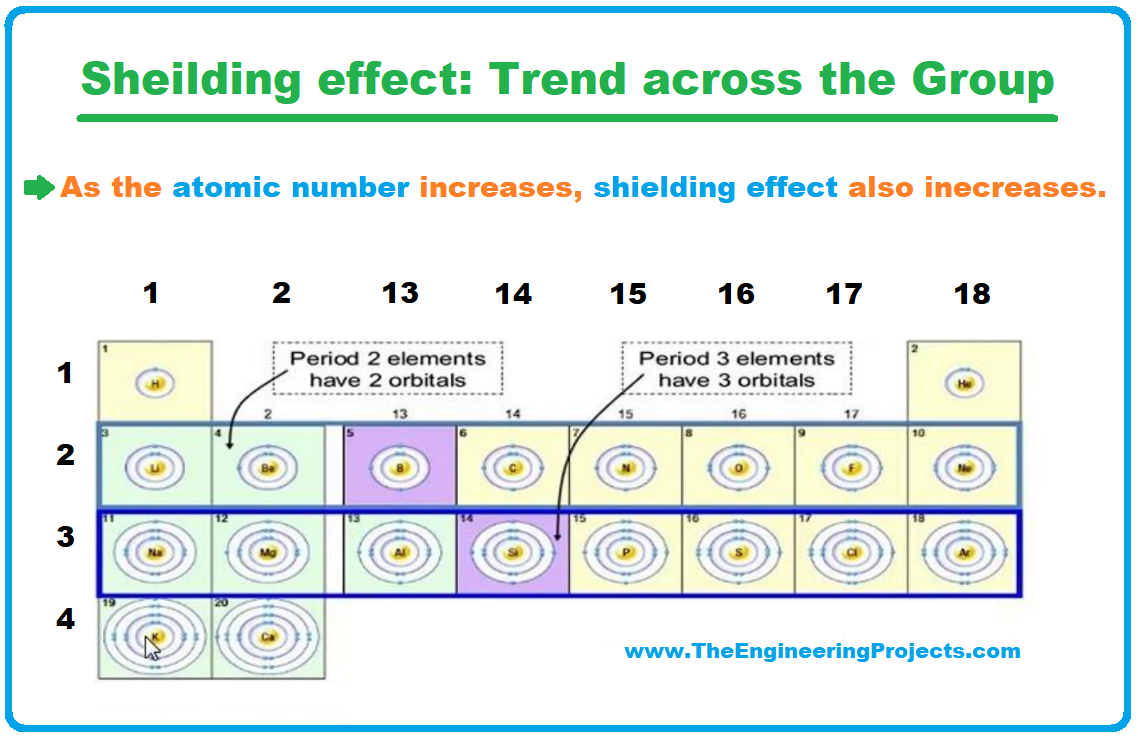 Electronegativity can be defined as,

Whenever we study covalent bonds we often talk about the poles, this is a polar covalent bond that is a non-polar one, you might have thought which causes this polarity within the molecules? So now you have your answer, electronegativity difference causes polarity in a molecule.

Electronegativity values of certain elements have already been determined, the difference between their values i.e. the electronegativity difference help us predict the nature of bond, whether it would be ionic, covalent, slightly polar or moderately polar in nature. 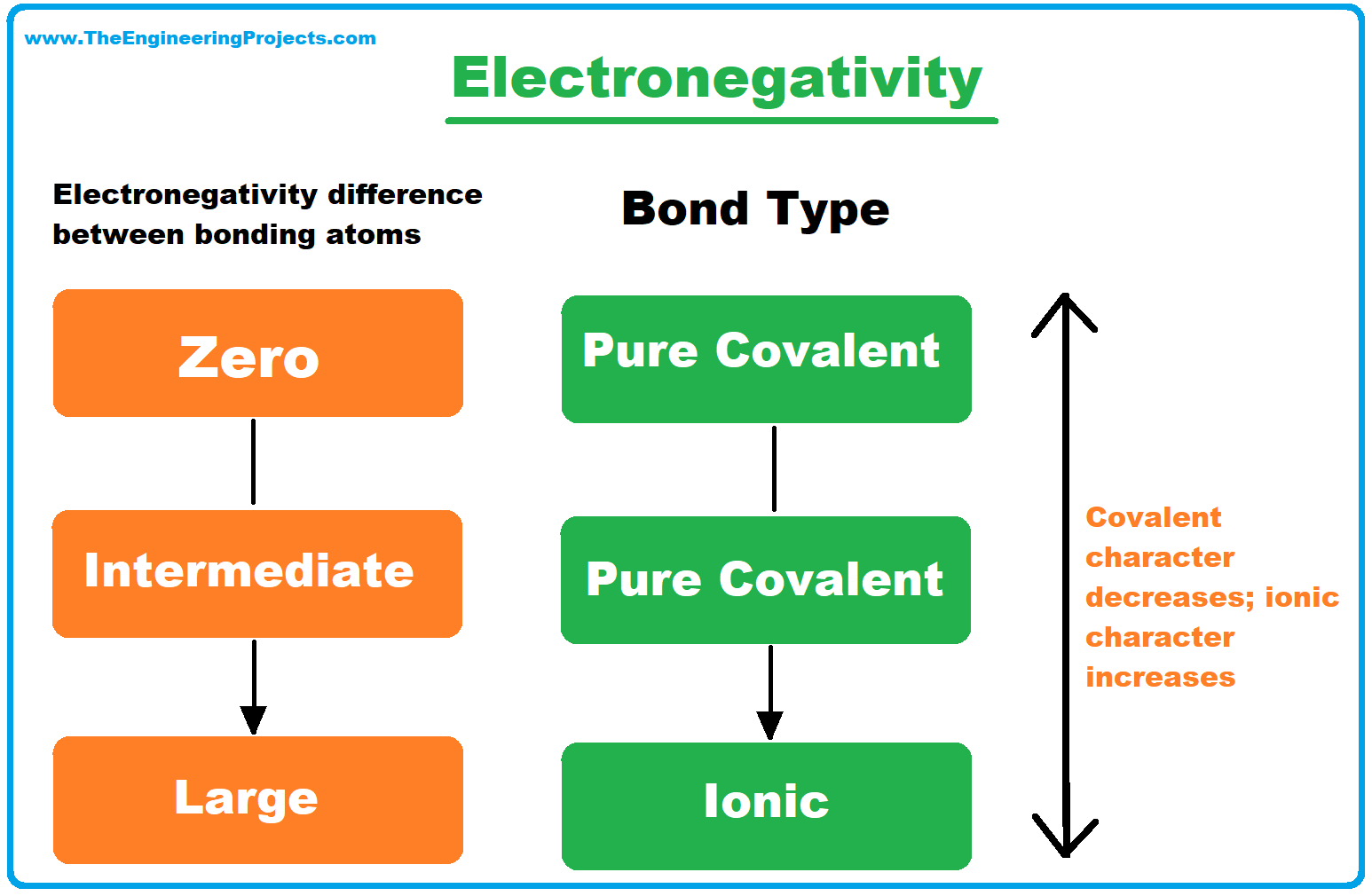 Electronegativity of an element is effected by the following:

Trend across the period:

Trend across the group:

As energy is being released the process is exothermic in nature. 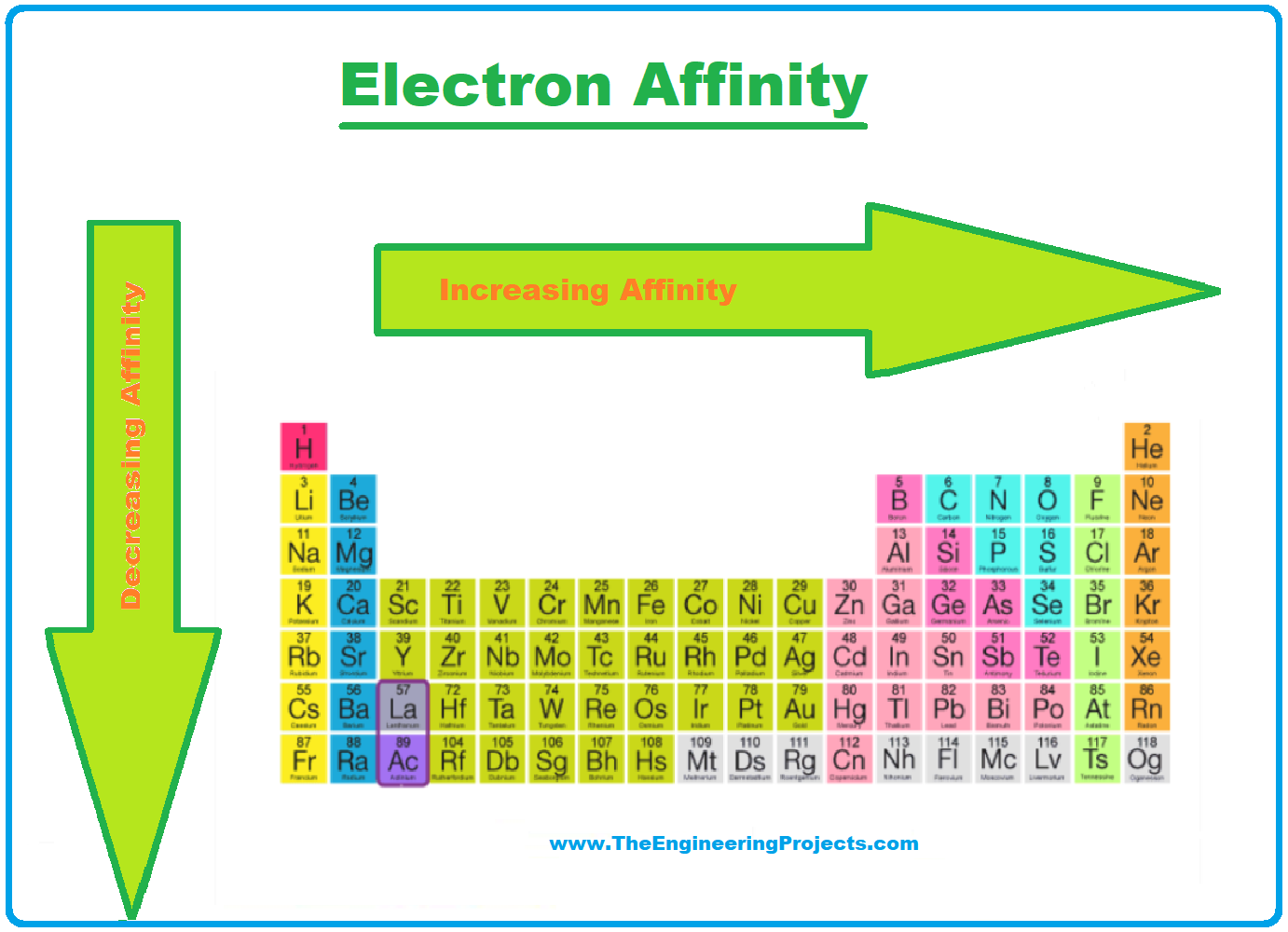 Electron affinity is effected by the following:

Metallic character increases down the group because of the following factors that come into play;

In the presence of above factors, metals tend to lose electrons easily. 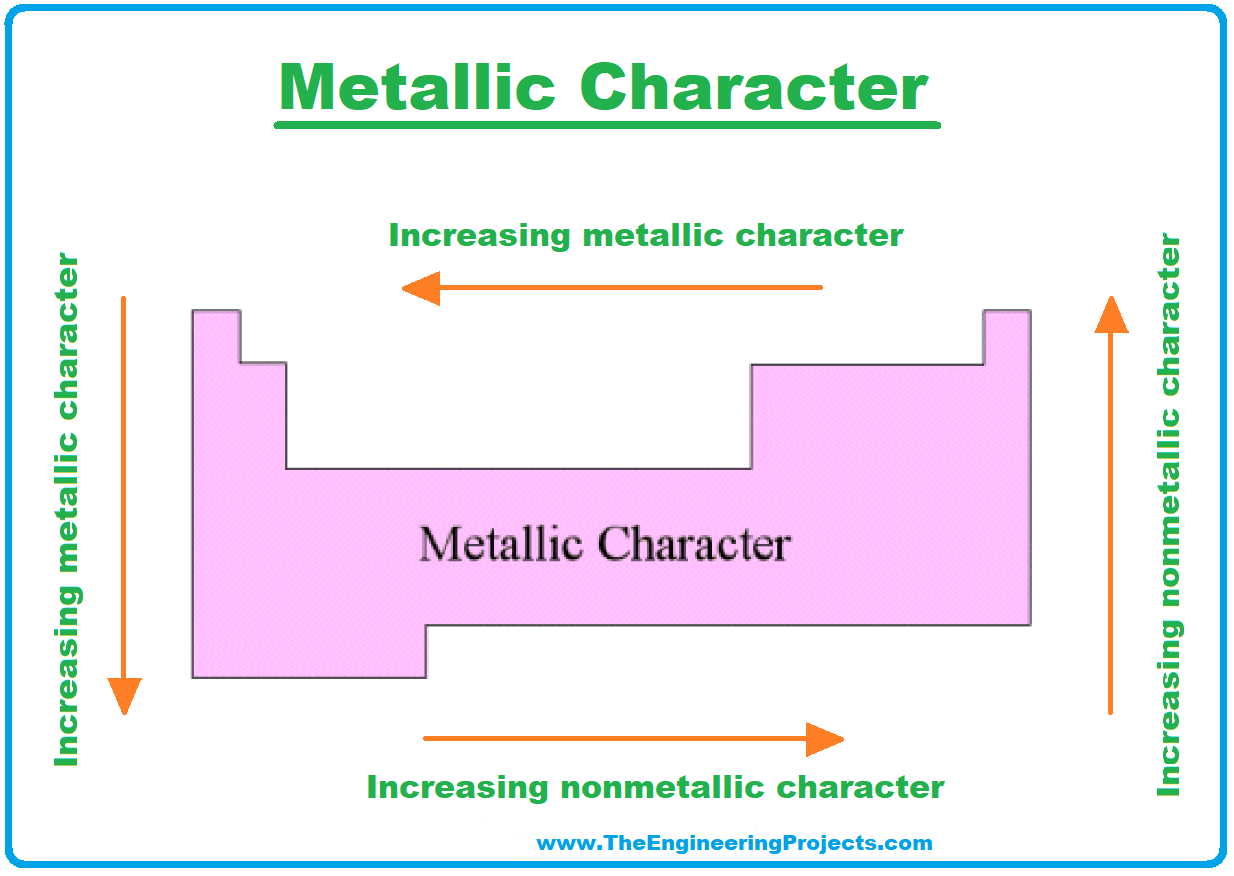 Most and Least Metallic Elements:

So that was all about periodic table and its groups with their brief introduction and general trends, I hope it helped you clear some general misconceptions we all have in our minds regarding the topic. See you with another topic soon, have a good day!

What is Stoichiometry? How it helps in Balancing Reactions?
May 11, 2021