What is Stoichiometry? How it helps in Balancing Reactions?

You are here:
Chemical Engineering

The topic we are going to discuss today can be crowned as the most celebrated concepts in the field of Chemistry, the most celebrated amongst the chemists yet most hated amongst the students due to its complexity, who loves balancing chemical equations? Definitely no one! So cutting it short we are here to discuss ” Stoichiometry “. The very first time I encountered this word years ago it felt like a tongue twister to me, let’s learn to pronounce it first, stoichiometry is pronounced as “stoy- key-om-Et-tree“, you would definitely learn to pronounce it well by the end of this discussion, keep trying! So, let’s get started with Stoichiometry:

“Mass of a system(chemical reaction) remains constant over time, if no energy enters or leaves the system.”

Advantages of Balancing a Chemical Reaction

Now let’s have a look at a proper definition of Stoichiometry:

Now let’s have a look at why do we need Stoichiometry in chemistry:

Why do we need stoichiometry?

Let’s understand both of them in detail:

Now let’s have a look at another example: 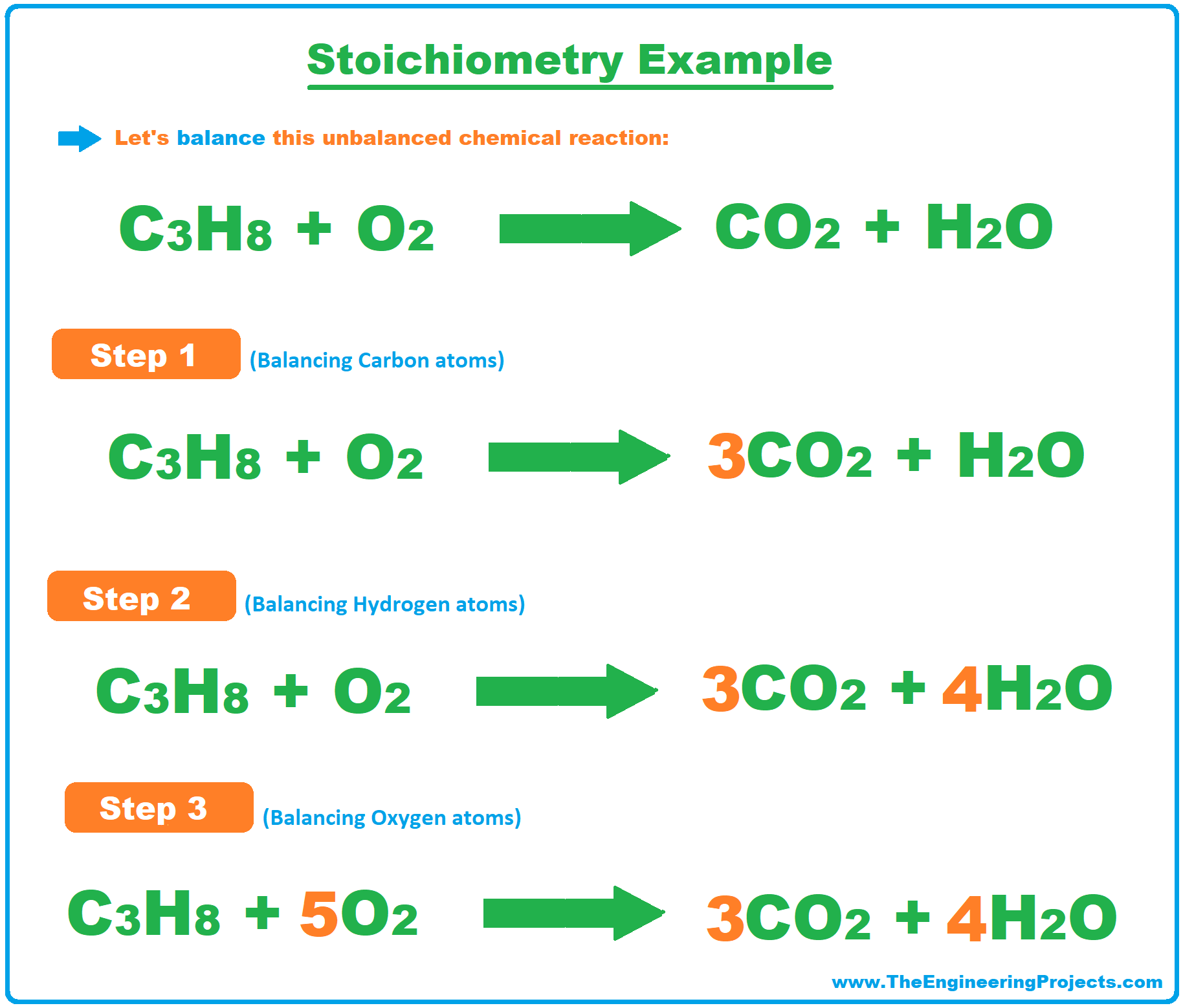 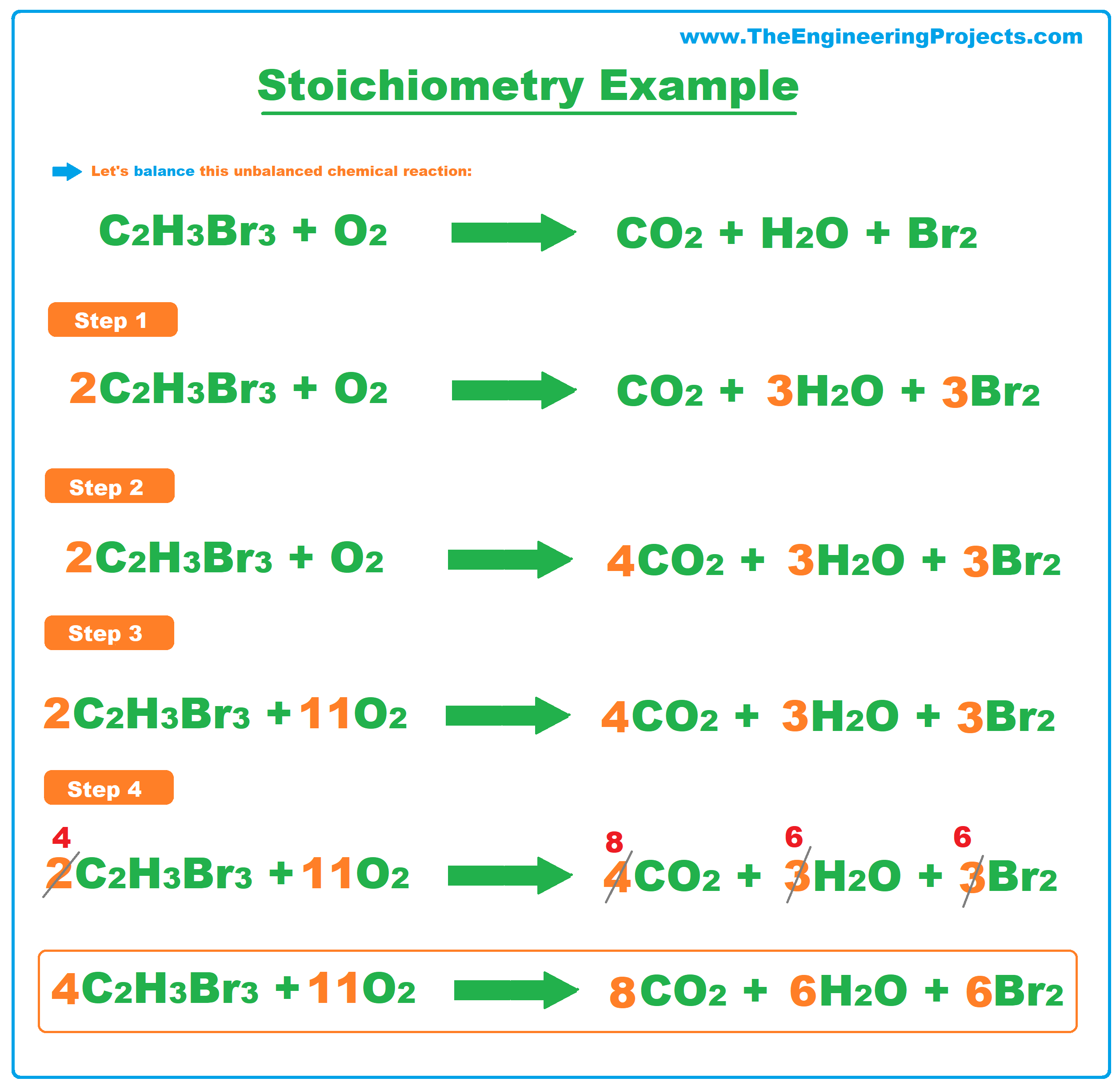 I hope you guys have completely understood the concept of balancing a chemical reaction. Always remember, whenever you are going to solve a stoichiometric numerical problem, you have to balance the chemical equation first, otherwise you won’t be able to solve the problem correctly. It is a necessary evil! Don’t skip it, okay?

Now let’s have a look at How to perform conversions from one unit to another using balanced equations.

In the previous section, we have seen How to balance a chemical reaction and now we will discuss How to make unit conversions of chemical elements using these balanced equations.

Now let’s have a look at the grams definition:

The following table shows the difference between Moles & Grams:

Now let’s have a look at How to make conversions between moles and grams using the molar ratio.

There are four types of conversions that can be performed between these two units in stoichiometry, which are:

Grams-Grams Conversion is the most widely used one. Now let’s solve few Stoichiometry problems to understand these conversions. These real-life problems will also help you understand the importance of stoichiometry calculations and how they are used in chemistry.

In stoichiometry we come across a number of numerical problems that ask for the following calculations;

All these calculations are stoichiometric in nature as it involves the above-mentioned conversions. In this discussion, we are going to pick one problem from each of the above topics and I would help you solve and understand them in the best possible way. Let’s get started!

Limiting reactant can be defined as:

Many times, we are asked to identify the limiting reactant in a numerical problem, following is one of such problems:

Step 1: Write the Balanced Equation of the chemical reaction: 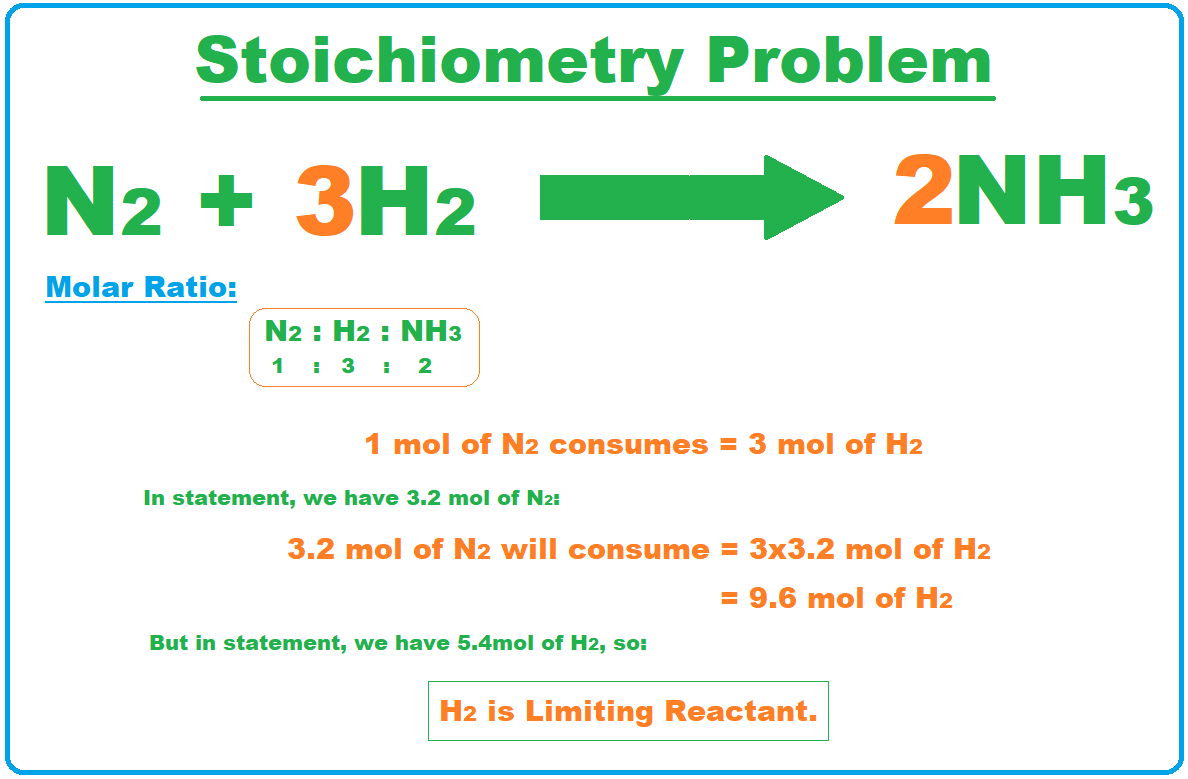 The conclusion can be written as;

First, let’s have a look at their definitions:


Practical yield can be equal or less than the theoretical yield, most of the students ask why and how it happens? Here is a simple answer:

Why we use this concept?

You must be thinking why we need this simple percentage in our lives, let me tell you why! It is extremely crucial to industries either chemical or pharmaceutical, they calculate the amount of profit or loss through this method. You might have faced the discontinuation of your favorite soap or shampoo or bubble gum in your life, it was all due to the decrease in the %age yield of the product that was not good enough to continue because when a product has a lesser profit margin there is no other choice than to discontinue it! Production is highly dependent on this concept regarding it to be a success factor for a product to rule the market.

It’s time for a numerical problem to help you better understand the concept!

42 grams of hydrogen reacts with nitrogen to form 120g of ammonia, determine the percentage yield of the product formed during the reaction.

Convert moles into grams because the actual yield has been given in grams and units of two quantities to be compared must be the same.

This is how we calculate the %age yield of a chemical reaction.

As we are well aware of combustion, how and why it happens, it’s time to solve the stoichiometric problems related to combustion analysis in which students are mostly asked to find empirical formulas. The empirical formula is different from the molecular formula, don’t confuse both with each other here’s why!

The molecular formula of benzene is C6H6 meanwhile the empirical formula is CH.

no of moles = mass in grams/ molar mass

Step 3: Dividing with a common denominator

Multiply 3 with the empirical formula subscripts

So the molecular formula is C6H18O3

This is how we calculate the empirical formula, summarizing it;

Summing up, stoichiometry is hard to understand at first but practice can make it easier for you, have patience and don’t fret, learn the formulas by heart and efficiently rearrange them to extract the desired entity which is missing! See you soon with the next topic, good day!