Hello everyone! I hope you all will be absolutely fine and having fun. I am going to elaborate you about Introduction to CD4051 today. CD 4051 is basically an analog multiplexer and demultiplexer. It is analog controlled switch. It has very low OFF leakage current and low ON impedance. Over full voltage ranges a very low power is dissipated by CD-4051.CD-4051 is an eight (8) channel multiplexer and has three control input named as A, B and C. These inputs connect only 1 out of 8 channels to the output in order to obtain the desired output. Channel I/O terminals became outputs and common O/I become input terminals when CD 4051 is used as a demultiplexer. CD-4051 has a lot of amazing features e.g. binary address decoding on chip, break before make switching eliminates channel overlapping, wide ranges of analog signals as well digital signal levels. CD-4051 can be used in signal gating, analog to digital converter, digital to analog converter, analog and digital multiplexing and demultilplexing. The further detail about CD-4051 will be provided later in this article.

CD4051 is basically an analog and digital multiplexer as well as demultiplexer. It is most commonly know as analog controlled switch. It has low ON impedance and very low OFF leakage current. It dissipates a very low power over full VDD-VSS & VDD-VEE voltage ranges. eliminatiing channel overlapping and wide ranges of analog signals are its main feature. It can be used analog to digital as well as digital to analog converters and analog & digital multiplexing. CD-4051 is shown in the figure given below. 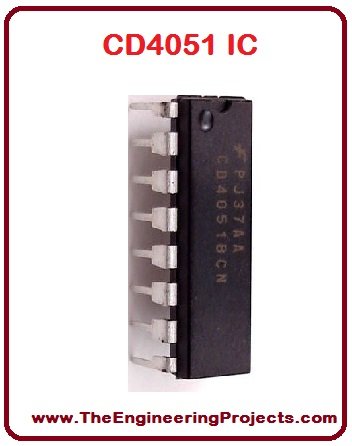 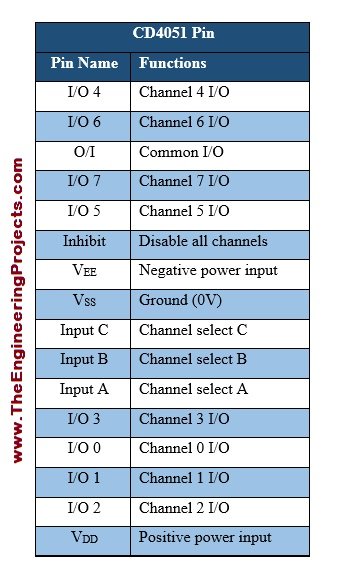 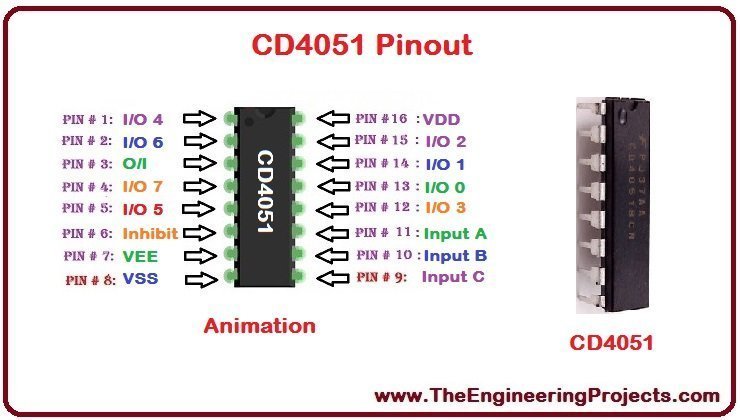 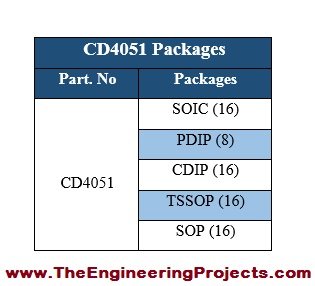 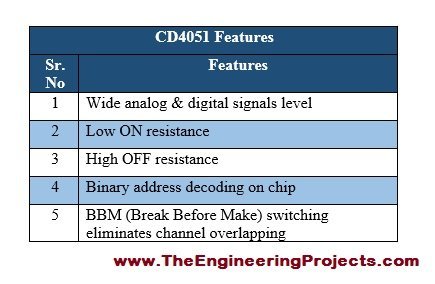 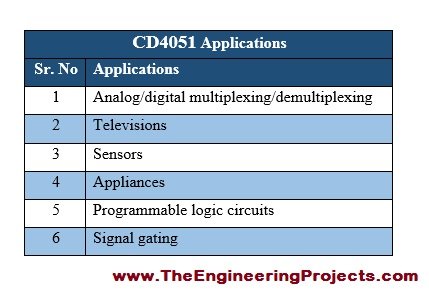 The tutorial Introduction to CD4051 has explained almost each of the necessary information about the use of CD 4051 Integrated Circuit (IC). If you find something missing let us know about the particular point. We will update this article accordingly. You can ask about each kind of issues which you face. We will try our best to resolve your problems. Other information about different IC's will be share with you guys in upcoming tutorials. Till then take care :) 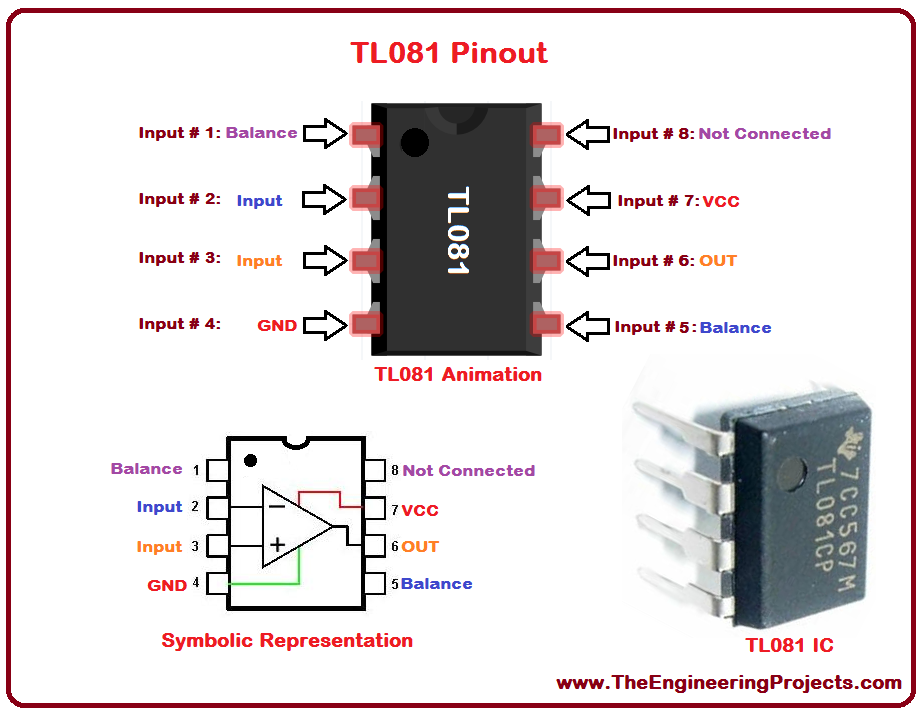