Hello everyone! I hope you all will be absolutely fine and having fun. Today, I would like to give a detailed discussion on Introduction to myRIO. myRIO is basically a sort of micro controller introduced by National Instrument (NI), that is why it is sometimes known as NI myRIO. First of all I would like to tell you a bit about this device then we will move further. After listening its name i.e. myRIO, the first question comes in mind that what is this RIO. So, RIO is basically abbreviated from Re-configurable Input/Output.

myRIO is a portable device and students can easily use it for the design and control of robots and may other systems quite efficiently. It operates on the frequency 667 MHz. myRIO has dual core ARM cortex A9 programmable processor. It has a Xilinx Field Programmable Gate Array (FPGA). FPGA support in myRIO helps the students to design real life developing systems and to solve real problems quite faster as compared to the other micro controllers. Using FPGA support we can avoid the complicated syntax used in C language and in many other. We just have to create logic instead of writing the complicated code with the proper syntax. So, it has reduced the student’s difficulties while designing complicated systems. It is student friendly device and is very easy to use. The processing speed of myRIO is quite higher than the standard micro controllers. So, it can be used t solve real life problems and it can be easily used in efficient systems which need a quick output response. It supports different languages e.g. C, C++ and graphical language (FPGA). The further detail about NI myyRIO will be provided later in this article.

myRIO is a real time embedded for evaluation. It was introduced by National Instruments. We can use it to develop the systems which require on board FPGA and microprocessor. LabVIEW is required to program it. Using this device, it is quite easy for the students to design complicated systems and to solve real life problems quite efficiently and quickly. It processing speed is almost ten times of the standard general micro-controllers and microprocessor. We can us this device in the systems where there is a need of quick responses e.g. CNC machines, two wheeled self balancing robots, robots performing different human operations. NI myRIO is shown in the figure given below. 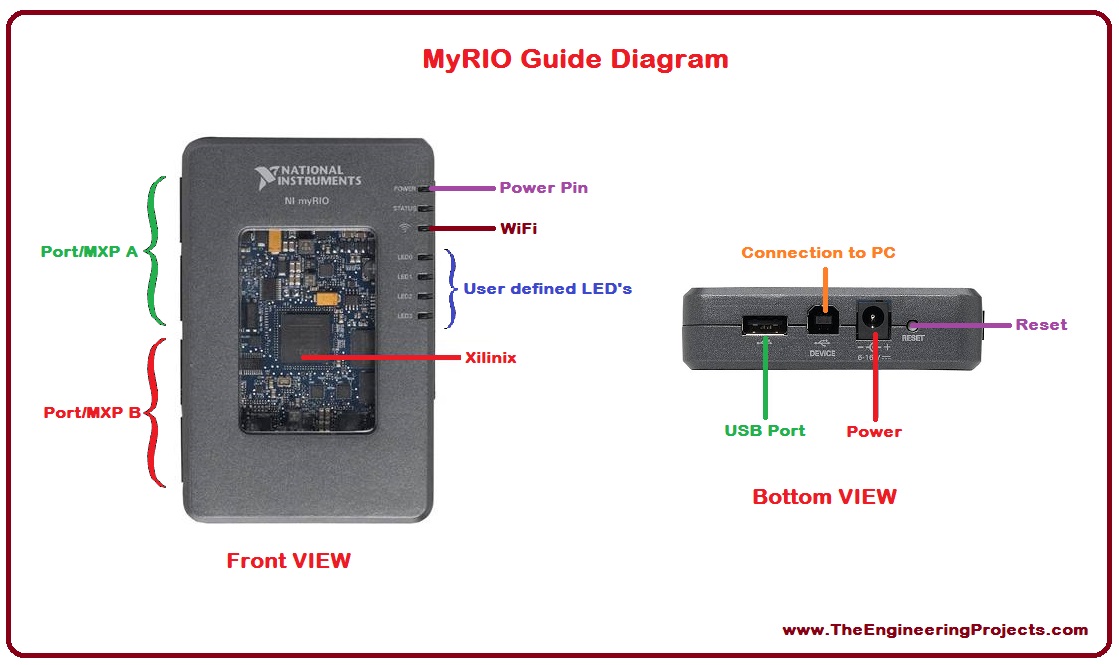 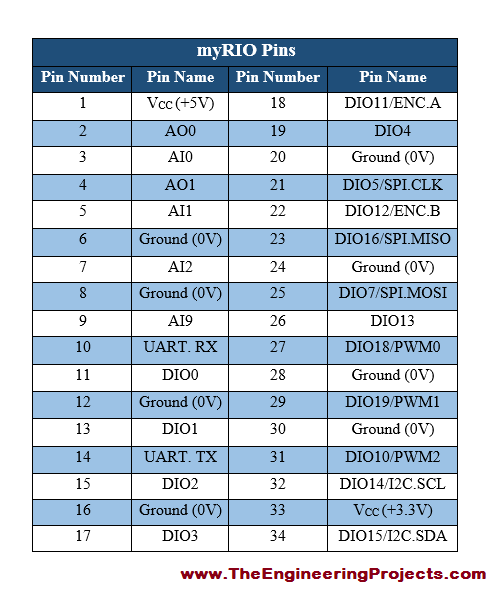 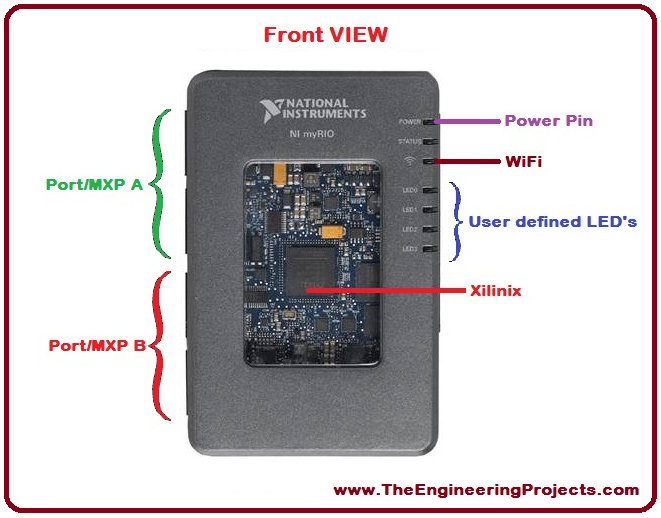 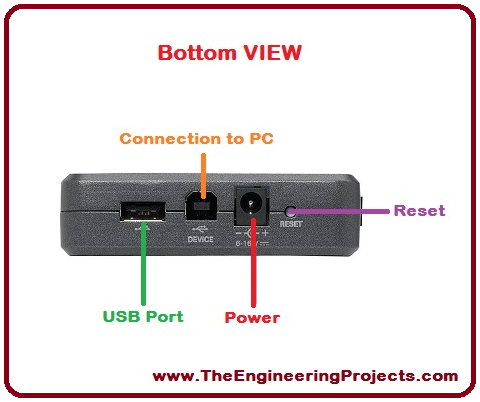 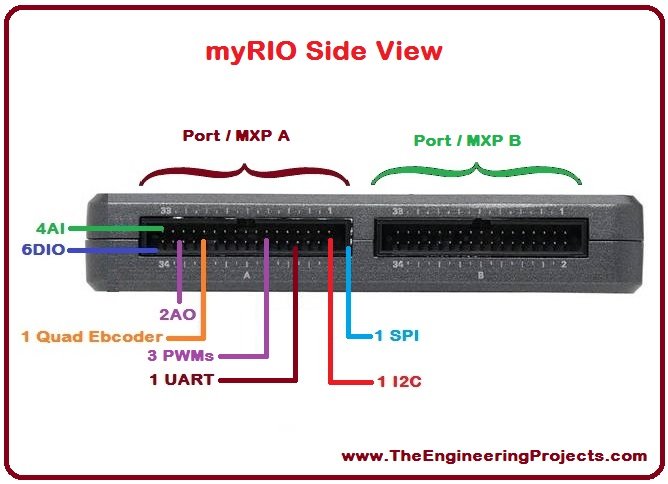 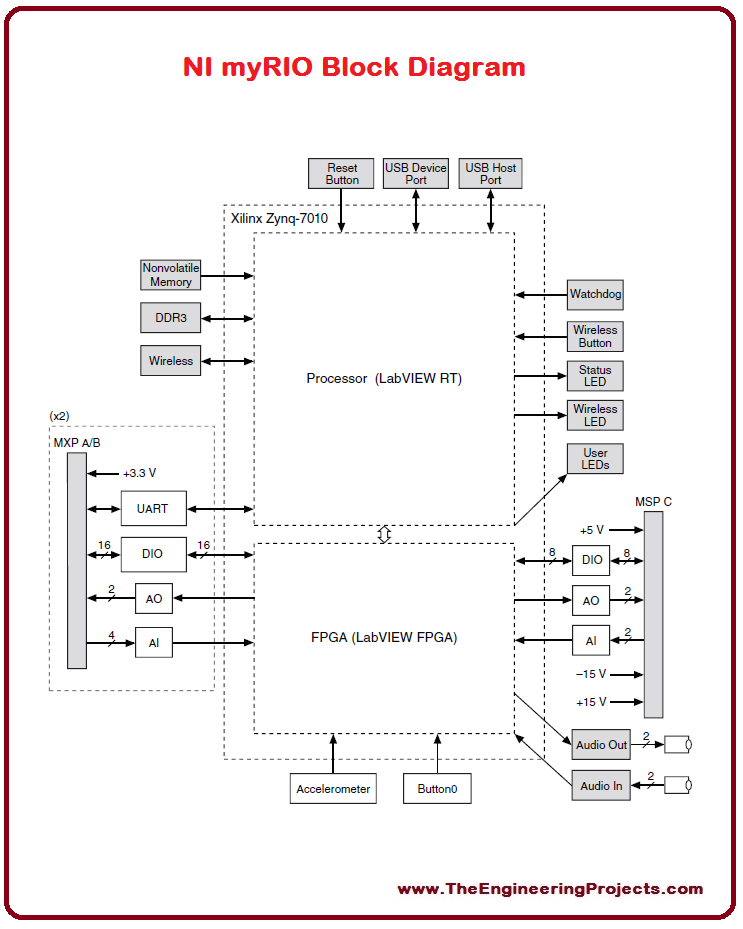 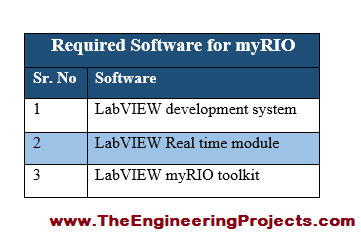 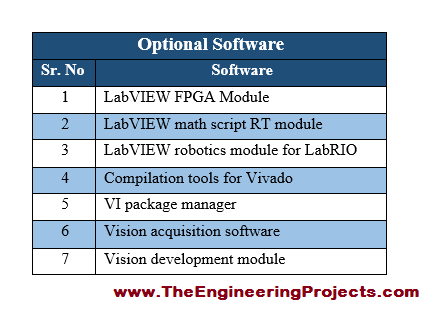 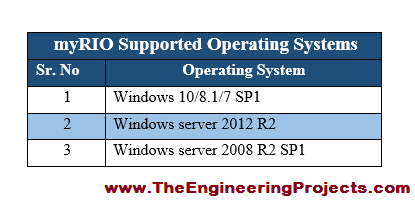 In the tutorial Introduction to myRIO, I have tried my level best to provide you the entire necessary details about the basic use of NI myRIO. I have provided complete pins configurations in order to use it properly. I hope you have enjoyed the tutorial. If you have any problem you can ask us in comments anytime you want. Me and my entire team is 24/7 available to entertain you. I will share different interesting topics in my upcoming tutorials. Till my next tutorial Take care and bye 🙂