Hey Guys! Hope you all are doing great and having fun. Today, I am going to discuss the details on the Introduction to Buck Converter. It is a power converter which is mainly used to stepping down the voltage from its input to the output load. It mainly consists of two semiconductors and one energy storing components which can be either capacitor or inductor. It works best in the circuits where electrical isolation is not required.

If Transistor is Switched ON 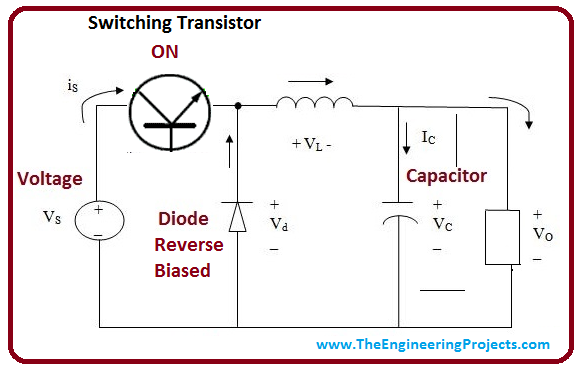 If Transistor is Switched OFF 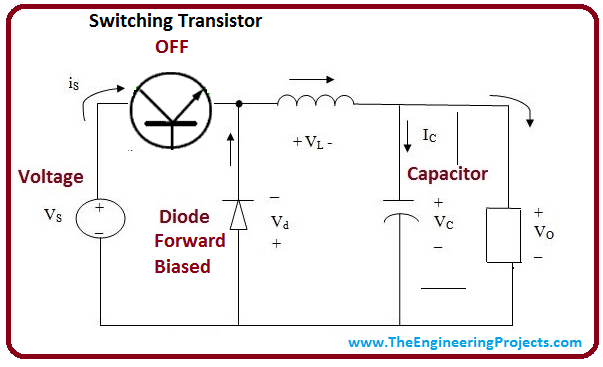 Here T(on) is a time duration of the cycle when the transistor is on and T is the total time of the cycle.

This diagram clearly shows that inductor current is equal to the sum of diode and input/switch current.

Buck converters exhibit a wide range of application depending on its efficiency and durability. Some of its main applications are given below.

USB On-the-GO is mainly used for connecting the mouse, keyboard and other useful devices to the smartphone. The main purpose of buck converter using in USB is to draw power from the USB and delivers it to the smartphone. Hence, it is the main source of regulating the power in both directions.

This is the brief overview of buck converter, its working principle, and applications. I have tried my best to cover as many aspects as possible. However, if you still think some of your questions went unanswered, you can connect me in the comment section below. I will try my best to resolve all of your queries relating to buck converters. Will see you all in the next article. Stay Tuned!