Hello Friends! I aspire you a very happy and promising life. We always feel happy when you visit out site for useful information that guides you in the right direction and puts you ahead from others. Today, I am going to unlock the details on the Introduction to 2n7002. It is an N-Channel MOSFET which is mainly designed to reduce on-state resistance. It is an ideal choice for high efficiency power management applications because it comes with an ability to maintain high switching performance. I’ll try to cover each and every aspect related to this MOSFET so you find all information at one place. Let’s dive in and explore what is this about and what are its main applications? 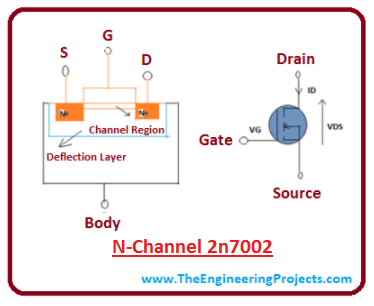 That’s all for today. I hope you have enjoyed the article. However, if you have any question you can ask me in the comment section below. I’d love to help you with best of my expertise. We really appreciate when you keep us updated with your feedback and suggestions, as they allow us to give you quality work. Thanks for reading the article. Stay Tuned!