Hey Guys! Hope you are doing great. Transistors are the fundamental parts of the recent electronic devices. They are available in two types i.e. NPN and PNP transistors. Based on the technical aspect and utilization, both types come with different benefits and advantages. Today, I am going to discuss the details on the Introduction to 2n3792. It is a PNP (positive-negative-positive) silicon bipolar power transistor mainly used for amplification and medium speed switching. It is manufactured using epitaxial planer process and comes in TO-3 casing.

I’ll cover each and everything related to this transistor so you don’t need to go anywhere and find all information in one place. Let’s explore what is this about, its main applications and everything you need to know. 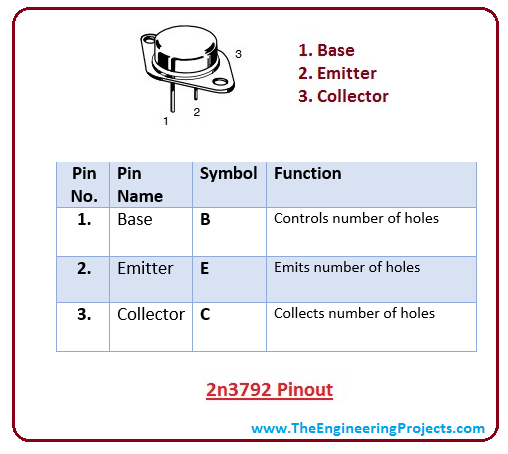 Absolute Maximum Ratings of the 2n3792 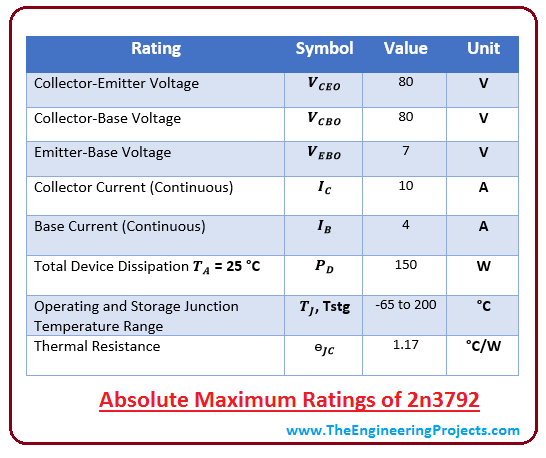 That’s all for today. I hope you have found this article useful. If you are unsure or have any question, you can ask me in the comment section below. Your suggestions and feedback will be highly appreciated, they allow us to provide you quality work that resonates with your needs and expectations. Thanks for reading the article.