Hey Guys! I am back to give you a daily dose of information so you can excel and grow in your relevant field and keep coming back for what we have to offer. If you are a hobbyist or student, you require a transistor for the execution of your project every now and then.

Today, I am going to unlock the details on the Introduction to 2n4123. It is an NPN (negative-positive-negative) general purpose transistor which is mainly used for the amplification and switching purpose where collector current around 100mA is required. It is a semiconductor device mainly composed of silicon and comes with three terminals where a voltage applied to the one pair of terminals is used to control the current at the other pair of terminals.

I’ll break down each and everything related to this transistor in easy steps so you can grab the main concept easily. Let’s dive in.

Following figure shows the pinout of this NPN transistor which mainly consists of three terminals. 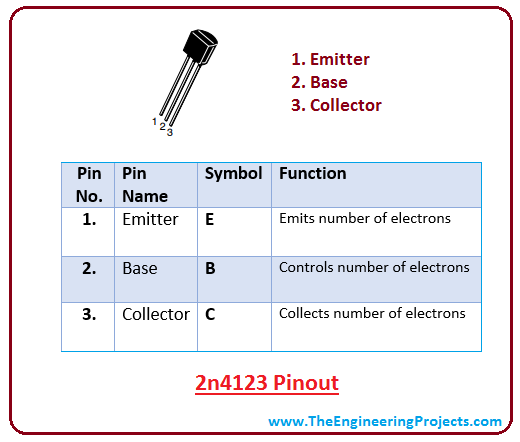 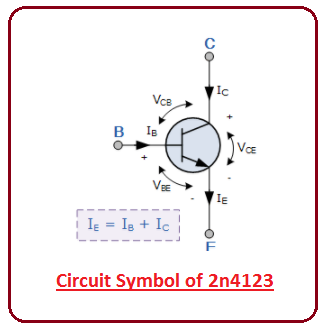 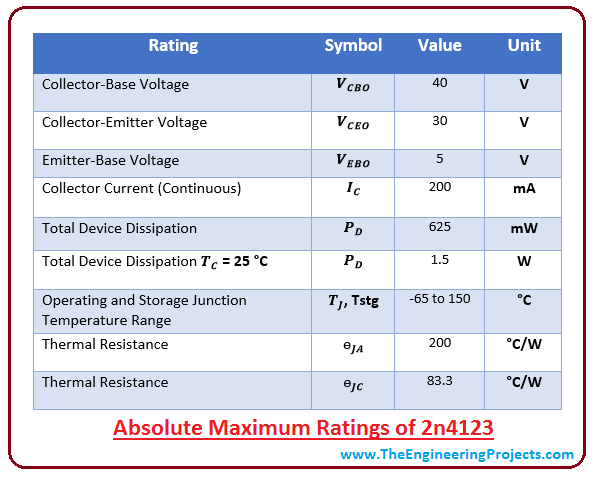 That’s all for today. I hope you have found this article useful. If you are unsure or have any question, you can ask me in the comment section below. I’d love to help you in any way I can. Keep your suggestions coming. Your valuable suggestions and feedback keep us busy providing you quality work that resonates with your field of interest. Thanks for reading the article.