Hi Friends! Hope you are doing well. Today, I’ll discuss and highlight the main question relating to VPN – Should You Build Your Own VPN From Scratch?

We all know how important and valuable VPNs are. Using them to get Netflix’s or Amazon’s full catalogs is one thing, but the security benefits are vital. Without a VPN, your data is up for grabs. And while a VPN cannot fix all the privacy issues of our current reality, it does make you more difficult to infiltrate than most others. You should also have a look at How to use VPN, if you are not already aware of.

Should You Build Your Own VPN From Scratch?

Get a VPN router

This is obviously the simplest method, considering that you won’t have to build it from scratch. And it’s definitely not a waste of money. A good router is an investment – not that it’s that expensive anyway. Many recent routers come with built-in VPN capabilities. This is certainly the best option if you don’t want to worry about the technicalities.

Building a server from scratch

The alternative to simply buying a router with VPN capabilities is to build a dedicated VPN server from scratch. For this, you will require a device that is always on and connected to the network. Apple and Windows both have built-in capabilities that will turn your device into a VPN server, but they don’t really offer the optimal level of security.

An easy alternative is OpenVPN. Open source software is always a good option, and OpenVPN certainly works well enough to justify it as the perfect choice.

Is it worth it? 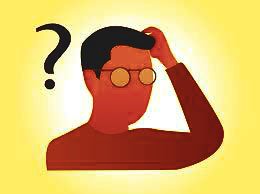 Setting up your own VPN is relatively simple and cheap (if not free). But is it worth the effort?

Well, it depends. If you’re using a VPN primarily for security, you might feel more comfortable setting up your own, rather than connecting to someone else’s servers. This way you know that your data isn’t being stored.
That said, reputable VPN providers are probably not storing your data and, unless you have any reason to suspect any different, I’d trust them. The issue then becomes cost. While the average $10 a month is not so bad, it’s yet another monthly payment that just adds up.

If, however, you’re using a VPN to get past the regional blocks imposed by Netflix, Amazon, Hulu, etc., your own VPN won’t be very useful. A paid provider like ExpressVPN has servers around the world. Even if you live in the US, you’re not getting the full Netflix catalog. You can check on uNoGS.com whether a series or movie you want to watch is on somewhere else in the world and use a server in that region.

The price of a VPN doesn’t have to be as inhibiting either. Most providers offer an annual option. If you pay for a full year at once, you’ll save as much as 40% on some of them.

Use your own discretion if you want to create your own VPN. A paid provider is not a bad option, but nothing beats the peace of mind you’ll feel with your own.

That’s all for today. I hope I’ve given you everything you need to know about setting up your own VPN. If you are unsure or have any question, you can ask me in the comment section below. Thanks for reading the article.