Hi Guys! Hope you are doing well. I am back to give you a daily dose of useful information. Today, I’ll discuss the details on the Introduction to Raspberry Pi 3 B+. It is a small board computer, introduced by Raspberry Pi foundation in 14th March 2018 and is the most recent version of the Pi boards.

It is a modified form of its predecessor Raspberry Pi 3 B that was introduced in 2016 and came with CPU, GPU, USP ports and I/O pins. Both versions are almost same in terms of functionality and technical specifications; however, there are some exceptions in the B+ model as it comes with USB boot, network boot, and Power over Ethernet option that are not present in the B model.

Technology has been evolved over time with the purpose of making lives easy and convenient. This device was a major development in the technology that made computer learning too easy that anyone with little effort can make their feet wet with the process.

In this tutorial, I’ll discuss each and everything related to Raspberry Pi 3 B+, its main functions and features, benefits and everything you need to know, so you find all information in one place without wrestling your mind on the web surfing. Let’s dive right in.

Introduction to Raspberry Pi 3 B+

Following figure shows the pinout of Raspberry Pi 3 B+ 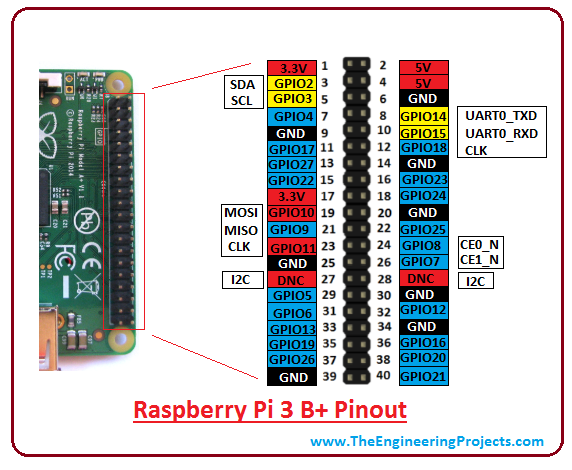 CPU: The CPU is a brain of this tiny computer that helps in carrying out a number of instruction based on the mathematical and logical formulas. It comes with a capacity of 64 bit.

Clock Speed and RAM: It comes with a clock speed of 1.4 GHz Broadcom BCM2837B0 that contains quad-core ARM Cortex-A53 and RAM memory is around 1GB (identical to the previous version)

GPU: It stands for graphics processing unit, used for carrying out image calculation. Broadcom video core cable is added in the device that is mainly used for playing video games.

USB Ports: Two more USB ports are introduced in this new version, setting you free from the hassle of using an external USB hub when you aim to join a number of peripherals with the device.

MicroUSB Power Source Connector: This connector is used for providing 5V power to the board. It draws 170 to 200mA more power than B model.

HDMI and Composite Connection: Both audio output socket and video composite now reside in a single 4-pole 3.5mm socket which resides near HDMI. And the power connector is also repositioned in new B+ model and lives next to HDMI socket. All the power and audio video composite socket are now placed on the one side of the PCB, giving it a clean and precise look.

PoE: B+ model comes with a facility of Power over Ethernet (PoE); a new feature added in this device which allows the necessary electrical current using data cables.

Other Changes: The B+ version comes with little improvement in the features and poses slightly different layout in terms of location of the components. The SD memory slot is replaced by a micro SD memory card slot (works similar to the previous version). The status LEDs now only contain red and green color and relocated to the opposite end of the PCB. 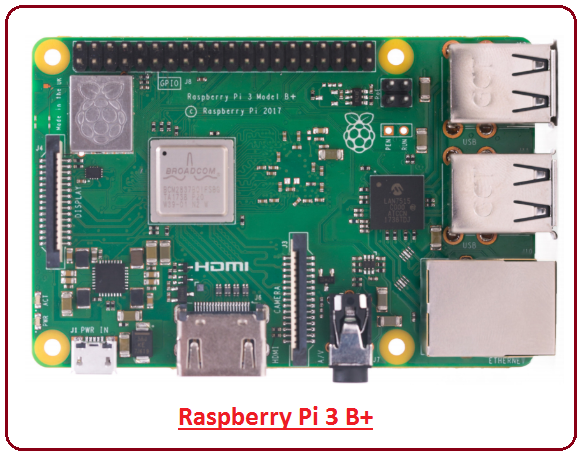 Following figure shows the dimensions of Raspberry Pi 3 B+ 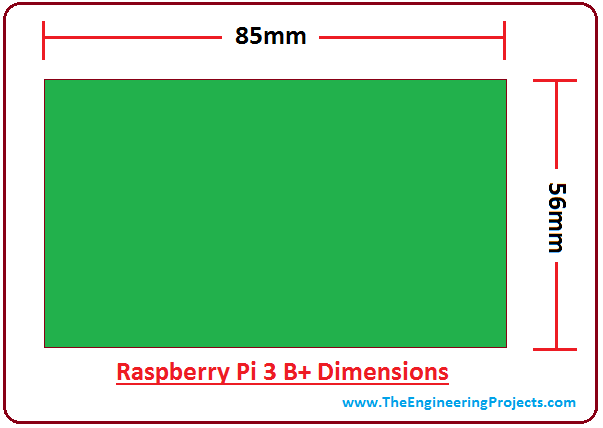 Raspberry Pi comes with a wide range of applications and works as a regular computer in some cases.

That’s all for today. I hope you have found this article useful. If you are unsure or have any question you can ask me in the comment section below. I’d love to help you according to the best of my expertise so you always keep coming back for what we have to offer. You are most welcome to keep us updated with your valuable feedback and suggestions, they allow us to give you quality work that resonates with your needs and requirements. Thanks for reading the article.