Hello friends, I hope you are all fine will be doing something special in your life. In today’s post, we are gonna have a look at detailed Introduction to MPU6050. MPU6050 is basically a sensor for motion processing devices. It is the world first six dimension motions tracking device. It was designed for low cost and high performances smartphones, tablets and wearable sensor. It is capable of processing nine-axis algorithms, it captures motion in X, Y and Z axis at the same time.

MPU6050 is used in different industrial projects and electronic devices to control and detect the 3-D motion of different objects. In today’s post, we will have a look at its working, pinout, protocol, it’s interfacing with Arduino, features, applications, etc. I will also share some links of projects where I have interfaced it with Arduino and some other microcotroller. Friends if you have any question about it, Please ask in comment box I will resolve your queries in simplest way as can possible. So let’s start with basic Introduction to MPU6050. 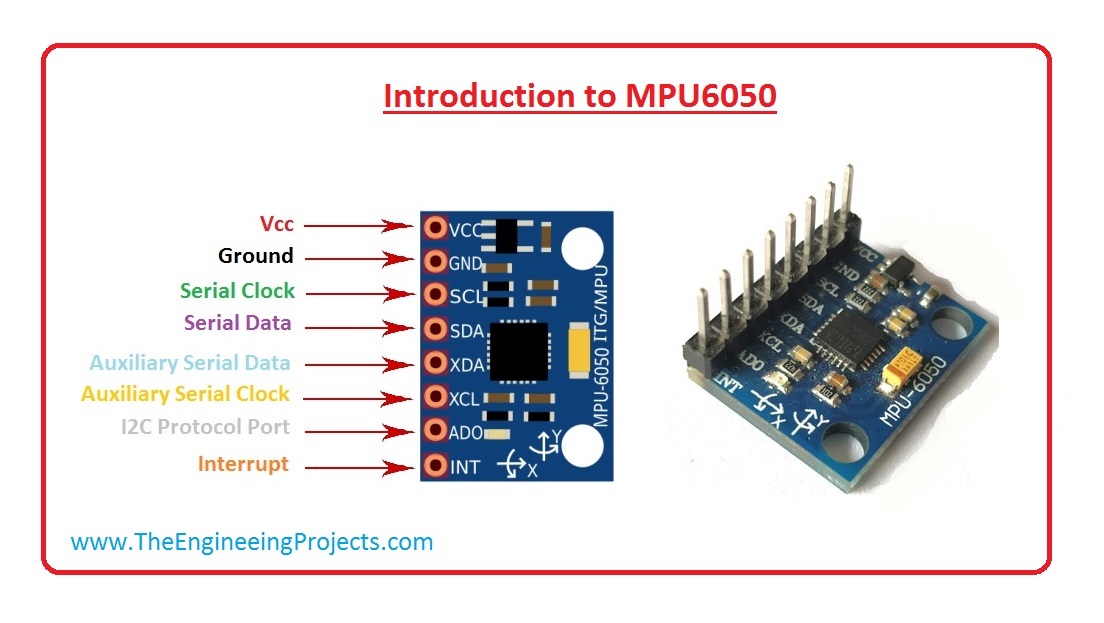 There is a main eight PINOUT of MPU6050, which are described here:

These are some features of MPU6050.

Now let’s discuss the I2C protocol on which it operates.

As we earlier discus that MPU6050 works on I2C protocol, now discuss this protocol.

Now let’s have a look at MPU6050 Arduino interfacing.

Friend, that was about MPU6050, If you something else kindly asks in a comment box. I will further guide you in the next tutorial. Till then take care…..