Hello friends, I hope you all are doing great. In today’s tutorial, we are gonna have a look at detailed Introduction to 74HC14. 74HC14 is a member of 74XXXX integrated circuit series, it consists of logic gates. This module is also called HEX Inverting Schmitt Trigger. It is available in six independent Schmitt trigger input inverters with standard push-pull outputs. The boolean function performed by this logic gates is Y=A. It is a 14 pin module which is available in various packages.

The 74HC14 works on the voltage range of 2.0V to 6.0V. This is a higher speed CMOS Schmitt Inverter mounted with a silicon gate C2MOS technology. In today’s post, we will have a look at its pinout, construction, specifications, applications, working, etc. I will also share some links where I have interfaced with other microcontrollers. If you have any question about it ask in comments I will resolve your problems. So let’s get started with Introduction to 74HC14.

Now, we discuss its pinout with a detailed description. 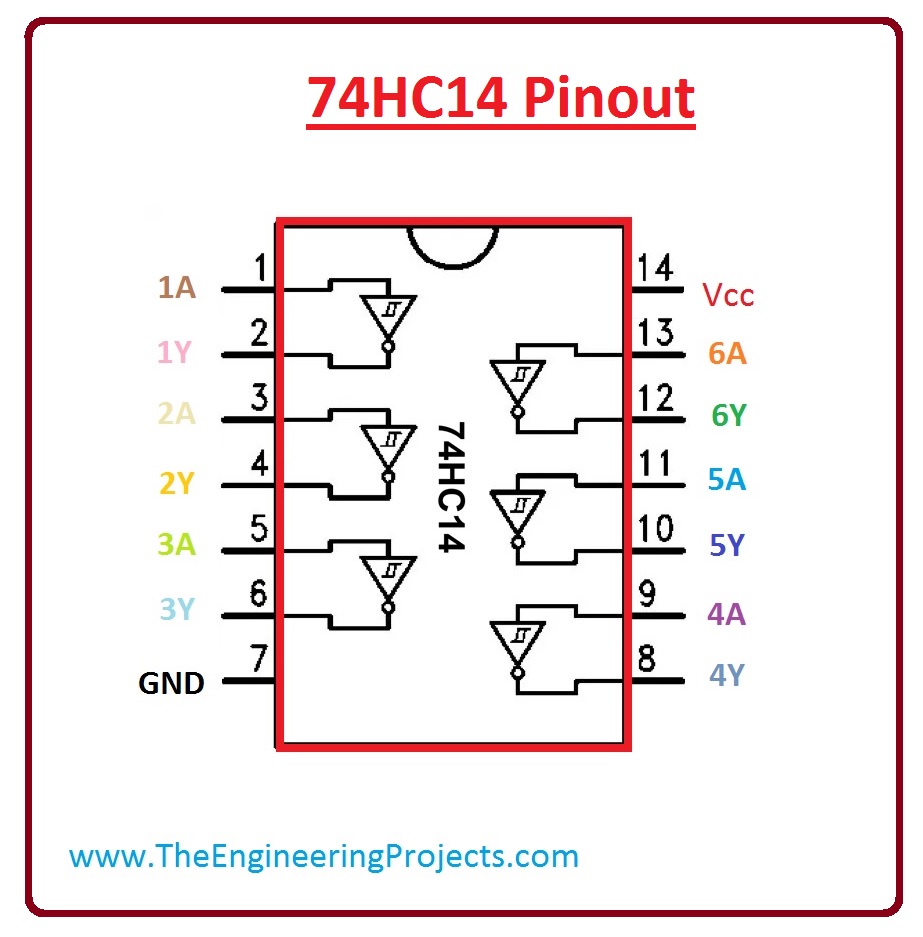 Now, we have a look at the specifications of 74HC14.

Now we discuss its works, with a detailed description.

So, friends that were all about 74HC14, if you have any question about it please ask in comments I will resolve your queries. Thanks for reading. Take care until the next tutorial…