Hello friends, I hope you all are doing great. In today’s tutorial, we will have a look at Dependency Injection in ASP.NET Core. It’s our 7th tutorial in ASP.NET Core series. In previous versions of ASP.NET, dependency injection was not its core element, although we could have achieved it using third party packages i.e. Ninject, StructureMap etc. 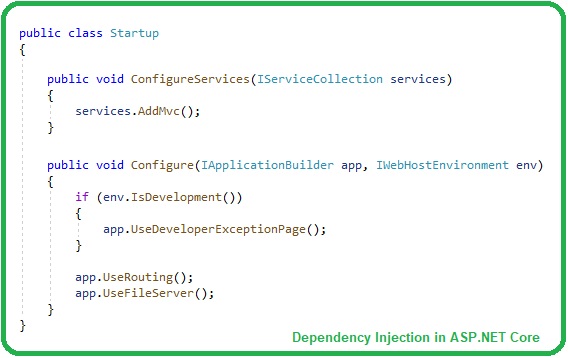 We have added the dependency condition in our Dependency Injection Container. But remember one thing that we haven’t yet connected Model and Controller. We have just connected a Model Class with a Model Interface. So, now let’s have a look at Constructor Injection in ASP.NET Core:

Why we need Dependency Injection ???