Hello friends, I hope you all are doing great. In today’s tutorial, we are going to have a look at what are Middleware in ASP.NET Core. It’s our 3rd tutorial in ASP.NET Core series. In order to understand the Middleware, we have to open the Startup.cs file present in Solution Explorer.

In our previous lecture, we have discussed the Code in Startup.cs and I have told you thhat we will discuss the Configure method later, so now we have to understand that code first. So, first let’s define middleware components and then have a look at that code: 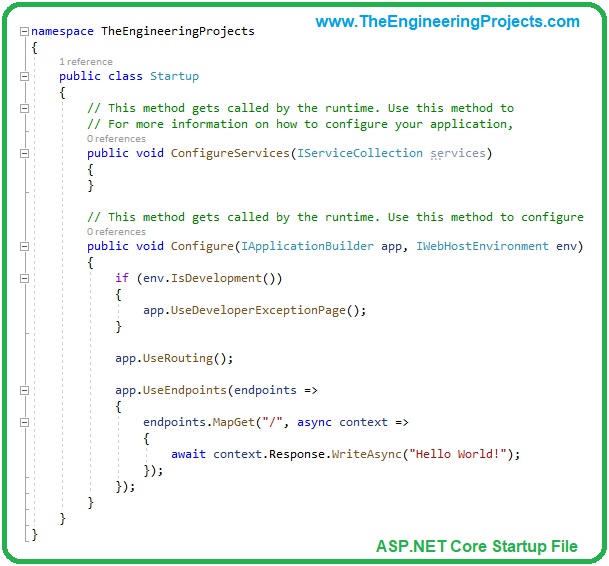 So, that was all about Middleware in ASP.NET Core. If you got into any trouble, then ask in comments and I will help you out. In the next article, we will have a look at How to add static files in ASP.NET Core. Till then take care & have fun !!!