Hello friends, I hope you all are doing great. In today’s lecture, we will have a look at HTML Tag Helpers in ASP.NET Core. It’s our 12th tutorial in ASP.NET Core series. If you have worked on ASP.NET then you must have been familiar with HTML Helpers. Tag Helpers are quite similar to HTML Helpers with slightest difference in its syntax.

So, after adding this statement, we can now use Tag Helpers in our project. Let’s have a look at few commonly used Tag Helpers: 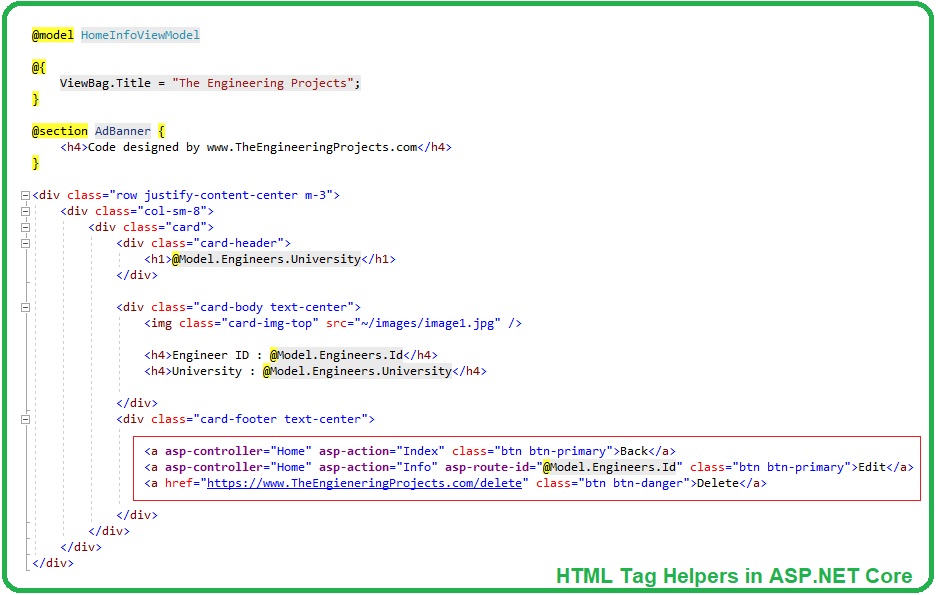 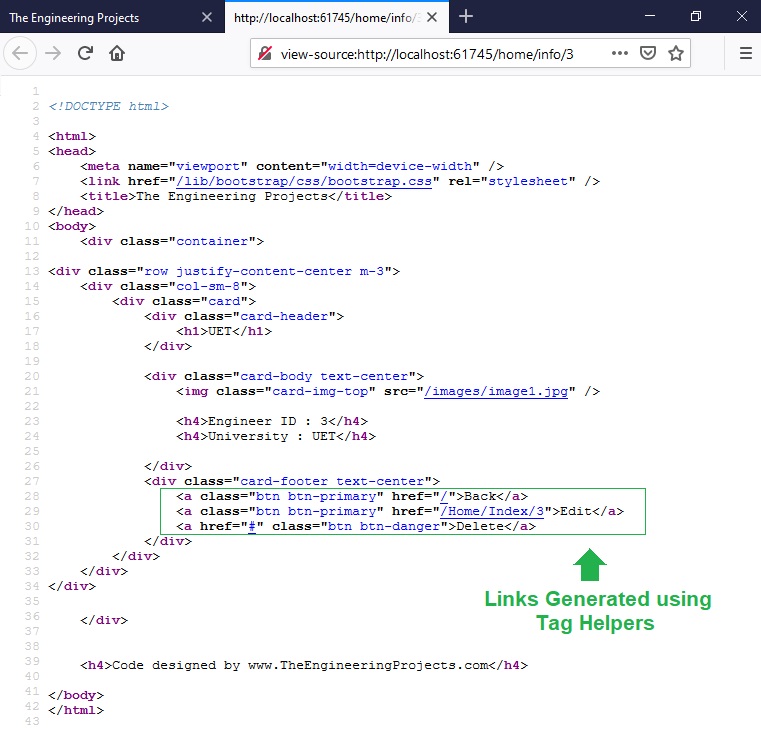 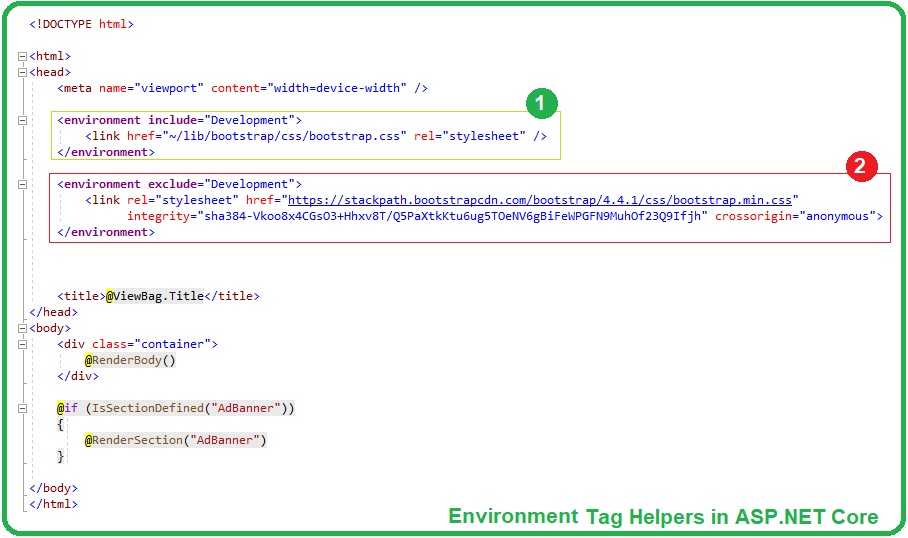 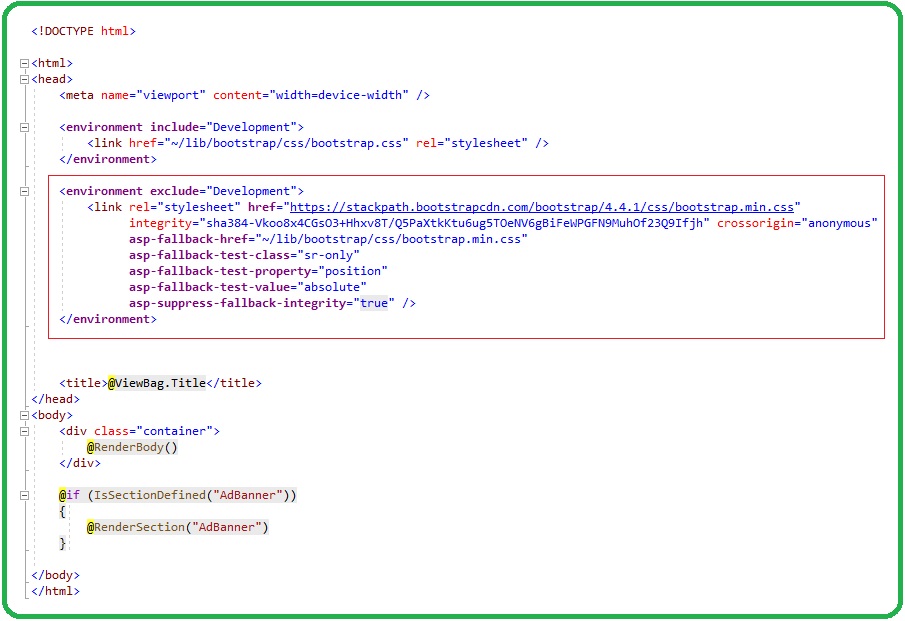 So, that was all for today. I hope you have enjoyed today’s lecture. In next tutorial, we will have a look at How to design Bootstrap navigation Menu in ASP.NET Core. Till then take care & have fun !!!