Hi Guys! Hope you’re well. I welcome you on board. Thank you for viewing this read. In this post today, I’ll walk you through the Introduction to BC557.

BC557 is a bipolar junction transistor with DC current gain 300. It falls under the category of PNP transistors where one N-doped layer stands between the two P-doped layers. The continuous collector current is 100mA means it can drive load under 100mA. BC557 comes in the TO-92 package and is mainly used for switching and amplification purpose.

Before I bore you to tears, let’s dive in and read the complete introduction to BC557 covering datasheet, pinout, working principle, power ratings, physical dimensions, and applications. 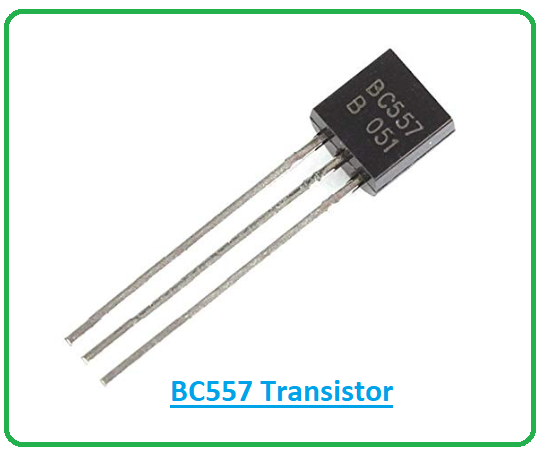 If you want to download the BC557 datasheet, click the link given below. This will help you understand the main characteristics of the BC557 transistor.

BC557 contains three terminals that are known as:

The following figure shows the pinout of BC557. 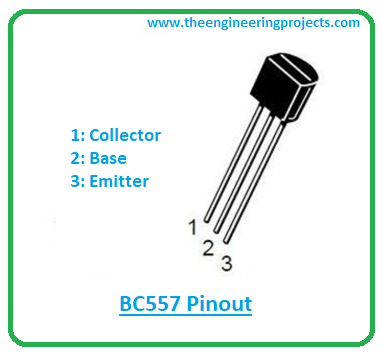 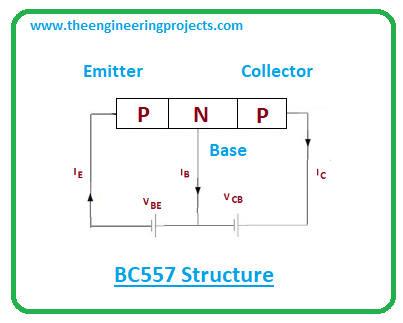 The following table represents the absolute maximum ratings of BC557.

BC557 equivalent alternatives are:

BC557 is used in the following application:

The following figure shows the physical dimensions of BC557 to help you evaluate the desired space of your electronic project.

That’s all about Introduction to BC557. I hope you like this post. If you have anything to add, you can share your insight in the section below. And if you need my technical help regarding the usage of this component in your project, I’m available to help you the best way I can. Thank you for reading this post.