Hi folks! Hope you’re well today. I welcome you on board. In this post today, I’ll detail the complete Introduction to BC517.

BC517 is an NPN bipolar junction transistor made up of silicon material and comes in a TO-92 package. It carries collector-current 1A, projecting it can drive loads under 1A. Total power dissipation is 625mW, indicating it releases power around 625mW while working. Collector-emitter and collector-base voltages are 30 and 40 respectively. The emitter-base voltage is 10V which means it requires only 10V to trigger the electron action inside the transistor.

Read this post all the way through as I’ll be documenting pinout, working, power ratings, alternatives, applications, and physical dimensions of transistor BC517. 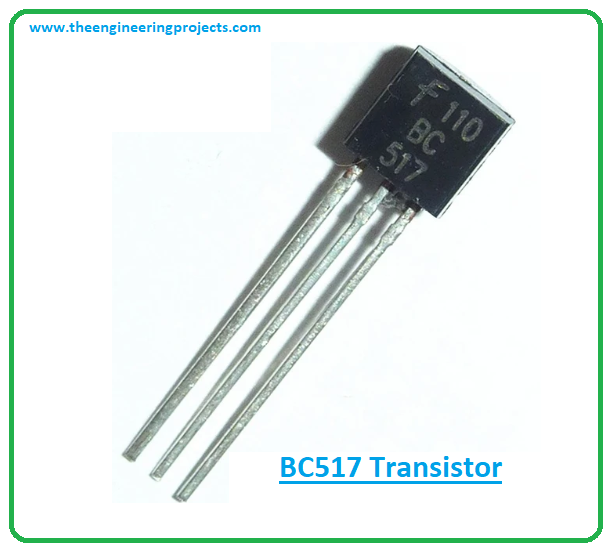 The BC517 comes with three pins called:

The following figure shows the pinout of BC517. 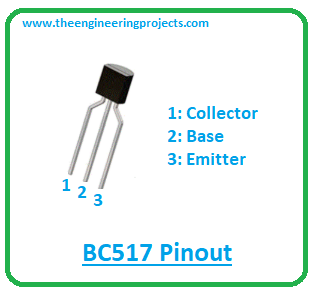 BC517 transistor comes in the following three main configurations: 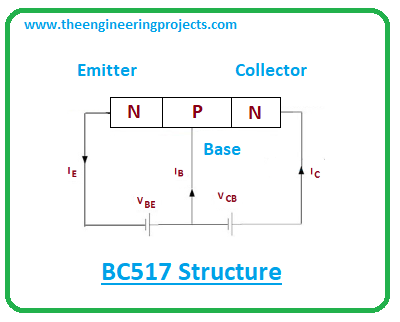 Moreover, the collector terminal is laced with the resistor to limit the flow of current.

The following table shows the absolute maximum ratings of transistor BC517.

It is used in the following applications.

The following diagram shows the physical dimensions of transistor BC517. It will help you identify the space required for your electrical project. 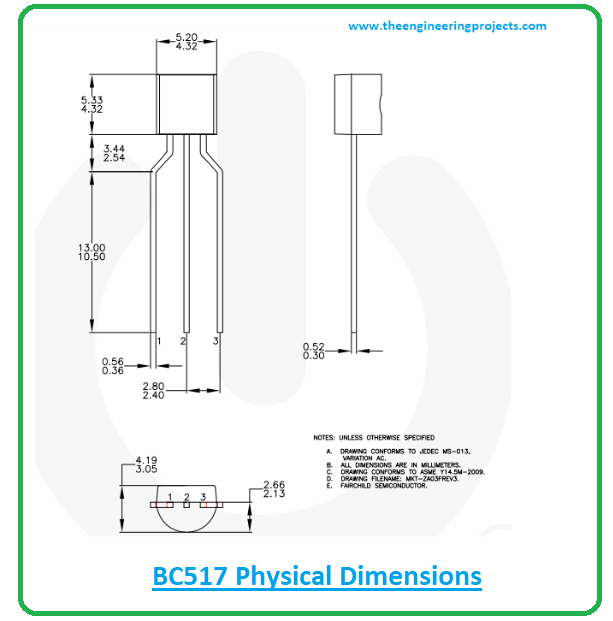 That’s all for today. I hope you find this article useful. If you have any queries, you can pop your question in the section below and I’ll try my best to help you the best way I can. Moreover, share your feedback and suggestions in the section below, they help us produce quality work. Thanks for reading this post.