Hi Fellas! Hope you’re doing well today. I welcome you on board. In this post today, I’ll detail the Introduction to 2SD882.

2sd882 is an NPN bipolar junction transistor used for amplification and switching purposes. It is a semiconductor device composed of silicon material and comes in the TO-126 package. As this is a bipolar transistor, here conductivity is carried out by two charge carriers i.e. electrons and holes where electrons are major charge carriers and holes are minority carriers. During the amplification application, the small input current across one pair of terminals is used to produce a large output current across other pairs of terminals.

In this post, I’ll walk you through the working principle, pinout, power ratings, alternatives, applications, datasheet, and physical dimensions of the 2sd882 transistor. 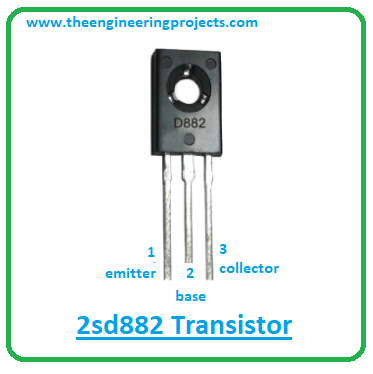 The datasheet of any electronic device demonstrates the main characteristics of the component. This way you can get a hold of the current, voltage, and power ratings of the device. Click the link below to download the datasheet of 2sd882.

The 2sd882 comes with three pins known as:

The following figure represents the pinout diagram of transistor 2sd882. 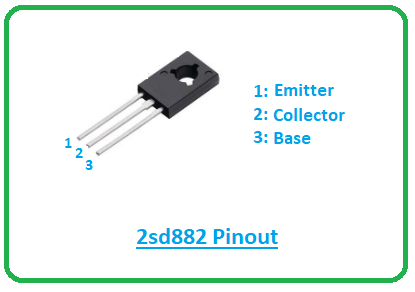 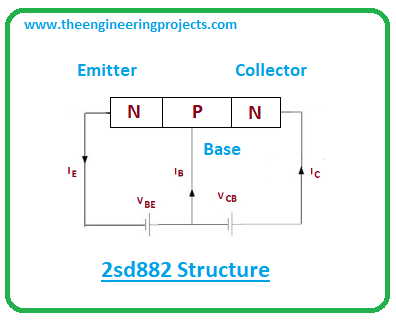 The following table demonstrates the absolute maximum ratings of 2sd882.

The following are the alternatives to 2sd882.

The complementary PNP transistor to 2sd882 is 2sb772

2sd882 is used in the following applications. 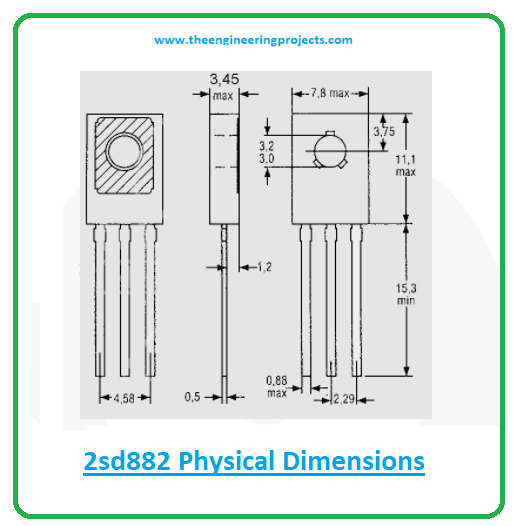 This is it. If you have any query, you can pop your question in the comment section below, I’d love to help you according to the best of my expertise. You are most welcome to share your valuable feedback and suggestions in the section below and help us create quality content tailored to your exact requirements. Thanks for reading the article.