Hi there! Hope this finds you well. I welcome you on board. Thanks for clicking this read. In this post today, I’ll be discussing the Introduction to D882.

D882 is a general-purpose transistor mainly famous for its high performance. It falls under the category of NPN transistor and is an ideal pick for commercial, educational, and hobbyists’ electronic projects. It comes in TO-126 with collector current 3A, projecting it can drive loads under 3A. There are three pins incorporated on the transistor that are used for external connection with the electrical project. The collector-emitter and collector-base voltages are 30V and 40V respectively with emitter-base voltage 5V, indicating only 5V are required to bias the component.

Read this post all the way through as I’ll walk you through pinout, datasheet, alternatives, working principle, power ratings, applications, and physical dimensions of this tiny electronic component D882. 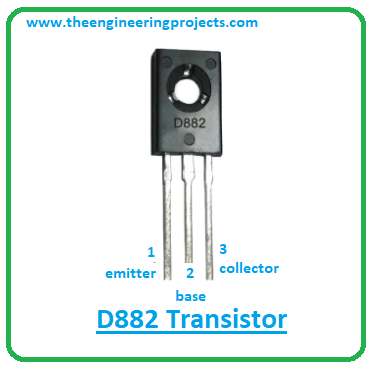 The datasheet of any component gives you the characteristics of the device through which you can understand the main features of the component before employing it into your project. Click the link below and download the datasheet of D882.

The following picture shows the pinout diagram of D882. 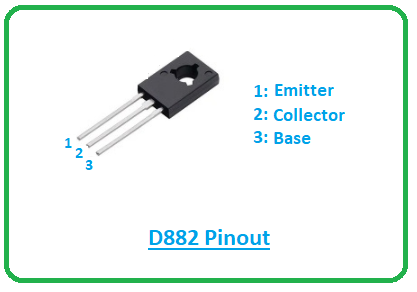 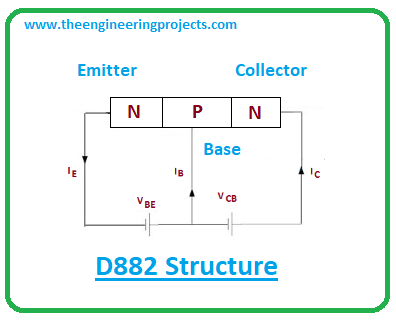 The following table represents the absolute maximum ratings of the D882 transistor.

The following are the alternatives to D882.

The D882 is mainly used in the following applications.

The following figure represents the physical dimensions of the D882. These dimensions help you evaluate the total space required for the entire electrical project. 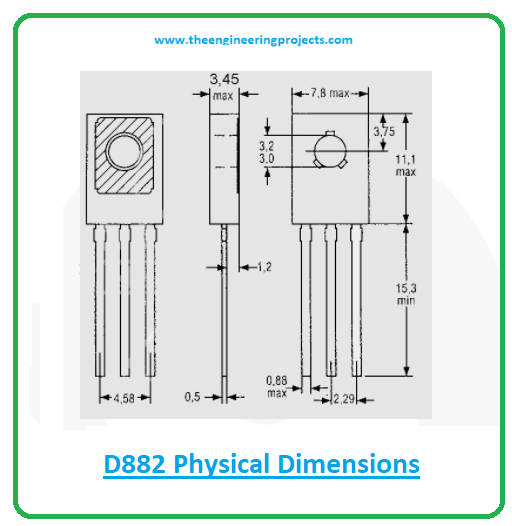 That’s all for today. I hope you find this article helpful. You’re most welcome to share your feedback and suggestions in the comment section, they help us produce quality content customized to your exact needs and requirements. If you have any question, you can pop your comment in the section below, I’d love to help you the best way I can. Thanks for reading the article.