Hi Friends! Hope you’re well today. Thank you for clicking this read. In this post today, I’ll walk you through the Introduction to BD135.

BD135 is a general-purpose medium-power transistor that falls under the category of NPN transistors. It is mainly used for switching and audio amplification purposes. It comes with a collector current 1.5A, indicating it can drive loads under 1.5A. Total power dissipation is 12.5W with storage temperature ranging from -55 to 150C.

Bear with me for a couple of minutes as in this post I’ll be discussing the complete introduction to BD135 covering pinout, datasheet, working principle, power ratings, applications, and physical dimensions of transistor BD135. 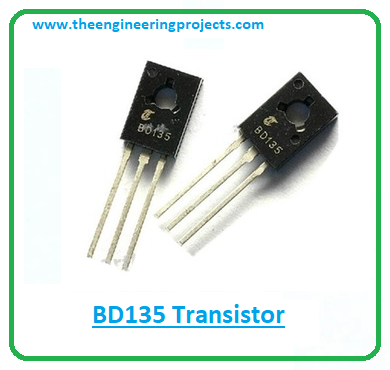 Before employing this component into your electrical projects, it is wise to have a look at its datasheet that will help you get a hold of the main characteristics this element holds.

The following figure shows the pinout of the BD135. 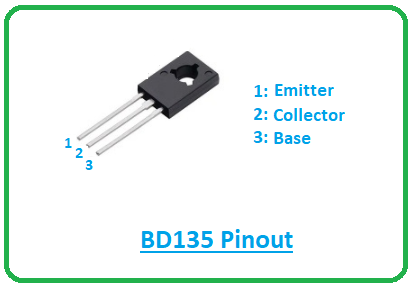 All these terminals are different in terms of functionality and doping concentration. Emitter pin is more doped compared to the other two terminals. These pins are used for external connection with the electronic circuit.

BD135 transistor is available in the following three configurations: 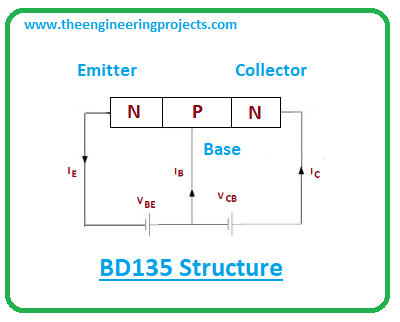 The following table shows the absolute maximum ratings of BD135.

The following are the alternatives to BD135.

BD135 is used in the following applications.

The following figure shows the physical dimensions of the BD135 transistor. 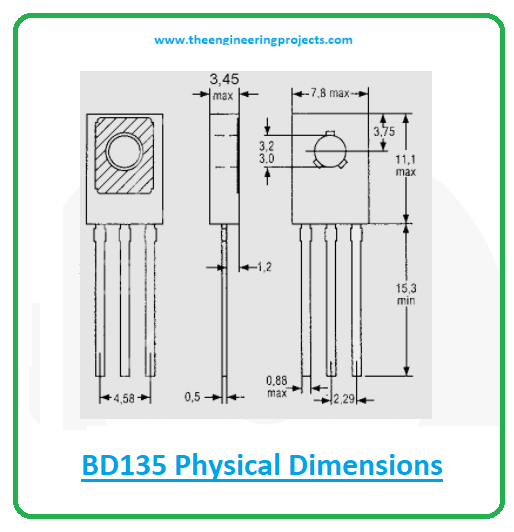 Looking into these dimension you can evaluate the space required for your electronic project.

This is it. I hope you find this article helpful. If you need my help, I’d be happy to contribute in any way I can. You’re most welcome to share your valuable suggestions and feedback in the section below, they help us create quality content. Thanks for reading the article.