Hi Folks! Hope this finds you well. Thank you for stopping by. In this post today, I’ll be discussing the Introduction to BD137.

BD137 is an NPN medium power transistor mainly employed in switching and audio amplification applications. It is composed of silicon material and comes in the TO-126 package. The collector-base and collector-emitter voltages are 45V and the emitter-base voltage is 5V which details that only 5V is required to bias this transistor and start transistor action. The collector current is 1.5A which documents that it can support loads under 1.5A. Power dissipation is 12.5W and storage temperature ranges from -55 to 150C. 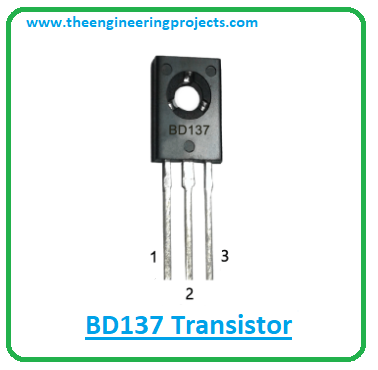 While incorporating this NPN transistor into your electrical project, it is better to scan through the datasheet of this component that will help you get a better understanding of the characteristics of the component.

The following figure shows the pinout of the BD137 transistor. 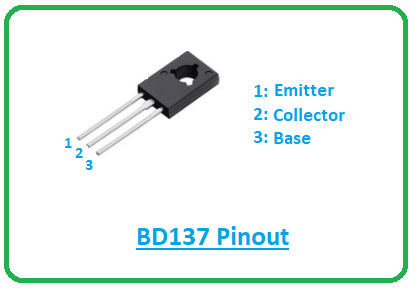 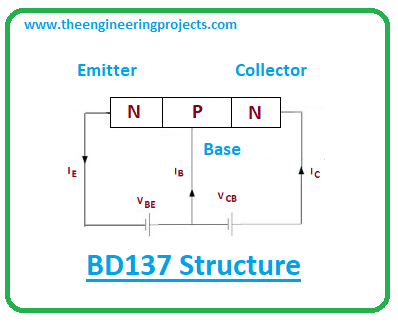 The following table shows the absolute maximum ratings of the component BD137.

BD137 is used in the following applications.

The following figure shows the physical dimensions of the BD137 transistor. 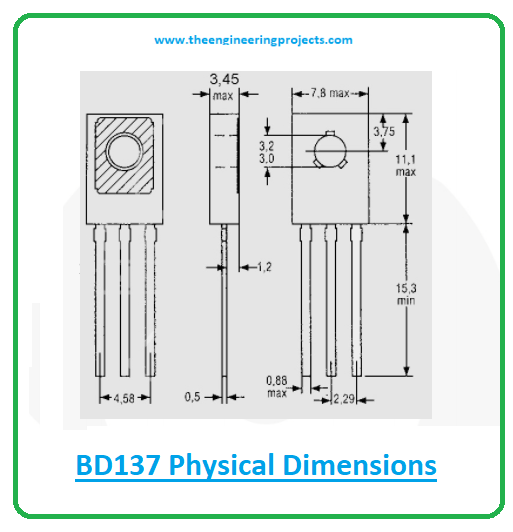 This will help you audit the space required for the entire project.

That’s all for now. Hope you find this read helpful. If you’re unsure or have any query, you can pop your comment in the section below, I’ll help you the best way I can. Keep sharing your feedback and suggestions around the posts we share, they help us create quality content. Thank you for reading this article.