Hi Guys! Thank you for clicking this read. Hope this finds you well. In this post today, I’ll document the Introduction to Tip42.

Tip42 is a medium power silicon transistor mainly used for switching and amplification purpose. It belongs to the PNP transistor family and comes in the TO-220 package. The collector current is 6A which signals it can support load under 6A. Both collector-base and the collector-emitter voltages are 40V. And the only 5V is required to initiate the transistor action as the emitter-base voltage is 5V. The power dissipation is 65W which defines the amount of energy released during the working of this transistor. The storage junction temperature is -65 to 150C and transition frequency is 3MHz.

Just stay with me for 2-min as I’ll be discussing the main features, pinout, datasheet, and applications of the device Tip42. 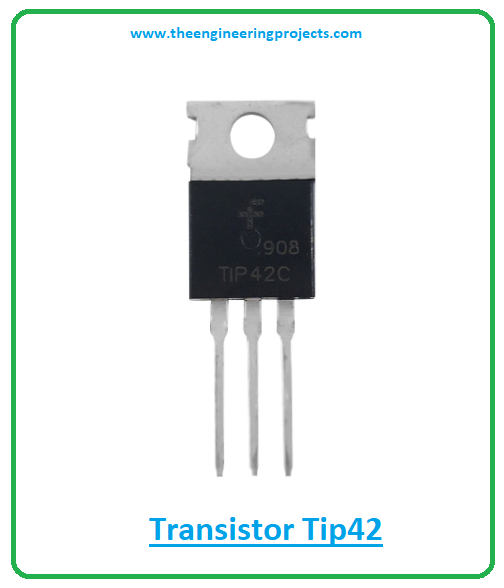 The following are the main features of transistor BC538.

These are the main features and absolute maximum ratings of the device Tip42. Make sure you don’t apply these ratings for more than the required time, otherwise it will harm your device reliability. 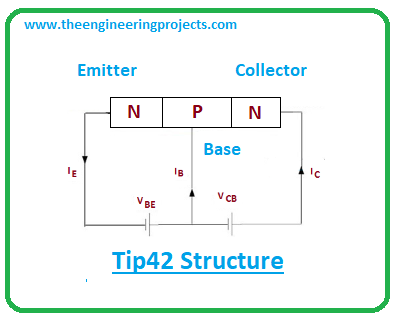 The following figure shows the pinout diagram of Tip42. 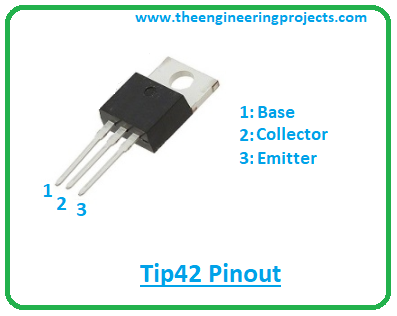 Before you apply this device into your project, scan through the datasheet of the component that helps you get a hold of the main characteristics of the device. You can download the datasheet of Tip42 by clicking the link below.

Tip42 is used in the following applications.

That’s all for today. I hope you’ve got a clear insight into the Introduction to Tip42. If you’re unsure or have any question, you can pop your question in the comment section below, I’d love to assist you the best way I can. Keep your suggestions and feedback coming, they help us create quality content customized to your exact needs and requirements. Thank you for reading the article.