Hello Guys! Hope you’re well today. I welcome you on board. In this post today, I’ll walk you through the Introduction to IRF830.

The IRF830 is an n-channel power MOSFET where conduction is carried out by both electrons and holes but electrons are the major carriers and holes are the minority carriers. It is a high voltage and fast switching device that comes with low on-state resistance.

You can also check this post on the Introduction to IRF730 that I’ve uploaded previously.

I suggest you buckle up and read this post all the way through as I’ll detail the complete Introduction to IRF830 covering datasheet, pinout, features, equivalent, and applications. 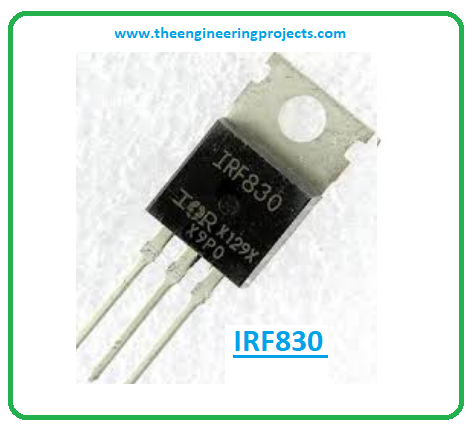 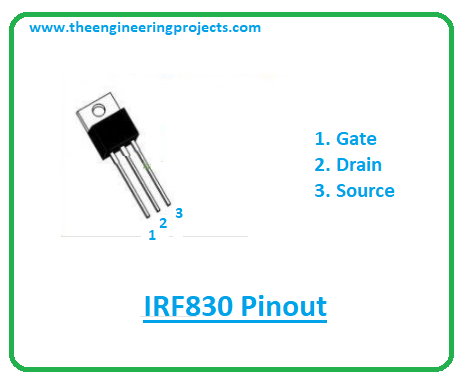 Know that… typically, the MOSFET is a four-pin device that comes with a Source (S), Gate (G), Drain (D), and a Body (B) / Substrate. The bodyside is always connected to the source terminal thus the MOSFET operates as a three-terminal device.

The following are the equivalent to IRF830.

The following are the main features of IRF830. These features will help you understand how this device is different from its peers available in the market.

The IRF830 is used in the following applications.

That’s all for today. If you have any questions, you can approach me in the section below, I’d love to help you the best way I can. Feel free to keep us updated with your valuable feedback and suggestions around the content we share so we keep producing quality content customized to your exact requirements. Thank you for reading this post.