You are here:
Raspberry Pi 3

Developed by Raspberry Pi Foundation, Raspberry Pi Zero is a tiny single-board computer, initially introduced to teach basic computers in schools. Later, it rose to popularity due to its low cost and open source design. Now it is widely used in robotics and embedded systems to develop IoT projects. This device is among the bestselling British single-board computers. I suggest you read this post all the way through as I’ll cover Raspberry Pi Zero in detail. Let’s get started.

What is Raspberry Pi Zero? 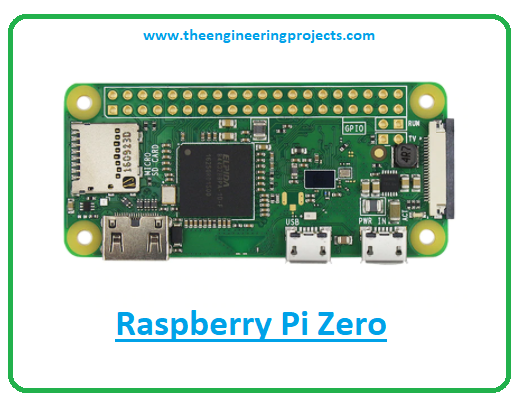 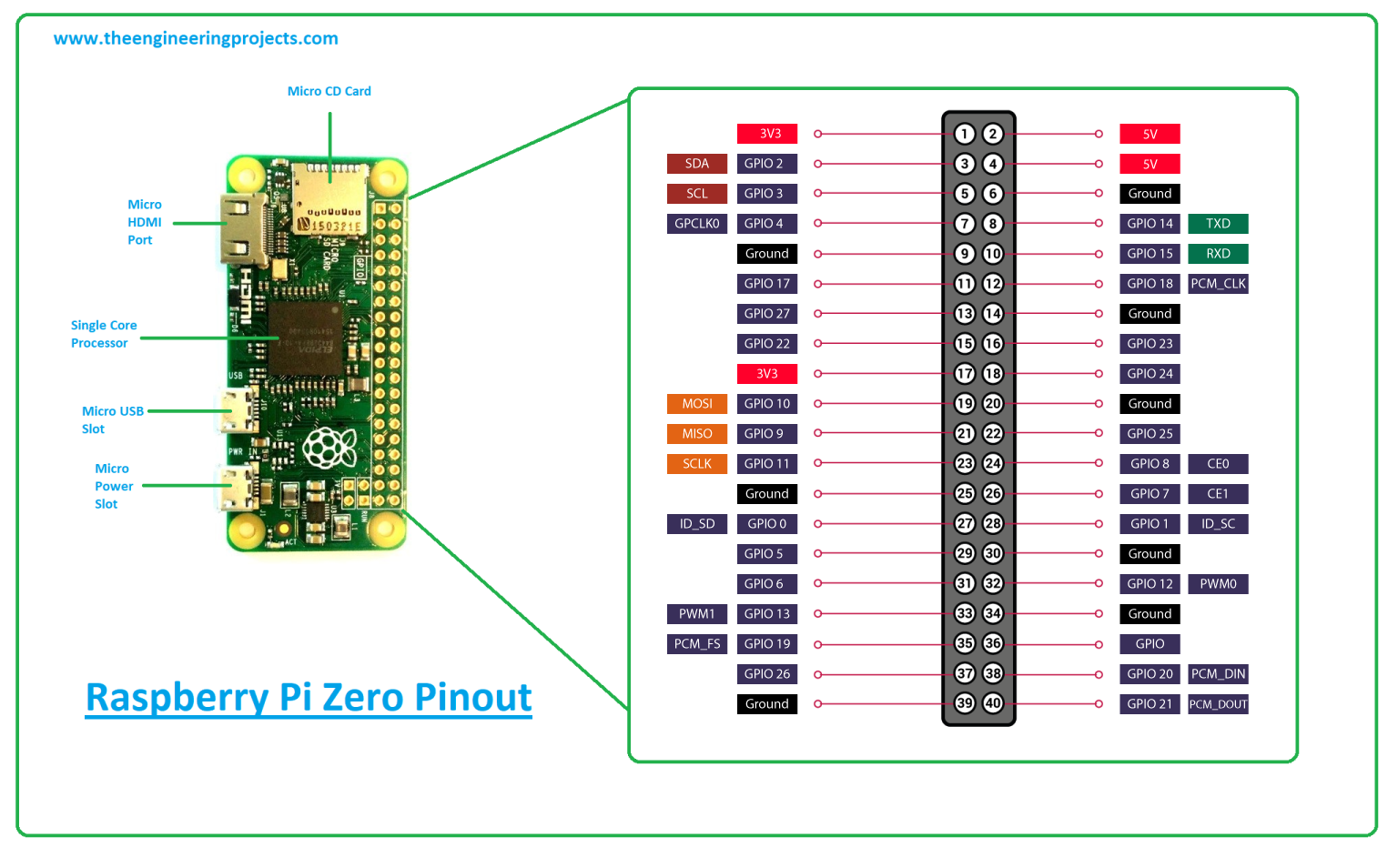 Hope you’ve got a brief insight into the Raspberry Pi Zero. This section is dedicated to the description of pins incorporated into this tiny module.

Power and Ground Pins in RPi0


Raspberry Pi Zero Pinout has 3 voltage levels available, which are:

So, if you are working on simple sensors i.e. humidity, PIR etc. then you can power them up using these power pins of Raspberry Pi Zero quite easily. 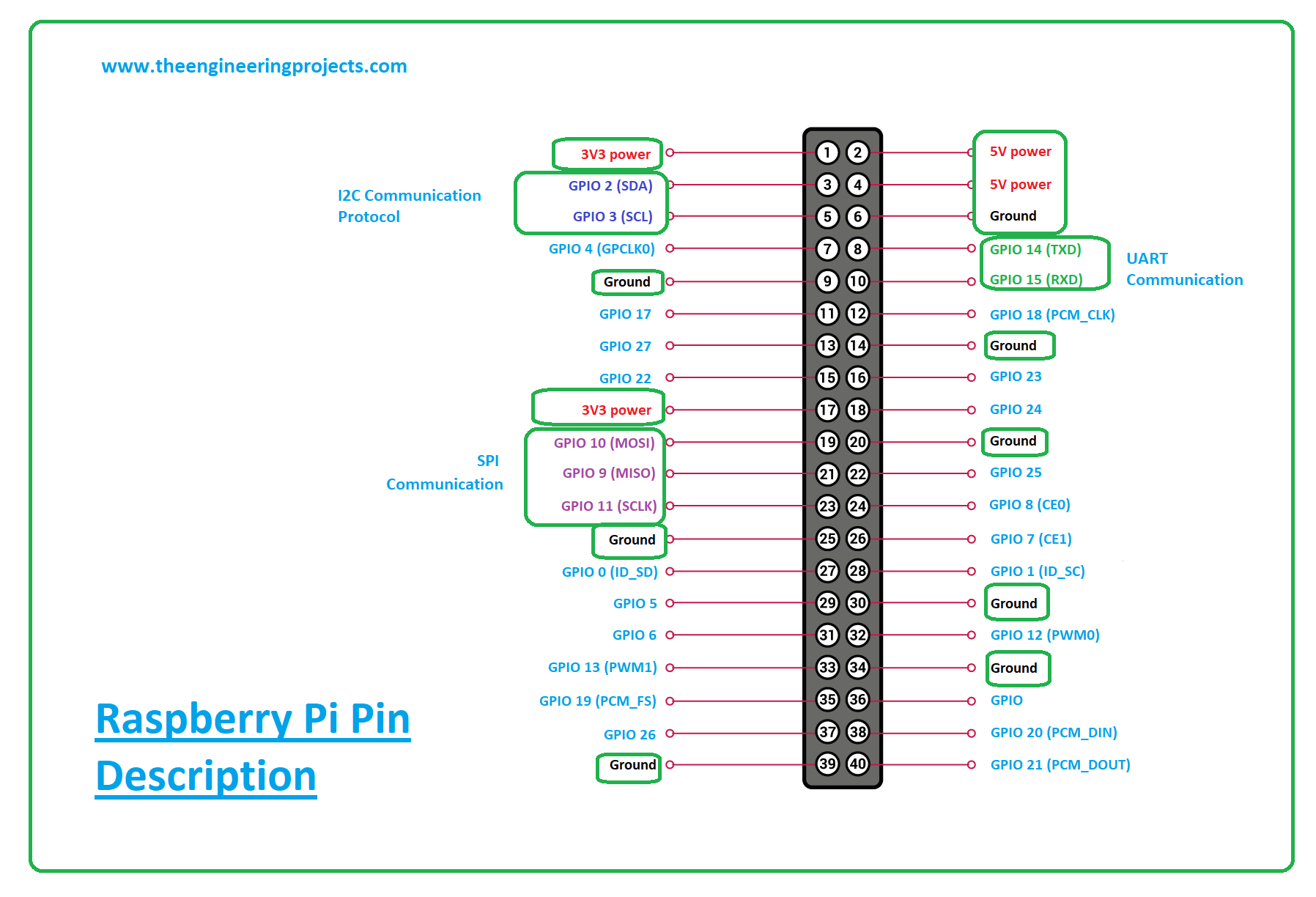 Synchronization of data is carried out by using a clock (SCLK at GPIO11) from the master (RPi) and the information is delivered to the SPI component from the module using the MOSI pin. If the component requires to reply to our module, then it sends back data using the MISO pin.

It is wise to go through the datasheet of the module before incorporating it into your electrical project. The datasheet features the main characteristics of the device. Click the link below to download the Raspberry Pi Zero datasheet.

Raspberry Pi Zero is half the size compared to model A+. This tiny module can easily fit into an electrical project of any size. 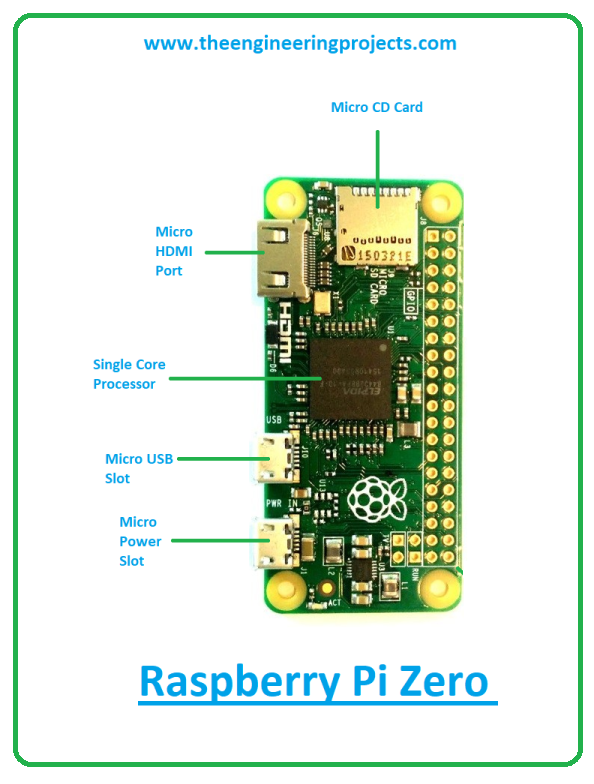 The following are the technical specs of Raspberry Pi Zero.

How to Choose the Right Raspberry Pi

Choosing the right Raspberry Pi is like choosing the computer. In either case, you’ll list the requirements for accomplishing different tasks. More often than not, your requirements fall in the following list.

Speed is the key factor when it comes to choosing your computing system. More speed ensures more work is done in less time. The computers belong to this Pi series are more efficient and robust than microcontroller devices like PIC, Atmel, or Arduino boards. 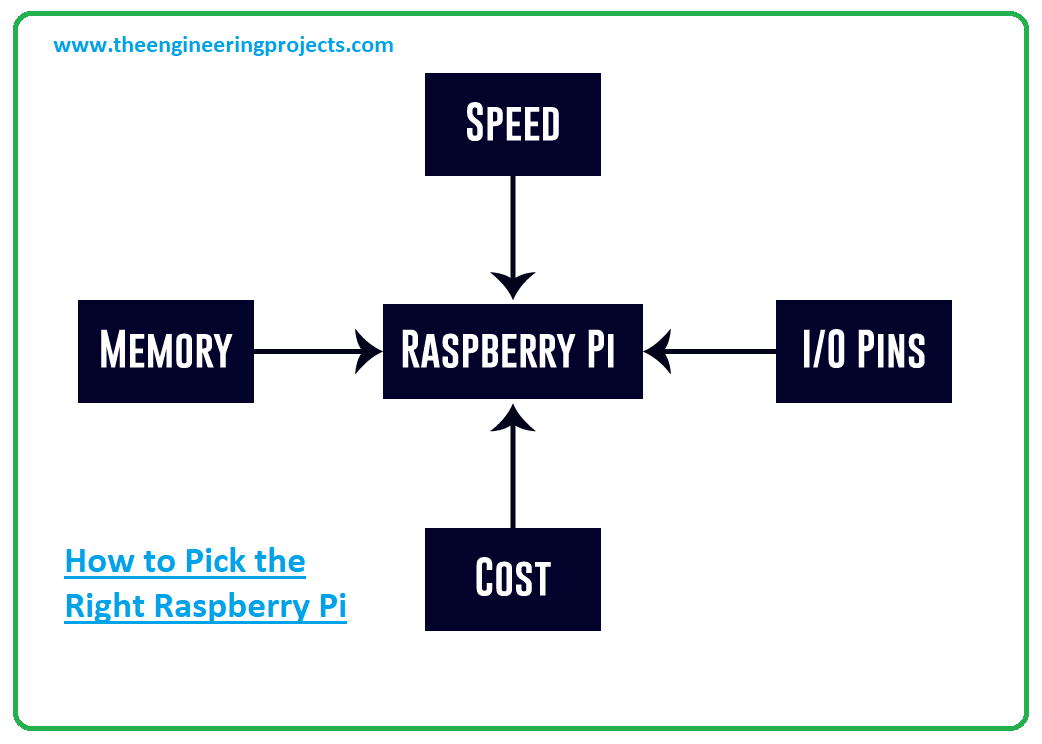 The following are the Raspberry Pi Zero Applications.

That’s all for today. Hope you find this article helpful. Feel free to share your valuable feedback and suggestions around the content we share. They help us produce quality content based on your needs and requirements. You can approach me in the section below if you need help regarding Raspberry Pi Zero. I’m happy and willing to assist you the best way I can. Thank you for reading the article.