What is Physics? Definition, Branches, Books and Scientists

You are here:
Education

Hello Friends! I hope you all are doing well. Today, I am going to give you a very basic and detailed tutorial on What is Physics? We will also discuss Physics branches, popular Physics books, famous physicians, great inventions in the field of Physics etc. When I was thinking of writing this tutorial on Physics, the first thing came to my mind was “Big Bang Theory” (the TV show, not the event itself). Sheldon was a Physicist & in season finale, he won Nobel Prize in Physics for super asymmetry.

In the 19th century, scientists have divided Physical Sciences in 5 major sections:

Physics is considered as the most important branch of Science & mainly focuses on energy & matter. Let’s discuss in detail: What is Physics?

Fundamentaly, this universe is divided into 3 main categories, named as:

Physics is all about this middle-sized matter & their energies. In physics, we analyse all naturally occuring processes/laws and their effects on matter i.e. motion laws, space & time quantum, forces holding objects together, transmission of energy, physical properties, compositions of different matter etc.

So, now let’s have a look at a proper Physics Definition: 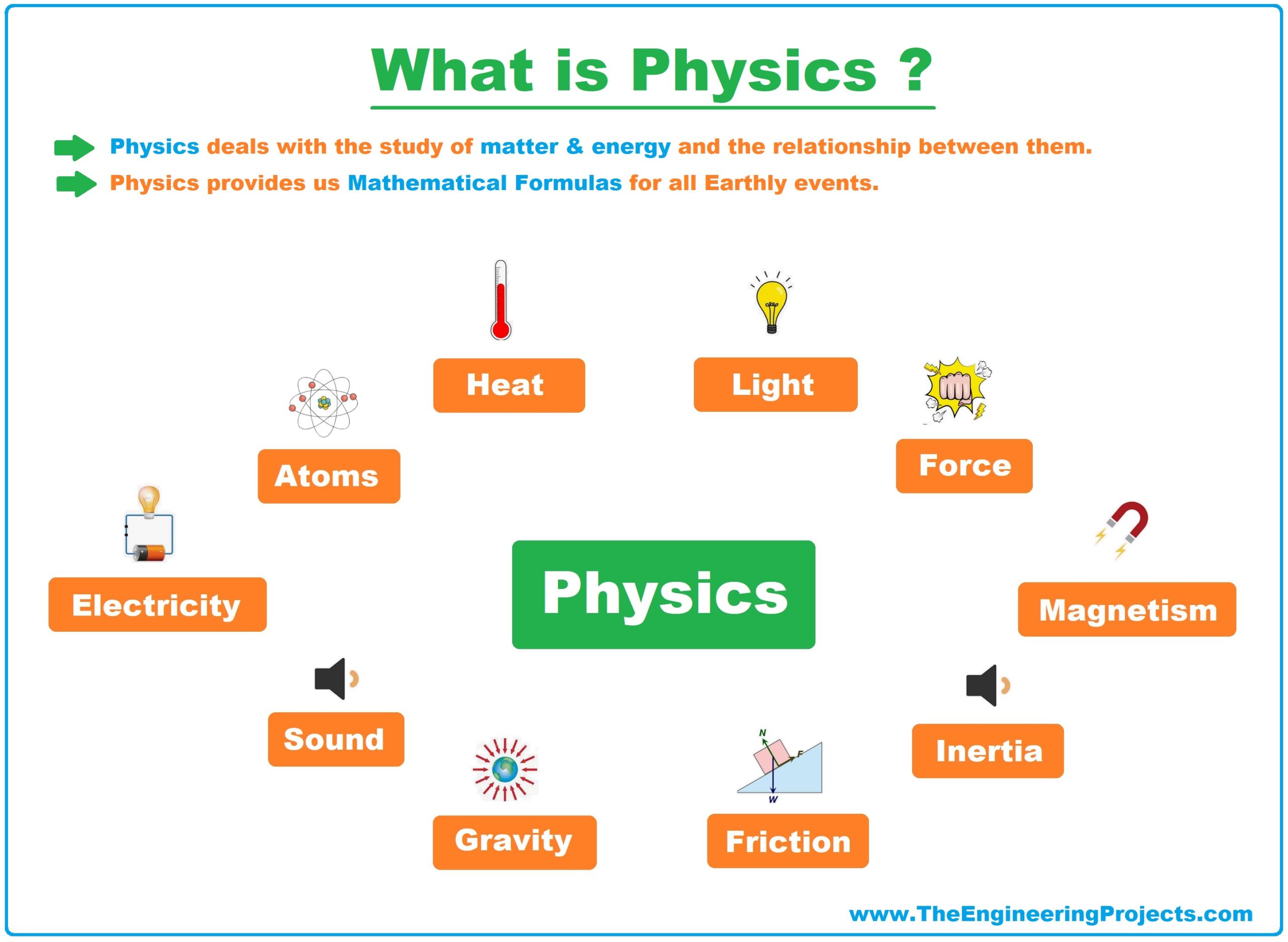 Now, let’s answer this question: Why is Physics important?

Why is Physics important?

Plysics plays an important role in improving our everyday life. If we look around, we will find application of Physics in almost every thing. Our transport system is the foremost application of Physics as it involves inertial laws, thermodynamics knowledge, vehicle’s structure etc. We have seen a rapid growth in science which has become possible mainly because of Physics. Let’s have a look at few important daily life fields using Physics Laws:

As we have discussed, physics deals with middle-sized matter so its applications range from a simple tyre to nuclear energy and thus it is further divided into several branches. Few of Physics branches are as follows: 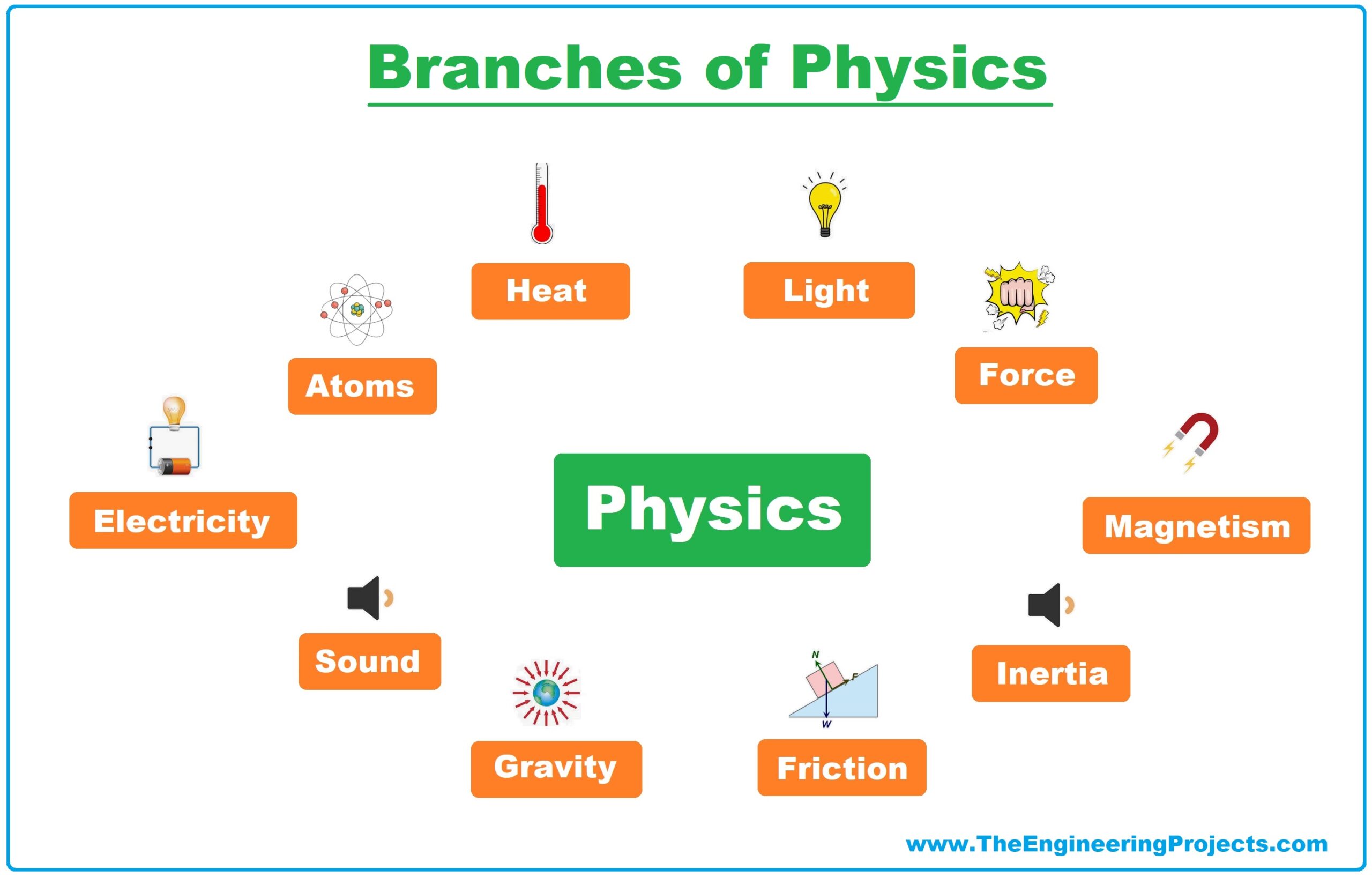 
Few other physics branches are as follows:

Although numerous books have been publised, discussed difference aspects of Physics or Physicists. Here I have mentioned two of my favorite Physics books:

2. For the Love of physics

Some other famous physics books are listed below:

Greatest Physics Scientists(Physicists) of all Times

Physics has evolved with time. There’s a long list of real world heroes, who have made Physics their passion and because of their fruitful efforts, today we have lucuries in our lives. Let’s have a look at few of world’s greatest physicists: 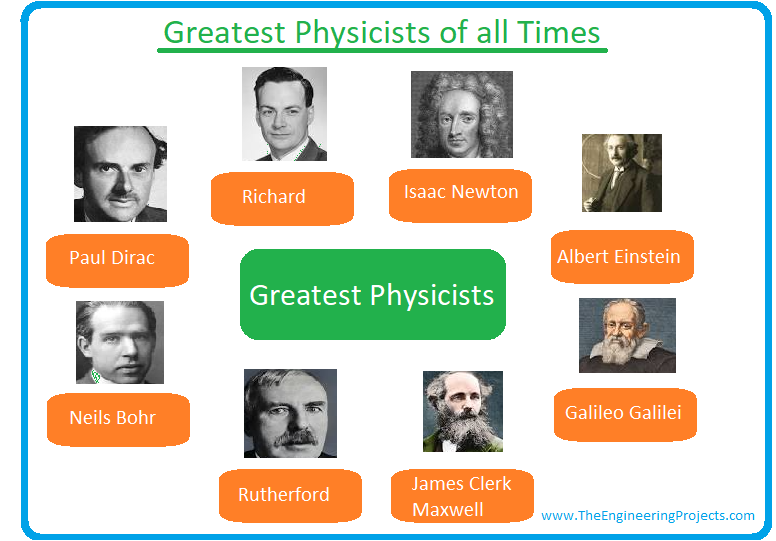 I hope this article will help to understand the basics of physics & its importance in our everyday life. If you have any questions/suggestions, please use the comments section below. Thanks for reading. Have a good day. 🙂

What is Mathematics? Definition, Branches, Books and Mathematicians
March 21, 2021

What is Science? Definition, Branches, Books and Scientists
March 19, 2021

What is Biology? Definition, Branches, Books and Scientists
March 19, 2021

What is Chemistry? Definition, Branches, Books and Scientists
March 17, 2021