What is SLS (Selective Laser Sintering) used for?

Hello friends, I hope you all are doing great. In today’s tutorial, we will discuss what is Selective Laser Sintering, why is it used for.

Selective Laser Sintering is a popular 3D printing technology used to create durable prototypes and end-use parts from CAD files. Its one of the oldest and most popular forms of additive manufacturing techniques and thanks to further technological advances, its use is becoming widespread. In this guide, we will explore what SLS is and what it is used for.

How does Selective Laser Sintering work?

SLS uses a nylon or polyamide powder which is spread successively in thin layers with a high-powered laser that selectively sinters the powder according to data derived from digital models. This process is repeated layer after layer, binding the powdered material together to produce a final, firm structure. Excess powder is removed manually to reveal the final shape before bead blasting is applied to further remove powder residue. 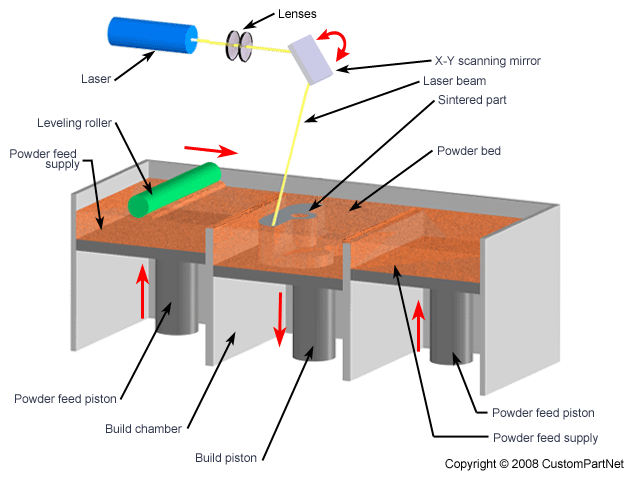 What is SLS used for?

SLS is used for high productivity manufacturing tasks thanks to the laser’s high power and capability to scan quickly and accurately. It is a technology able to produce durable prototypes from a broad range of nylon-based materials, and it is also capable of printing independently moving parts in a single build. SLS is known as the go-to technology for producing complex shapes. It does not require a support structure and utilises unused powder to further add to its strength. In industries where lightweight material is imperative to a successful design (for example, aircraft building and automotive) SLS printed parts are invaluable.

What kind of products are made with SLS?

Being able to produce high strength products at a low volume, using different materials, like glass, plastic, metal and ceramics, means SLS printing is used to create many different tailored products. Medical and dentistry products such as prosthetics, hearing and dental aids are made using SLS. SLS is often utilised in industries where high-volume production is not required, for example, end-use parts for aeroplanes where only small quantities are needed on an infrequent basis.

Businesses are able to store the digital files needed for SLS printing inexpensively and reproduce designs as and when required, instead of spending money on the expensive storage of moulds used in traditional manufacturing.

SLS has an impressive number of benefits. Primarily, it is a technology suitable for high productivity and quick turnaround times of less than 24 hours. The nylon powder used needs only a very brief exposure to the laser for sintering, making the process faster than other technologies. The associated cost of moulds is not required meaning it is ideal for rapid prototyping. Along with these benefits, SLS is a self-supporting technology, affording greater scope for more complex designs. This differs from the more widely adopted FDM (Fused deposition modelling) printing and stereolithography (SLA) which require structure support during printing. Laser adhesion is also stronger with SLS printing and the porous surfaces created to allow for a very effective dyeing process to final shapes and products. 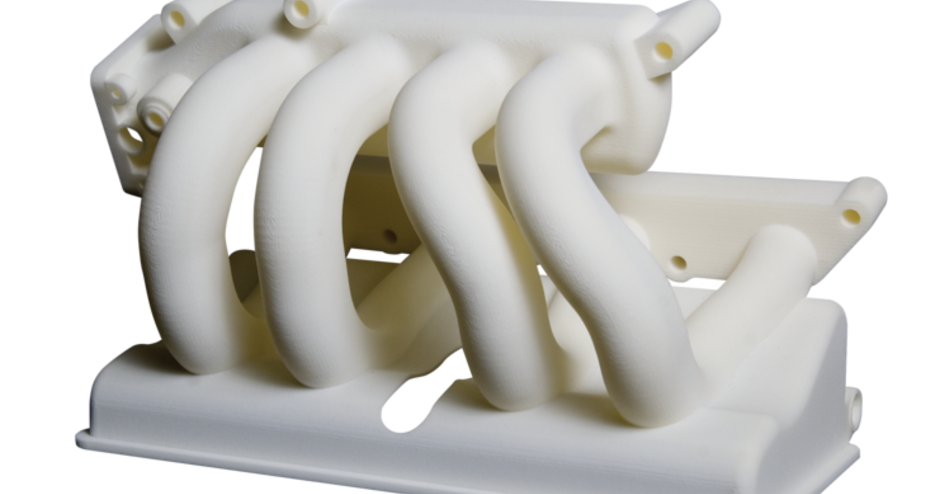 How does SLS compare to other technologies?

Although SLS has a huge array of advantages there are some limitations to its use, warranting the need for other forms of 3D printing technology. One of its key drawbacks is cost. Compared to FDM and SLA printers which are obtainable for around $500 or less, a desktop SLS printer is a few thousand dollars, thus compromising its appeal for hobbyists.

SLS prints are excellent for prototypes but for end-use functional parts, there are some disadvantages because of the porous quality of the final product. Although this porosity lends itself to excellent dyeing and colouring potential, this is not the case for the structural integrity of the final product. In addition, because SLS prints go through a cooling process following sintering, there is the propensity for shrinking and warping leading to the production of inaccurate shapes.

Compared to SLA printing, where liquid resin is used instead of powder, SLS printing can generate more waste. This is because the resin in SLA printing can be reused whereas the quality of reused powder in SLS printing is compromised and needs to be disposed of. Coupled with this, the process of cleaning the powder from the finished product is messy. In an industrial setting, this does not cause a problem as cleaning chambers are often used, however, this necessary procedure can be off-putting for those using a small scale or desktop printers as the powder is difficult to control.

SLS is a proven and effective form of 3D printing and has been used in manufacturing for decades. Predominantly used in an industrial setting for rapid prototyping, it is difficult to envisage its use for smaller-scale activities as the inherent expense, poor recyclability of powder and complexity of use have so far formed a barrier for 3D printing novices.