Hello friends, I hope you all are doing great. In today’s tutorial, we are gonna have a look at detailed Introduction to HC-SR501. HC-SR501 is basically a motion detector sensor, which uses infrared waves for detection of an object. It is an automatic control device, also have large sensitivity and high reliability. It is used in auto-sensing control devices, where we need to perform motion detection.

HC-SR501 is used in industrial projects and buildings for security purposes. In today’s post, we will have a look at its pinout, working, protocol, circuit diagram, etc. I will also share some links of projects where I have interfaced it with Arduino and some other microcontroller. Friends if you have any questions please ask in comments I will try my best to solve your problems and I will give you a comprehensive answer. So let’s start with basic Introduction to HC-SR501:

Using HC-SR501 as a Standalone Unit

Now lets have a look at its versatility by this circuit diagram. 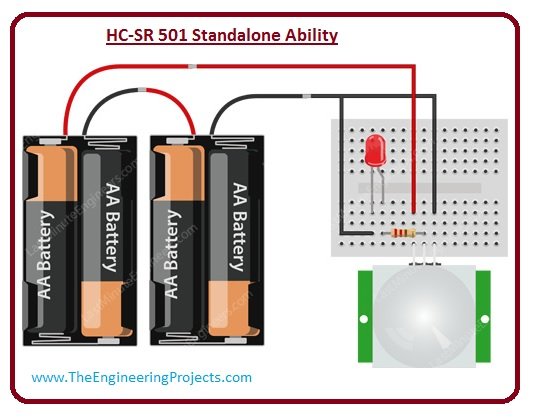 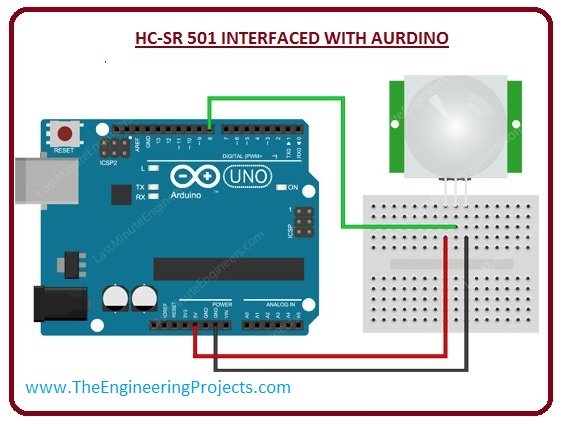 Lets discuss HC-SR501 Functional Description with detail and know how it operate when someone come in its working range. 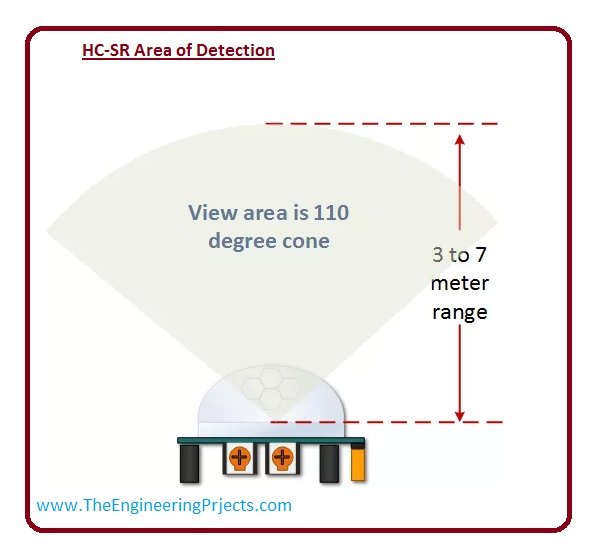 These are some application of HC-SR501:

So, that was all about Passive Infrared motion sensor HC-SR501. I hope you have enjoyed today’s tutorial. Let me know if you have any questions. Will meet you guys in the next tutorial. Till then take care !!! 🙂