Hello everyone! I hope you all will be absolutely fine and having fun. Today, I am going to provide the detailed discussion on PIR Sensor Arduino Interfacing. PIR basically stands for Passive Infrared Sensor. Basically PIR is an electronic equipment which is often used to measure the infrared light radiating from the different objects in their field of view. It detects the infrared energy released from animals as well as from human beings, when this energy is higher than the certain threshold level PIR sensor shows an indication correspondingly. The energy detected by PIR sensor is usually in the form of heat i.e. emitted by humans as well as from animals.

We can also test and verify our results in Proteus using PIR sensor. I have already shared PIR Sensor Library for Proteus. PIR sensor is most of the time used for sensing the motion of the different objects. It can sense the different objects up to 10 meters. It has three different pins. Each pin is assigned with the different task to be performed when the sensor is in working condition. PIR sensor has several different features like wide voltage supply ranges, automated induction, photosensitive control, low micro-power consumption, high output signal and many more. PIR (Passive Infra Red) sensor is most of the time used in security systems. Moreover, it can be used in OEM applications, automatic illuminating devices, building detection, building automation, alarm & security systems and at a lot more places in real life. The further detail about PIR Sensor Arduino Interfacing will be given later in this tutorial.

PIR sensor stands for Passive Infra Red sensors. As it is clear from its name that PIR is an electronic device or sensor used to measure the infrared energy emitted by animals and human beings. This energy is emitted in the form of heat. When this energy is above the certain level, there is algorithm to show an an indication that the desired level has be reached. This tutorial is based on PIR interfacing with Arduino. PIR sensor is shown in the figure below along all of its pin names. 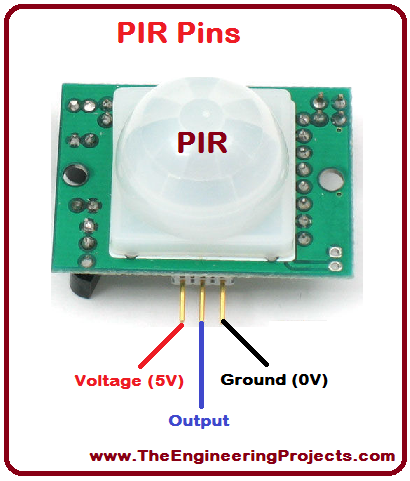 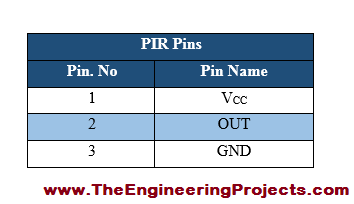 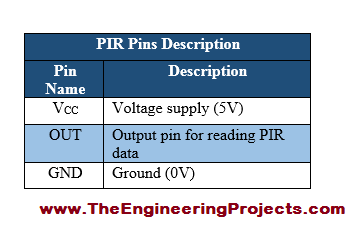 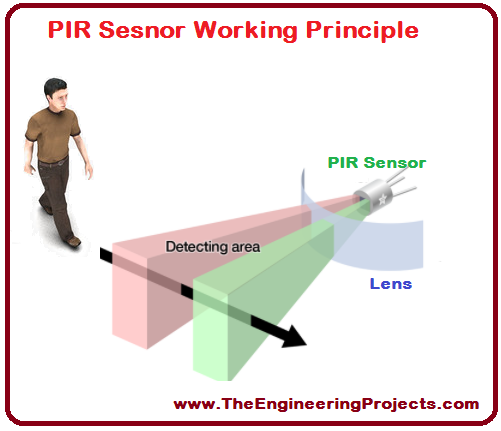 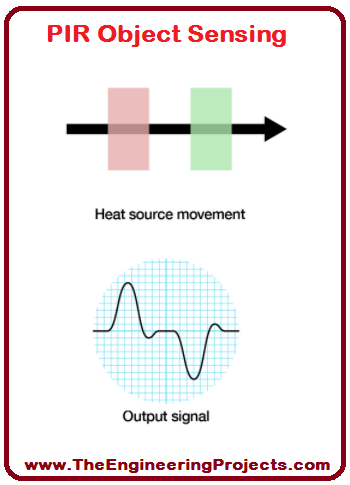 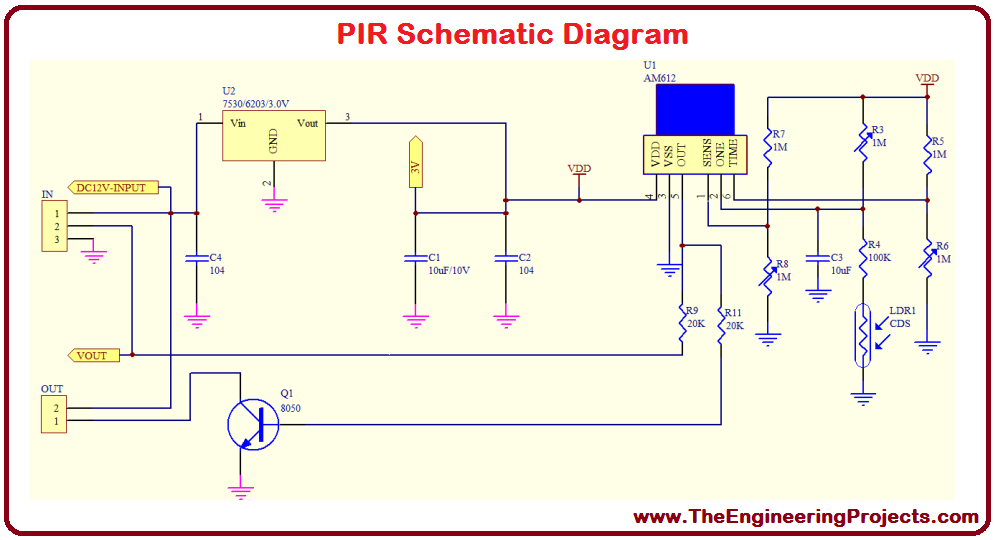 A list of apparatus required for PIR interfacing with Arduino is given below. 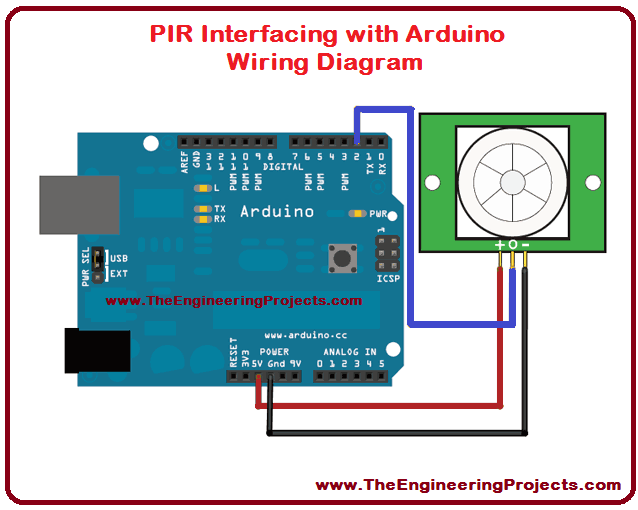 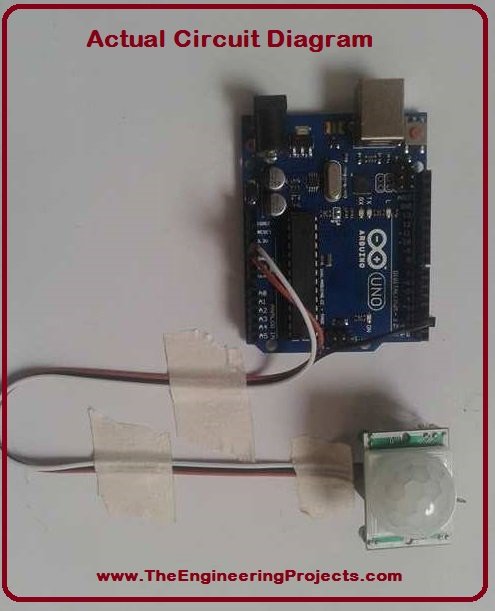 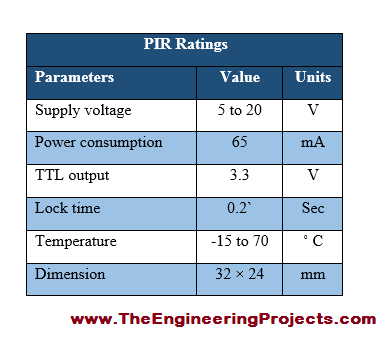 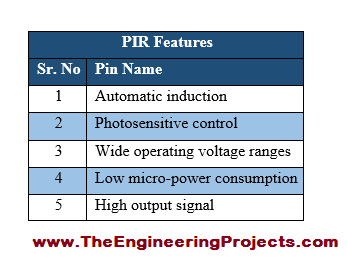 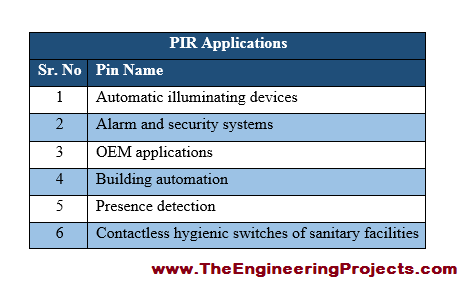 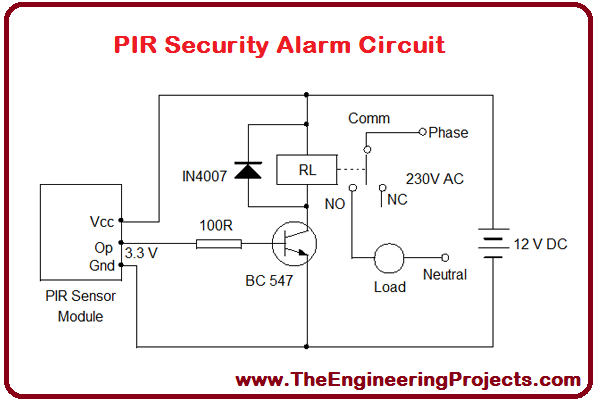 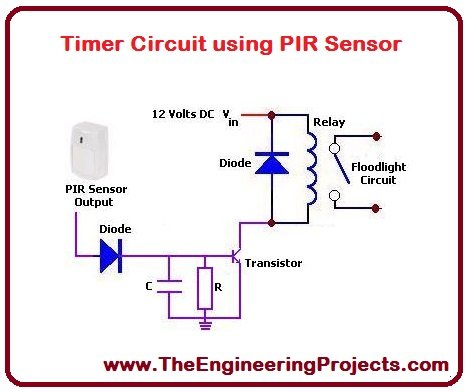 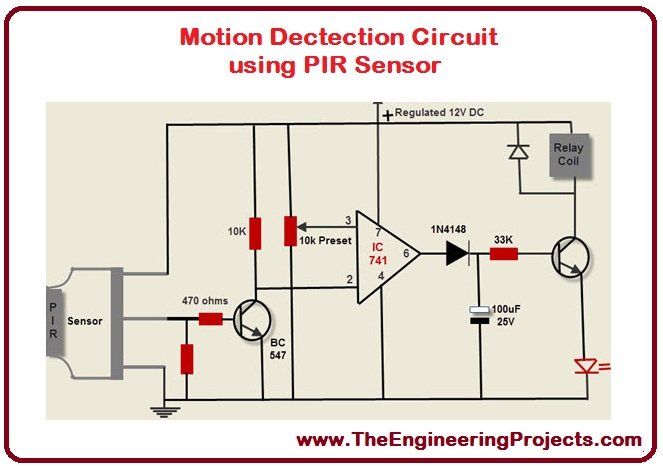 The tutorial PIR Sensor Arduino Interfacing has provided the detailed discussion about the interfacing of PIR sensor with Arduino. If you feel any problem in PIR Sensor Arduino Interfacing, you can ask me in comments anytime. I will try me level best to entertain you and to solve your problems. I will share further informative topic in my later tutorials. Till then take care and bye 🙂