Hello everyone! I hope you all will be absolutely fine and having fun. Today, I am going to give you an elaboration about Introduction to Pixy Camera. It is basically is an electronic device or sensor having fast vision. It is also known as fast vision sensor most of the time. Using this device we can teach to find objects in a very less time duration. It is an image sensor having a very powerful processor. Pixy is easy to interface with the micro-controllers e.g. Arduino. We can make different programs only to send the desired data from the device to micro-controller. In this way micro-controller can not overwhelm.Pixy camera is able to communicate with the micro-controller in several different ways e.g. serial communication, I2C protocol, digital out, analog out and SPI communication techniques. Using this type of communication between pixy camera and micro-controller we can also perform other tasks when camera is communicating with micro-controller. We can also attach multiple pixy cameras with a single micro-controller. Its normal mean of image detection is through RGB (Red Green Blue) color detection technique. Moreover, it can also detect different images using hue and saturation techniques. Light doesn't effect the image detection of this camera. Its a huge problem while doing image processing techniques. This module has an ability to find hundreds of objects simultaneously and it can remember seven different types of colors. It detects images with a very fast processing speed of 50 frames per second. It is a low cost and highly efficient device available in the market. The further detail about introduction to pixy camera will be given later in this section.

Pixy camera is a fast vision electronic device. It can capture 50 frames per second. It can communicate with the mirco-controller using different types of communications e.g I2C protocol, SPI and serial communication. Its image detection technique is not effected by the light like all other devices. It cam remember 7 different colors simultaneously. Its a low cost device. It also uses hue & saturation technique for image detection. Pixy-camera is shown in the figure given below. 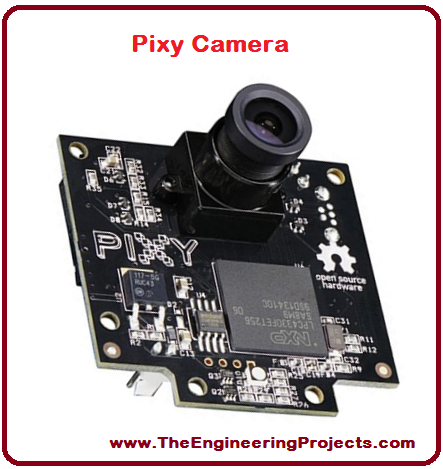 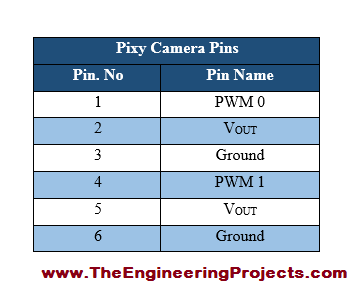 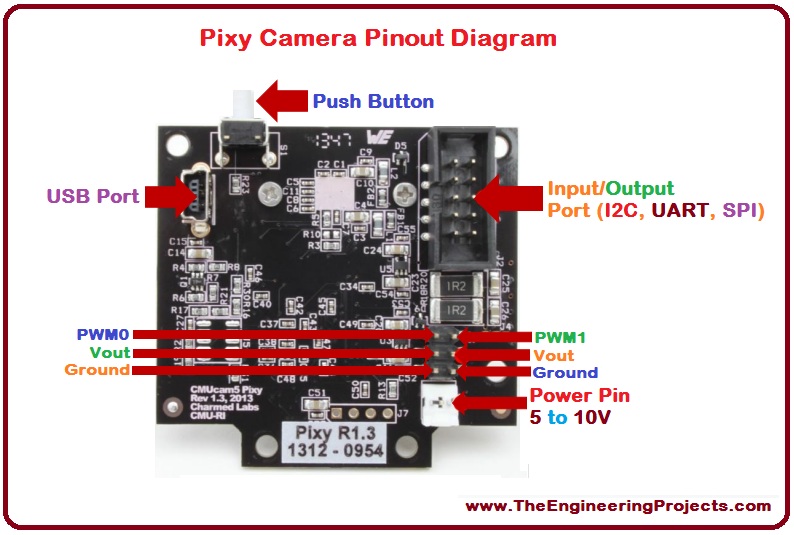 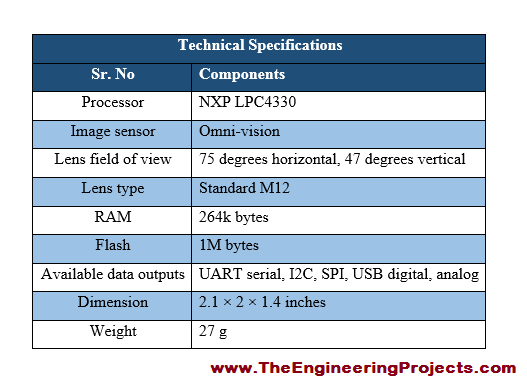 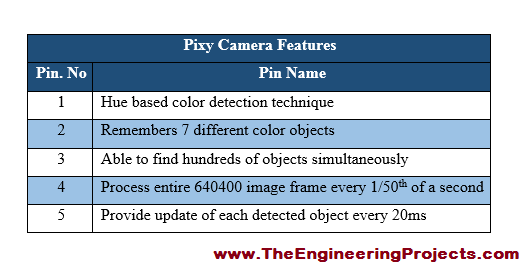 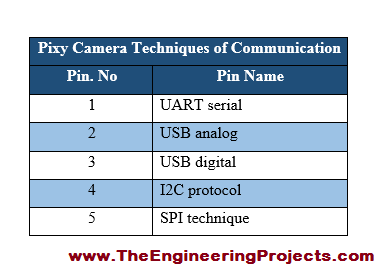 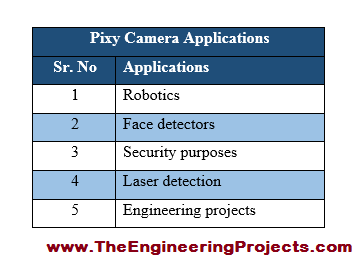 The tutorial Introduction to Pixy Camera has provided the detailed discussion on the basics of this module. I hope this tutorial is proved to be an informative for you and you will enjoy this tutorial. You can ask us if you have any problem. I will try me best to help out you. I will share different informative topics in my upcoming tutorials. Till my upcoming tutorial, taker care and bye :) 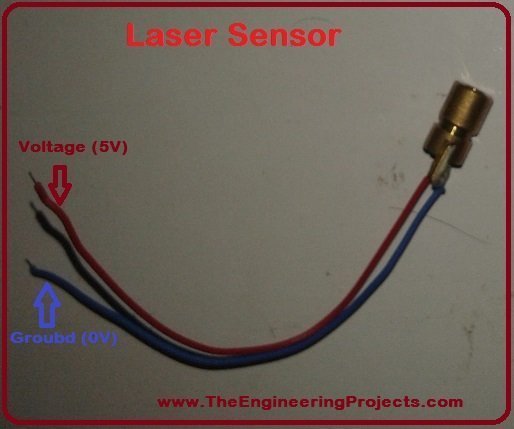 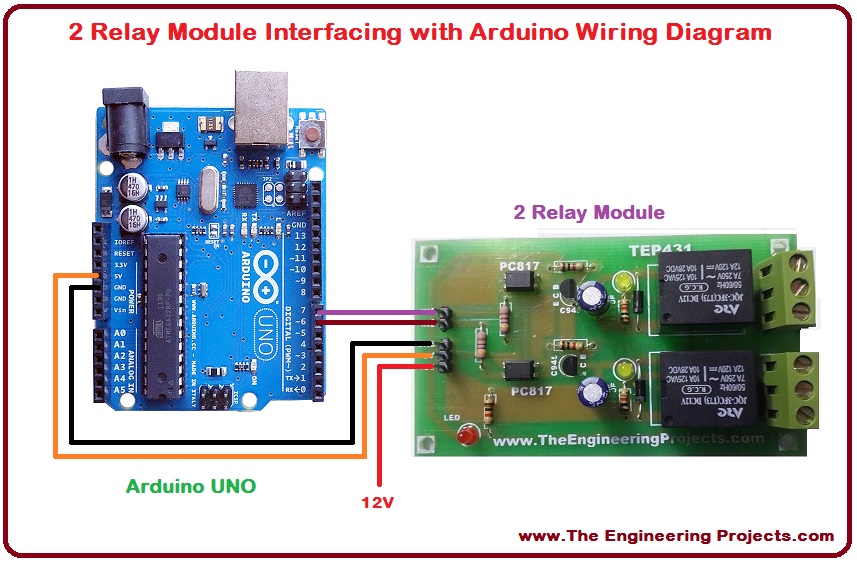