Security systems are widely suggested for homes as well as other locations. Everybody wants to take necessary steps to prevent infiltration at home, thus this security is necessary. Intruders nowadays may take advantage of almost any illegal activity and wreak havoc on a property’s security. The security of one’s home is a critical concern that everyone faces in the current day.

While there are certain devices on the market that may considerably help protect your house, some of them are excessively costly and need constant maintenance. Many devices regarding smart home security systems are available in the market but these are not user friendly according to the budget, the device we designed provides the user with a better interface with the help of LCD. We have used enough sensors that make sure the security protocol.

So in this way, we designed a reasonable security system that has the features of gas and flame detection with the help of MQ-2 Gas Sensor and flame sensor respectively and also have installed a Motion detector sensor known as PIR sensor to detect the intruder’s motion. For a better user interface an LCD and Alarm are installed to alert the user. The whole system is programmed using Arduino UNO. A proteus circuit is designed for this project as shown below: 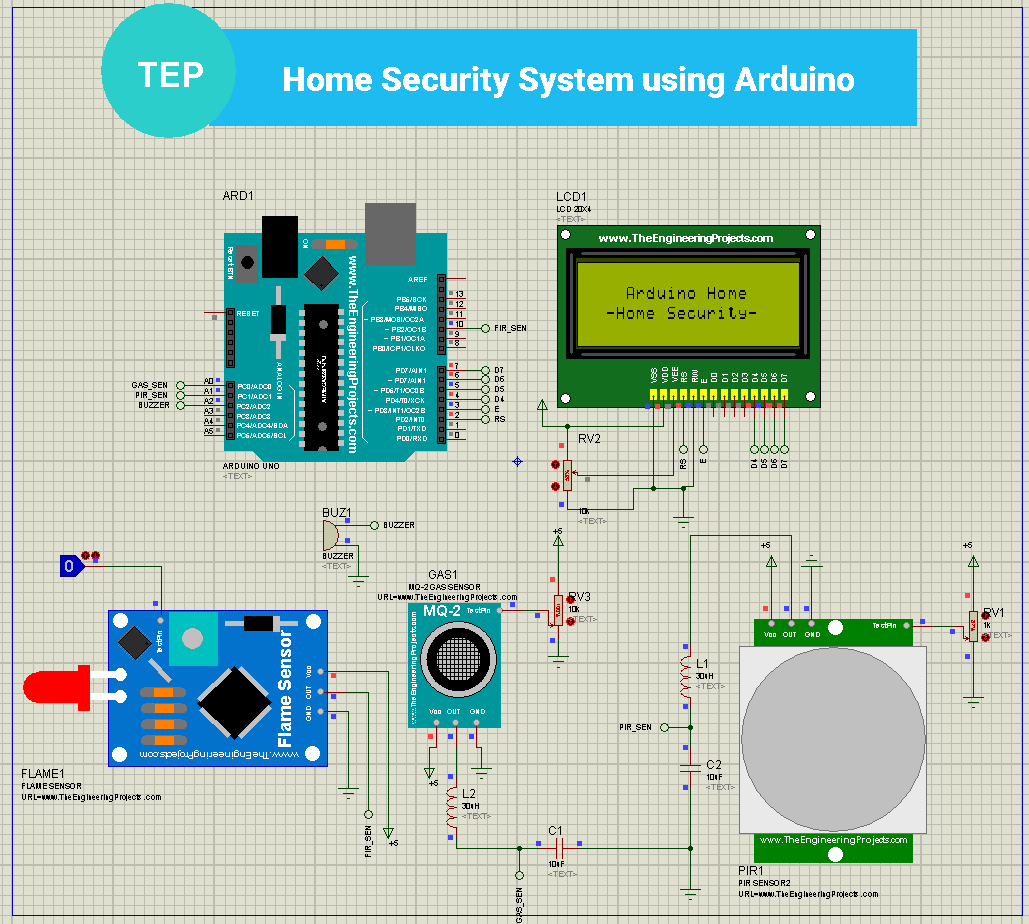 
For the home security system, we have used 3 sensors which are briefly explained as follows: 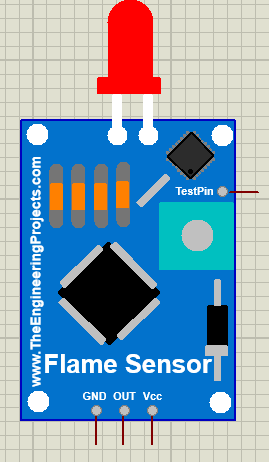 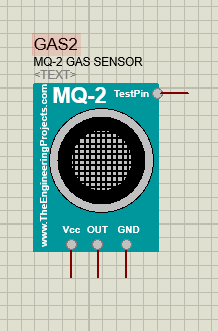 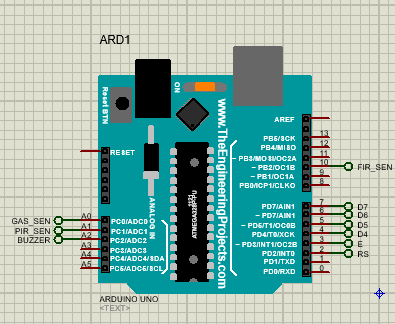 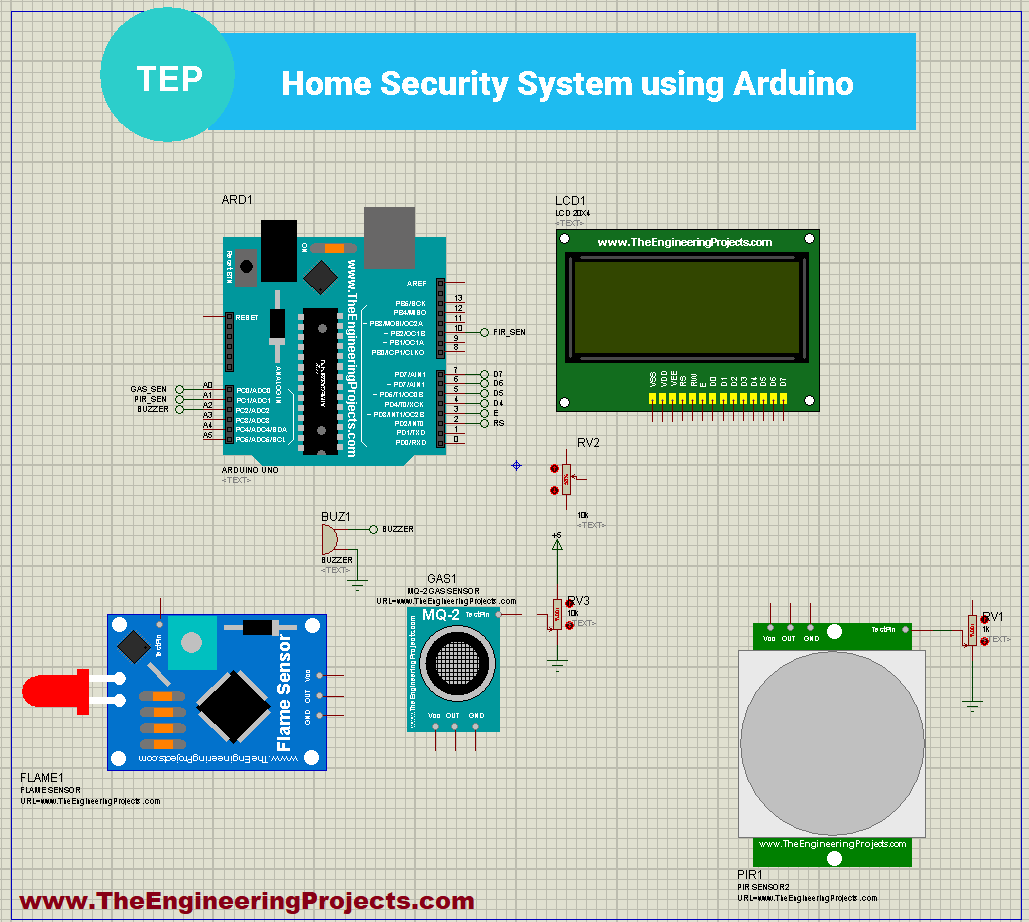 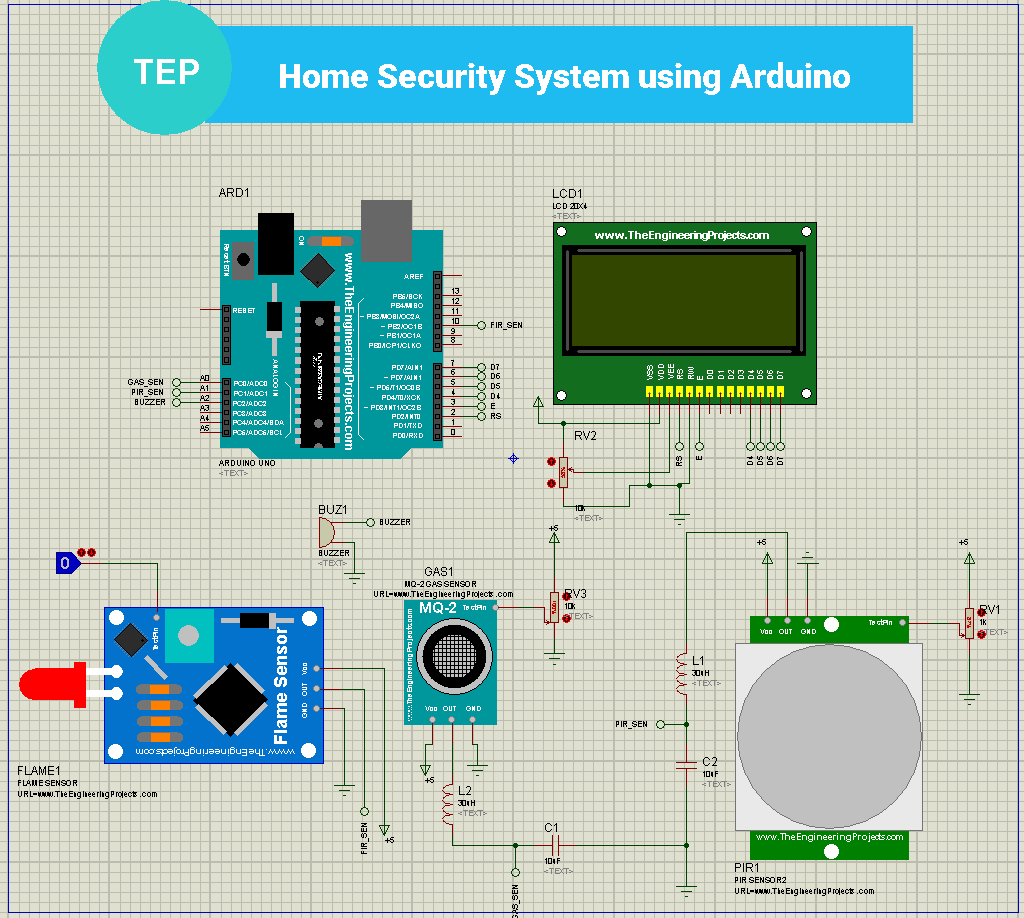 So, now we are going to design the Arduino Code for this simulation:

We have designed the circuit in our Proteus Simulation and next, we need to design its Arduino Code, in order to make it work. 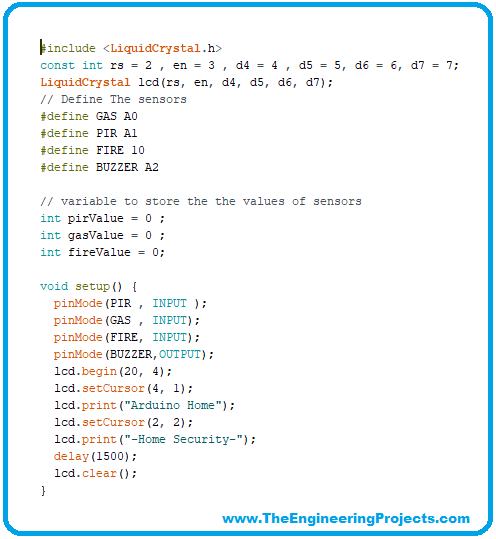 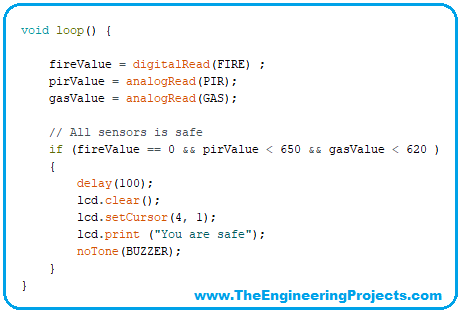 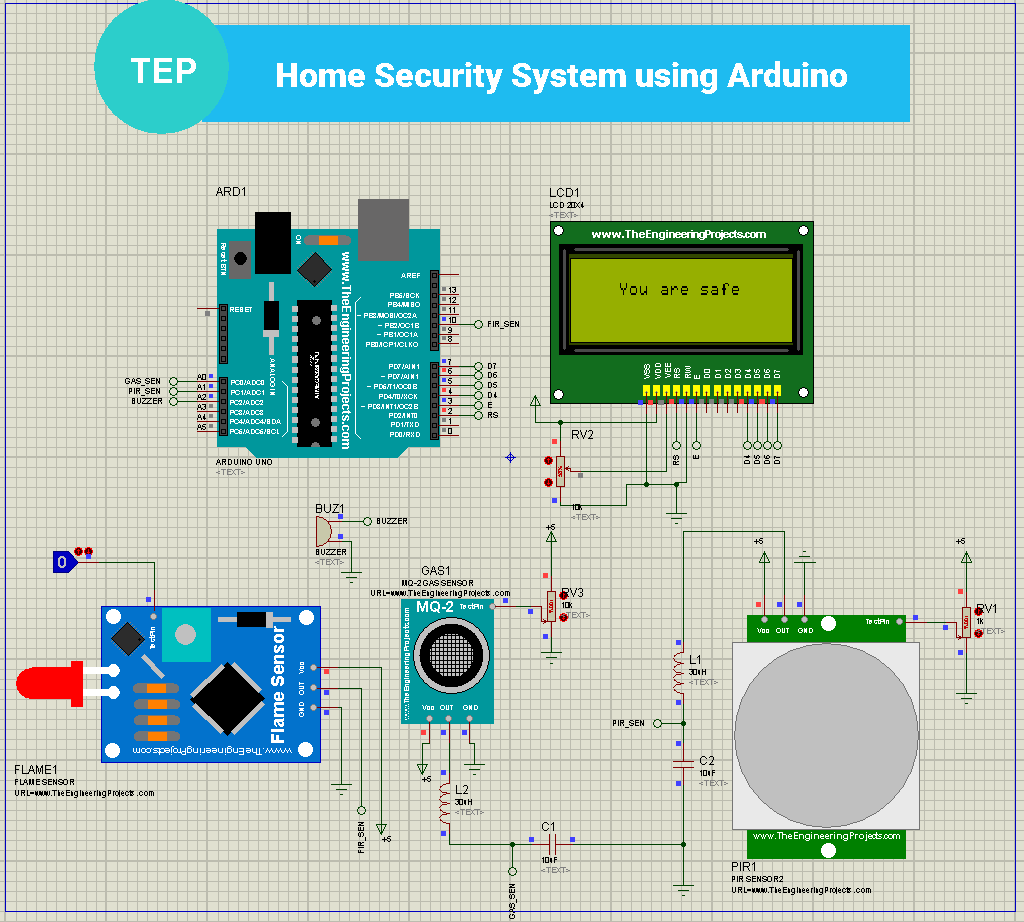 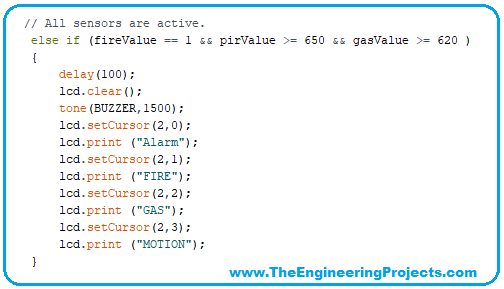 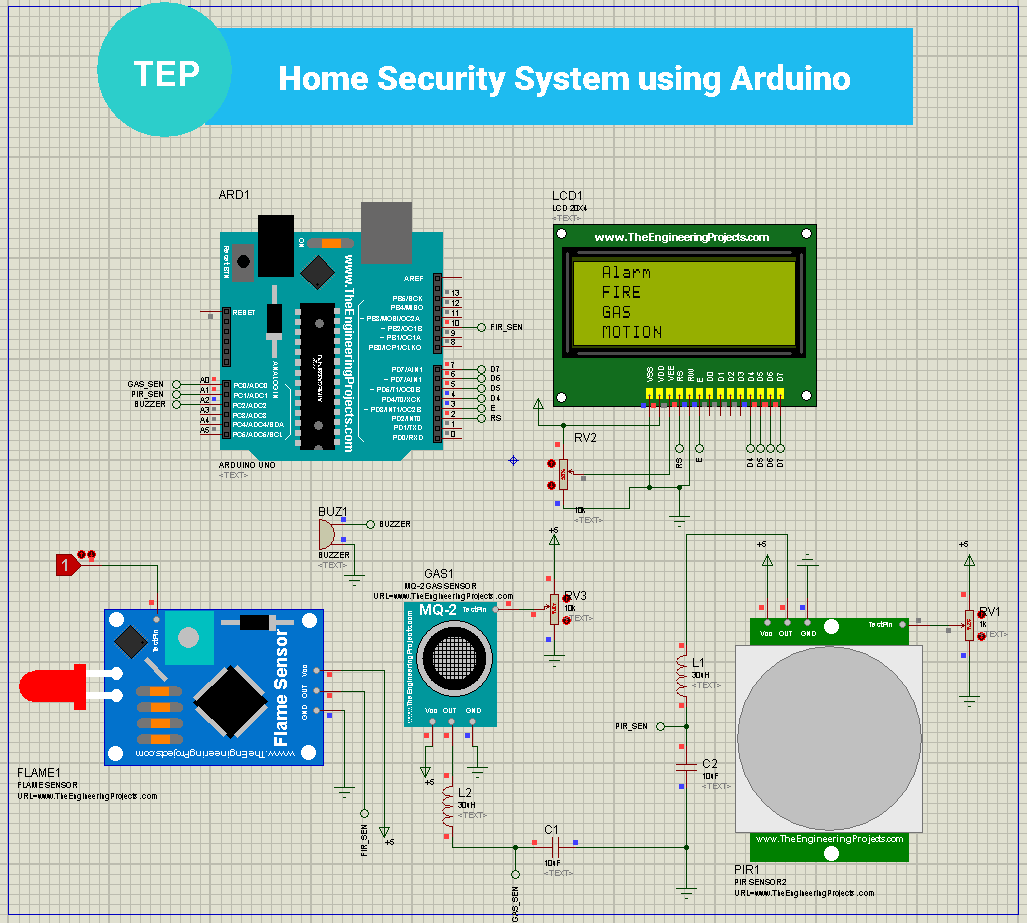 It deters the crime and notifies the user about the gas or fire problem. Home security systems are mostly utilized for safety reasons in residences, businesses, and educational facilities. Another option is to use a mobile device or the internet to send data to a remote location. Other modules, such as a wind sensor or a fire sensor, might be added to the system in the future. Voice alarm modules may also alert you to an intruder or a gas leak if you use them. We can increase the number of sensors to make it better. We can use the latest technology of the Internet of Things that makes our system wireless. A growing number of devices and goods are being connected to the Internet, which is referred to as the Internet of Things by the phrase. We can use the Internet of Things to produce a low-cost security system for residential and industrial applications that is especially useful for home security. When the door is opened or an unauthorized entry is detected, the system will send an alert to the owner. The user may take action after getting the notification. ESP8266 Wi-Fi module will connect to and interact with the Internet, while an Arduino Uno microcontroller keeps track of the system’s status, as well as a magnetic Reed sensor for sounding the alarm. The principal advantages of this system are ease of installation, low costs, and low maintenance requirements.

So, that was all for today. I hope you have enjoyed today’s project. If you have any questions, ask in the comments. Thanks for reading. Take care !!! 🙂